Thurles Sarsfields are crowned Tipperary county U19 A hurling champions 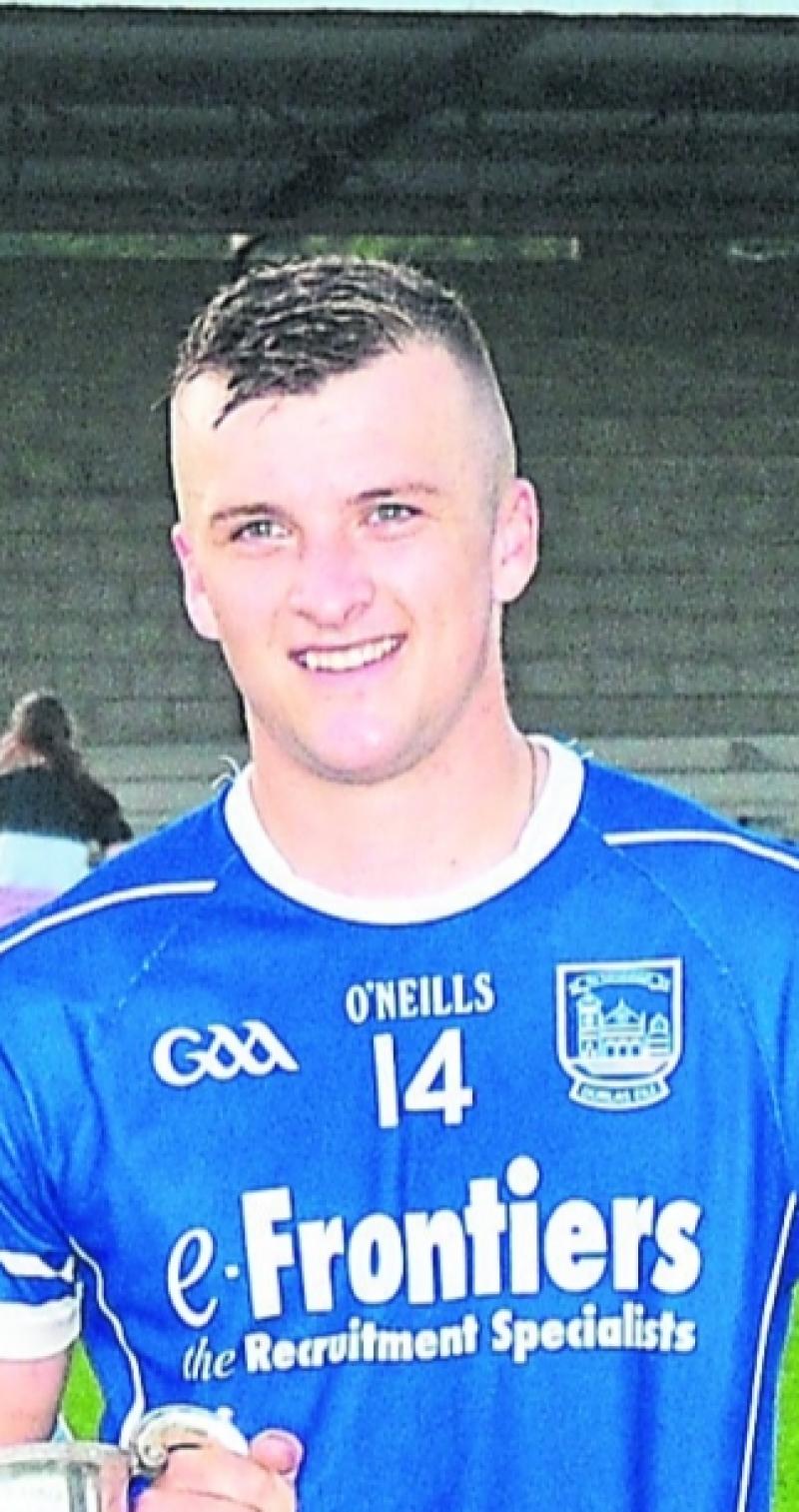 Thurles Sarsfields confirmed their favouritism in the inaugural FBD Insurance county U19 A hurling championship final at Leahy Park, Cashel this afternoon when they proved too strong for St Mary's.
Sarsfields led from the fourth minute and were always those few steps ahead of St Mary's, which they needed to be to fend off a spirited challenge by the Clonmel team.
The Thurles side were grateful for a scoring contribution of a dozen points from Tommy Maher, a haul that included ten converted frees and a 65. Maher's accuracy from placed balls proved vital, to the extent that whenever St Mary's edged closer he invariably got them out of trouble.
Maher was one of his team's best while the pacey Liam McCormack, who contributed four points from play, was another of their star performers, especially in the opening half. James Armstrong, Henry Fogarty and Jack O'Mara also shone for Sarsfields.

With young players of their calibre coming on stream, the famed Thurles club's conveyor belt of talent is rolling along nicely.
St Mary's came up against a more streetwise team, but with a greater rub of the green and more penetration in attack they were capable of causing an upset. If it's any consolation then they'll know they were beaten by an exceptionally good Sarsfields side, even if the mid champions weren't at their best today.
If all these players keep hurling and this panel stays together, then the future of hurling in St Mary's is in safe hands.
Peter McGarry led his team in the scoring stakes and was one of their main sources of inspiration. Eoin McCarthy did an effective policing job on Sarsfields danger man and captain Paddy Creedon, restricting him to a single point.
Tadhg Condon, James Morris, Ross Slattery, Cathal Deely, Tadhg Sheehan and Dean Cagney also put in impressive shifts.
On a balmy, sunny autumn afternoon, Sarsfields led at half-time by 0-12 to 0-7, yet both sides had reason to be satisfied at the break. Sarsfields, who were moving smoothly, held a five-point advantage, while St Mary's had succeeded in staying in contention against their highly-rated opponents, with Anthony Keeley pivotal to their cause in a sweeper role.
Released from his first half defensive responsibilities, Keeley broke away from the Sarsfields cover to fire the opening score of the second period. Peter McGarry gave them further hope three minutes after the restart when he plucked Adam Brannigan's puckout out of the air before flinging a fantastic shot from distance over the bar, to leave just a goal between them.
That was still the gap after Tommy Maher and Dean Cagney had exchanged scores from frees. St Mary's will look back with much regret on the next phase of the game, when they missed the target from four scorable chances for points, while another effort from Peter McGarry from distance dropped short. They ended the day with nine wides, while Sarsfields had eight.
As the initiative swung back towards Sarsfields, Tommy Maher found his range from a 65 on the three-quarter mark, and the same player struck the last stroke of the third quarter with another converted free (0-15 to 0-10).
Peter McGarry revived the Clonmel team's challenge with a 51st minute score from play, after his long-range free had been returned to him. However Mary's shot themselves in the foot by conceding two more frees, which sharpshooter Tommy Maher inevitably punished.
Liam McCormack added gloss to the scoreline with the final score of the game, with the assist provided by Darragh Stakelum.
To their credit, St Mary's didn't give up the ghost as the minutes ticked away. A period of sustained pressure ended with Tadhg Condon shooting their final score from a third successive 65, and Peter McGarry's low free in the fifth minute of added time was blocked and cleared by the massed Sarsfields defence, after Cathal Deely had been hauled to the ground.
Despite that late surge, Sarsfields comfortably preserved their two-goal lead.
St Mary's were crying out for a goal to force the issue but they never came close to raising a green flag. Neither did Sarsfields, although their need wasn't as great in this respect.
Peter McGarry opened the scoring for Mary's in the first minute, with Tommy Maher equalising from a free. When Liam McCormack raised a white flag in the fourth minute, Sarsfields had a lead they would never relinquish, with St Mary's always chasing the game after that.
Scores from a Tommy Maher free, Daniel Rossiter and Liam McCormack helped Sarsfields establish a 0-5 to 0-2 lead by the ninth minute. With three freetakers, Tommy Maher and St Mary's' Peter McGarry and Dean Cagney mostly disturbing the scoreboard, the difference between them stayed at three points until the dying embers of the first half, when Paddy Creedon and another Tommy Maher free stretched Sarsfields' advantage to five points at the interval.
St Mary's had a half-chance of a goal around the same time when Ruairi Leahy raced onto Shane Ryan's pass but, under pressure from a defender, he couldn't get a clean strike away and the danger was cleared.
Thurles Sarsfields: Aidan Stakelum, Emmet Fogarty, Jack O'Mara, Kieran Woodlock, Killian Rafter, James Armstrong, Conor Fogarty, Philly Hayes, Henry Fogarty, Daniel Rossiter (0-1), Darragh Stakelum, Tommy Maher (0-12, 10 frees, 1 '65), Liam McCormack (0-4), Paddy Creedon (captain 0-1), Jock Fogarty.
Substitutes: Robbie Stapleton for Daniel Rossiter (53 minutes), Dean Fanning for Philly Hayes (60 minutes).
St. Mary's: Adam Brannigan, Oisin Power, Ross Slattery, Josh Kennedy, Tadhg Sheehan, Tadhg Condon (0-1 65), James Morris, Eoin McCarthy, Peter McGarry (0-6, 3 frees), Dean Cagney (0-4, 3 frees), Cathal Deely (captain), Sean Cooney, Ruairi Leahy, Shane Ryan, Anthony Keeley (0-1).
Substitutes: Conor Parker for Oisin Power (half-time), David Barry for Anthony Keeley (53 minutes), Eoghan Walsh for James Morris (58 minutes).
Referee: David Ryan (Cashel King Cormacs).