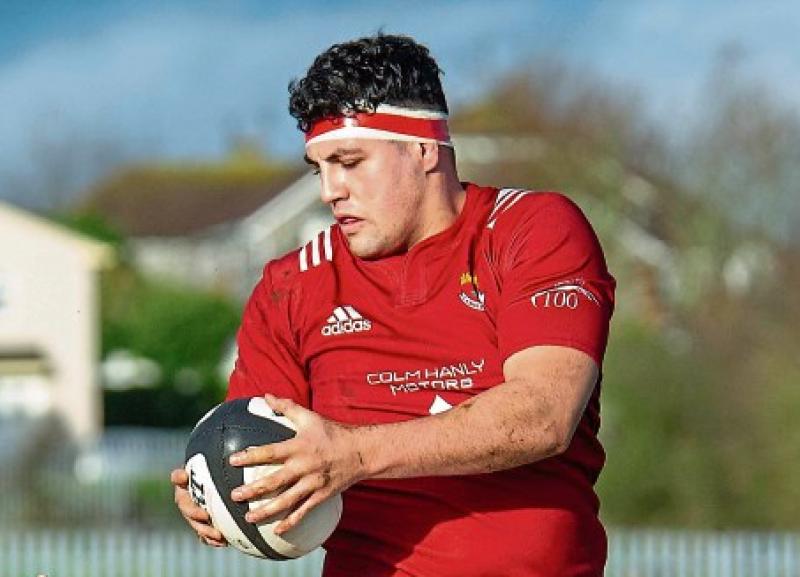 ALL IRELAND LEAGUE DIVISION 2A ROUND 5

When the sun set on Dubh Lane, Belfast on Saturday evening last the men of Cashel had achieved one of their most famous victories when they scored a fourth try deep in injury time to not alone defeat red hot favourites Queens University, who were sitting at the top of the table with four wins, but also secured a four try bonus point win.
It was achieved in a performance built on guts, determination, skill and pride and a determination to show, when given the opportunity to play, they can mix it with the best in Division 2A of the All-Ireland League.
Readers of the rugby section will have noticed there was no rugby report from Cashel last week, as the fixture with Rainey Old Boys scheduled for Cashel on October 30 was cancelled late on Friday evening, as Rainey had a suspected Covid case. Of the 125 All-Ireland League fixtures made for the first five rounds, two have been cancelled, both were Cashel home games and both were declared 0-0 draws, with each team being allocated two league points. Both Covid incidents were not in Cashel and the outcome had a huge negative impact on the Cashel club from a financial and footballing perspective, as clubs are expected to do better in their home games and can also expect a good gate.
With all this upset in the background they bravely travelled to Belfast, with nobody outside themselves giving them a chance. Cashel opened up play from the beginning and dominated possession. Their scrum was solid and when Johnny Blair won a huge turnover on ten minutes, Queens were penalised and Steven McMahon secured the three points from the tee.
Seven minutes later Queens scored an excellent try in the right hand corner. The conversion from the touch line was impressive.
Both sides at this stage were running the ball and when Queens looked dangerous, Conor Cashman put in a crunching tackle on halfway. The ball broke to Steven McMahon, who beat two defenders to score a try in the corner and nudge Cashel 8 points to 7 ahead.
On 30 minutes Conor Cashman drove over for the team’s second try.
The game drifted on to the half-time whistle with the score Queens 7 Cashel 13.
Queens upped the pace at the start of the second half and it was clear why they were at the top of the table. Their backs were quick and the forwards began to drive at the Cashel defence. Three minutes into the half they were in for a converted try.
Soon Queens were in again for a converted try and suddenly 21 points to 13 down in five minutes, it looked bleak for Cashel.
With 23 minutes left there was a five-minute break in play for an injury to a Queens player. Cashel regrouped and crucially they unleashed the Ryan twins, Brendan and Ciaran, from the bench and how they impacted on the game. They carried, tackled and won penalties in the scrum.
On 70 minutes Ciaran made a break and was held up just short of the line. The ball was recycled and after a number of phases Brendan Crosse scored under the posts, Steven McMahon converted and Cashel were now only a point behind.
Michael Kelly came on at hooker for his first taste of AIL rugby this season and when Josh Pickering was injured in a clash of heads, coach Daragh Lyons came on in an unfamiliar position at scrum half. He used all his experience to organise matters and suddenly Queens were on the back foot. Wave after wave of Cashel players pounded the Queens line. Dan O’Neill made a burst and was caught two metres out. Two minutes into injury time Brendan Ryan barged over for the all-important winning try.
There was one more chance for Queens but Cahel secured the kickoff, Queens infringed and Daragh Lyons kicked to touch to end the game.
For Cashel the front row of captain, Cathal Ryan, Niall Fitzgerald and Jonathan Blair were outstanding and Cashel shaded the scrums all day. Michael Kelly and Brendan Ryan kept the standard up when they came on. Richard Moran and Brendan Crosse were excellent in the engine room. Brendan Crosse had his best game ever for Cashel. Idris Rqibi, James Ryan and Mikey Wilson tackled and carried all day and were more than a match for the opposing back row. Ciaran and Brendan Ryan brought an intensity to the last quarter that swung the game in Cashel’s favour. Josh Pickering played his high tempo game and took a lot of heavy hits during the game. Playing his first game at number 10, Cian Mullane was outstanding. Alan McMahon and Conor Cashman are jelling into a formidable mid field pairing and their defence was solid and line breaks crucial. Richard Kingston and Diarmuid Gallagher defended well, with Kingston putting in one vital try-saving tackle. Steven McMahon at full back was a revelation. He was assured under the high ball, made a number of excellent breaks and had a good day with the boot on a difficult day for kickers. Daragh Lyons settled matters when he came on and in the short time that Dan O’Neill was on the field he was almost over for a try. Queens were disappointed and contributed to a great game of rugby but acknowledged that the Cashel performance deserved victory.
Cashel’s next game is at home to mighty Ballymena on November 20.