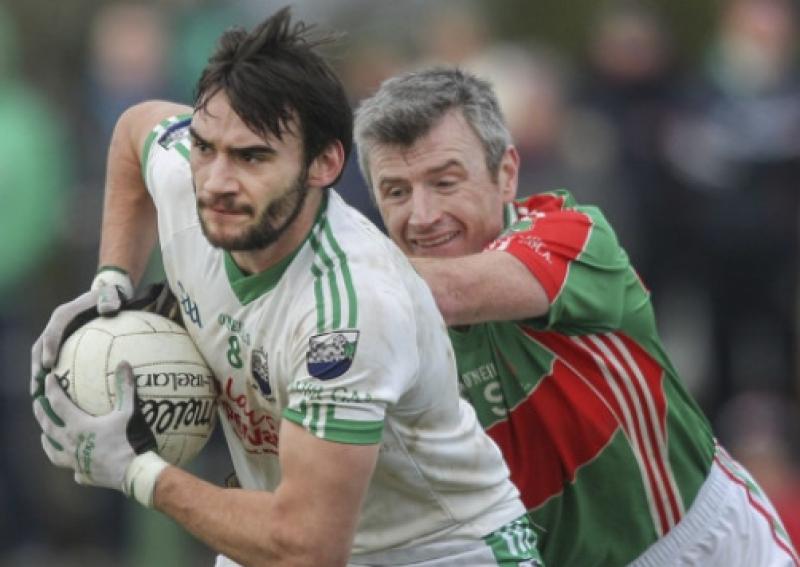 One more chance to keep our senior football status - Our big game last weekend was the senior football relegation battle with Arravale Rovers. This was a real pressure game played in ideal conditions on Sunday at 12 noon. And we were under the cosh from the start, conceding three goals in the first ten minutes.
We settled down however and Kevin Grogan and Jack Buckley scored five points between them in the first quarter to leave the score 3-1 to 0-5 at the first water break. Our good form continued in the second quarter and we were level just before half- time, 3-1 to 0-10. However, two quick points from Arravale Rovers saw them lead by two points at half- time.
That was as good as it got for us, as Arravale started at a blistering pace and scored eight points to our two in the third quarter. We also lost Sean O’Connor who was playing very well, with a double yellow.
Try as we might, we were unable to make progress against a strong and experienced Arravale team. The final score was Arravale 3-14, Cahir 0-13.
The early goals made it a very difficult game for the players, but great credit is due to them the way they kept plugging away and brought the game back level after 28 minutes.
We have one more chance to retain our senior status when we play Moyne/Templetuohy in the relegation final.
The team and scorers were as follows; Patrick O’Donovan, Patrick Meehan, Ger Hally, Eoin Donaghy, Ciaran Condon (0-1), Sean O’Connor, Brian McKenna, Eddie Kendrick, Stephen Grogan (0-1), Niall McKenna (0-1), Robbie Costigan, Jake Kiely, Sean Murphy (0-2) Kevin Grogan (0-3) and Jack Buckley (0-6).
Subs used: Nicholas Reidy, Dylan Fitzgerald, Colin McEniry, Eoghan Kelly and Conor O’Brien.