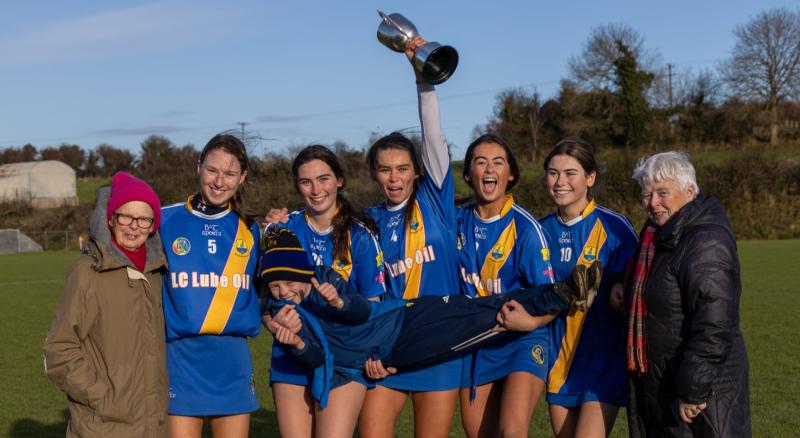 The Ryan sisters, Anna, Maria, Ellie and Danielle, members of the winning Boherlahan Dualla team, wildly celebrate with their family after last Saturday’s historic win in the county junior A final.

Supporters in the County Camogie Grounds in The Ragg on Saturday last were treated to a highly entertaining and keenly contested county junior A final, with the sides level at half-time and again on 45 minutes, as whisperings of possible extra-time started to emerge.
But instead Boherlahan Dualla produced a powerful final seven minutes, with some excellent point-taking, to finally pull away from the north Tipp team and run out five-point winners, 0-16 to 0-11, to capture their first-ever junior A title.
Moneygall had the wind behind them in the first half and the game started at a lively pace, as both sides went on the attack.

Junior A Camogie Semi-Final wins for Moneygall and Boherlahan Dualla

The free count was high on both sides, leading to a lot of stoppages. Both sets of free takers were superb, though, with Cathriona Doughan and Mairead Teehan on target for Moneygall while Lisa O’Connor was very accurate for Boherlahan Dualla.
Mairead Teehan was winning a lot of possession in midfield for Moneygall and supplying her forwards, where Niamh Larkin and Cathriona Doughan looked threatening. Aoife Kavanagh and Emma Horgan in the Boherlahan defence had also began brightly, and at the first water break the sides were level at four points each.
Tipperary senior players Mary Ryan and Sarah Delaney were having a great battle and every passage of play was keenly contested, as both teams looked to get their hands on the final adult trophy of the season.
There was huge drama in the 25th minute when Boherlahan Dualla centre back Aoife Kavanagh was shown a red card for a strike across the hand of Mary Ryan in her attempt to block her clearance.
Mary Ryan had to leave the field but thankfully for Moneygall was able to resume after treatment.
The red card came as a huge blow to Boherlahan Dualla but credit to the players and management, they adjusted their line-up and got on with the task in hand. Emma Horgan slotted into centre back and produced an excellent second half display.
Points from Sarah Delaney and Danielle Ryan meant the sides went in level at half-time, 0-8 each.
In the second half Boherlahan Dualla had the advantage of the wind but Moneygall continued to have the numerical superiority. 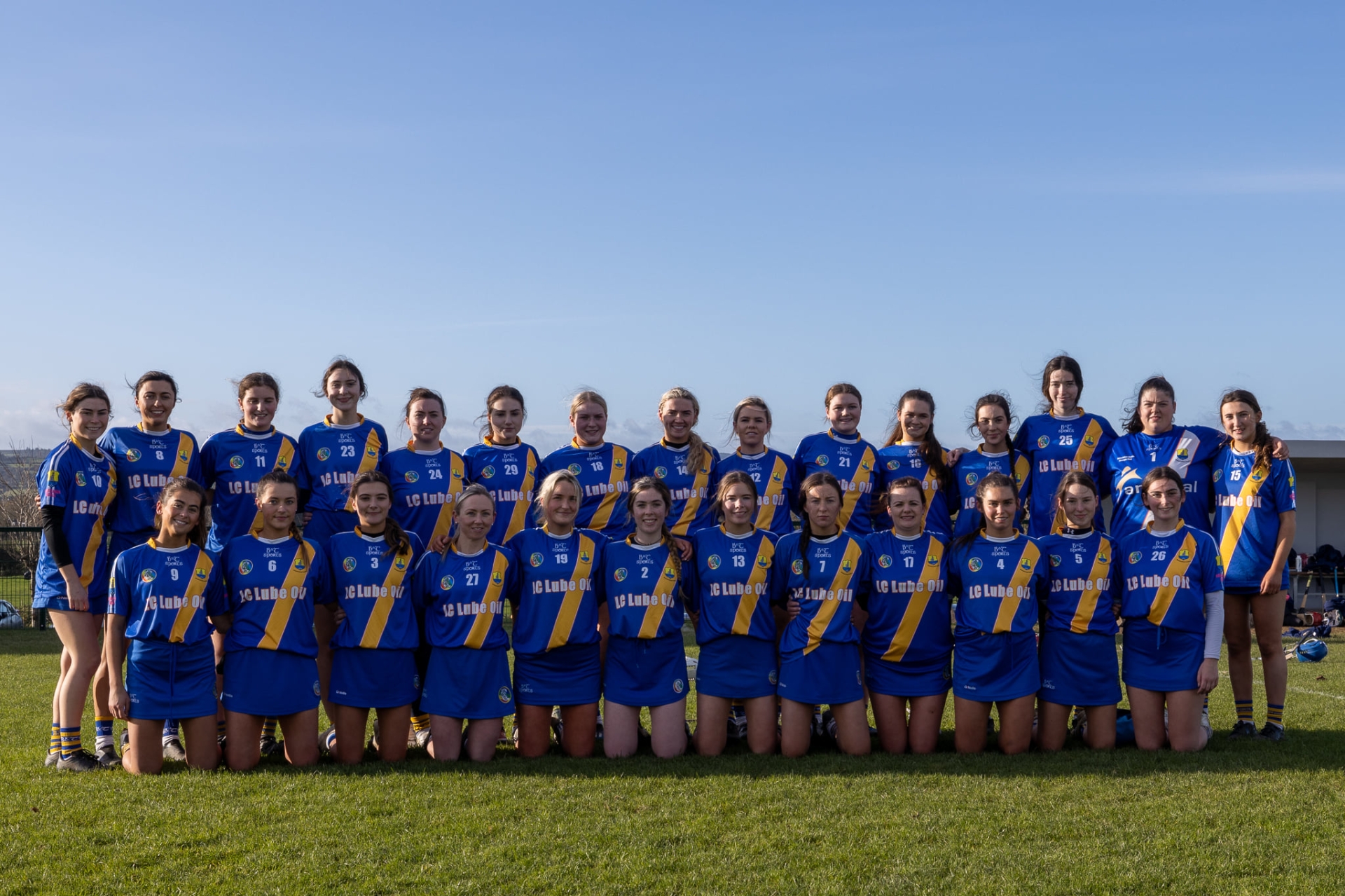 The Boherlahan Dualla team who defeated Moneygall by 0-16 to 0-11 in the county junior A camogie final played at The Ragg on Saturday last. PICTURES BY VINCENT FLYNN

In an intriguing second period both sides continued to exchange points, with the ball sent up and down the field. Lisa O’Connor was unerring from frees but also scored points from play in the second half, along with Anna Murphy and Aoife Kennedy.
Moneygall were back in numbers defending against the wind, which meant that when they did go on the attack they had huge space to exploit at the opposite end. This created two gilt-edged goal chances that they failed to take, with two excellent saves made by Lauren Horgan, whose huge puckouts were also a major asset for her side.
Had Moneygall scored either of those goal chances, we could have been looking at a different result. In the end it was Boherlahan who seemed to find another gear when it needed.
Perhaps it was earlier nerves but suddenly they seemed to shake off the shackles and the scores began to flow freely, with Sarah Delaney and Clodagh Horgan all getting in on the act. Both sides’ work ethic and attitude was top class but in the end Boherlahan Dualla’s forwards proved to be more effective. They were deserving winners and will be a match for any team next year in intermediate.
For Moneygall Ciara Maher and Edwina Keane were best, along with those mentioned earlier. They will take heart from a very successful championship, where they were only beaten by one team.