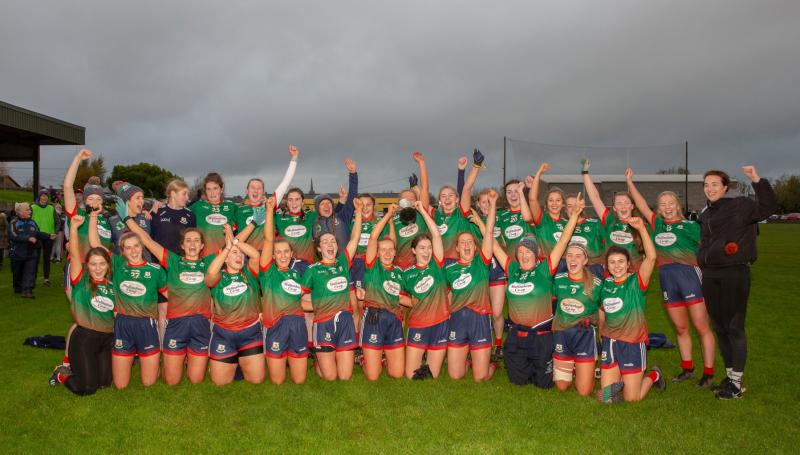 Looking Forward to All-Ireland semi-final
After Mullinahone ladies great win in the recent Munster football final in Mallow, thoughts are turning to an All-Ireland semi-final in January. It seems that the opposition will be provided by Galway’s St Thomas’s, Ballygar, on the Roscommon border.
A clash with the Ulster winners in the semi-final seems to have been wide of the mark.
Older followers will remember the great Mattie McDonagh who was one of the famous Galway footballers in the 1950’s/1960’s. He was a Ballygar player. Having beaten the best that Cork and Kerry could throw at us, we now look forward to a semi-final clash with the ‘Tribeswomen’ in the early days of 2022.
The game, we think, will be played in Tipperary.
When Tipperary won their last senior football All-Ireland, that of 1920 which was played in 1922 the team had a number of Mullinahone representatives and the team also did collective training in Mullinahone.
Let us hope that our ladies can walk in the footsteps of the giants of old and that Covid wont spoil the party and prevent supporters attending the semi-final.