2021 was a fantastic year for awards for Tipperary Golf Club 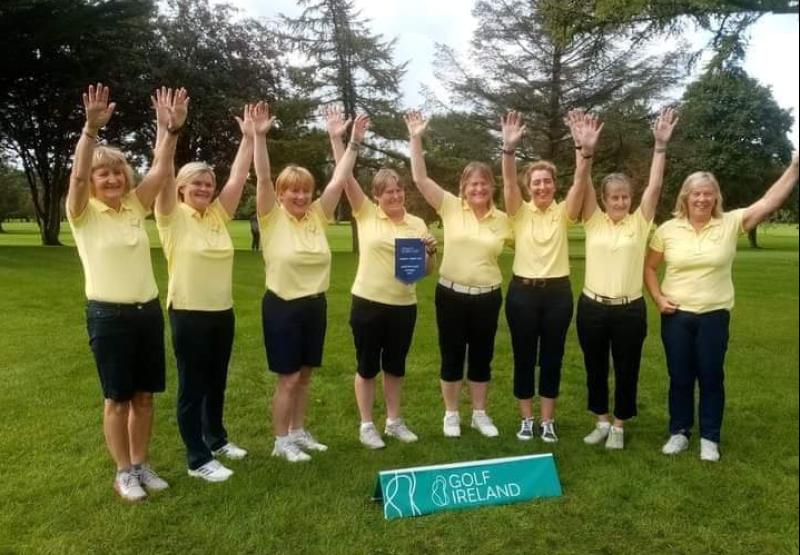 The Ladies Junior Cup team at Tipperary Golf Club had plenty to smile about in the past year.

Ladies
The Senior Cup team progressed to the Munster East Final, where they were beaten by Douglas.
The Senior Foursomes won the Munster East against Douglas, then were narrowly defeated in Belfast by Roscommon in the All- Ireland quarter-final.
The Junior Cup team won the Munster East Final against Macroom and were narrowly defeated by Galway Bay in the All-Ireland quarter-final, played in Limerick Golf Club.
We also brought the prestigious Munster Cup and Munster Pennant back to Tipperary. Our Lady Captain Ann English was a player on the team. 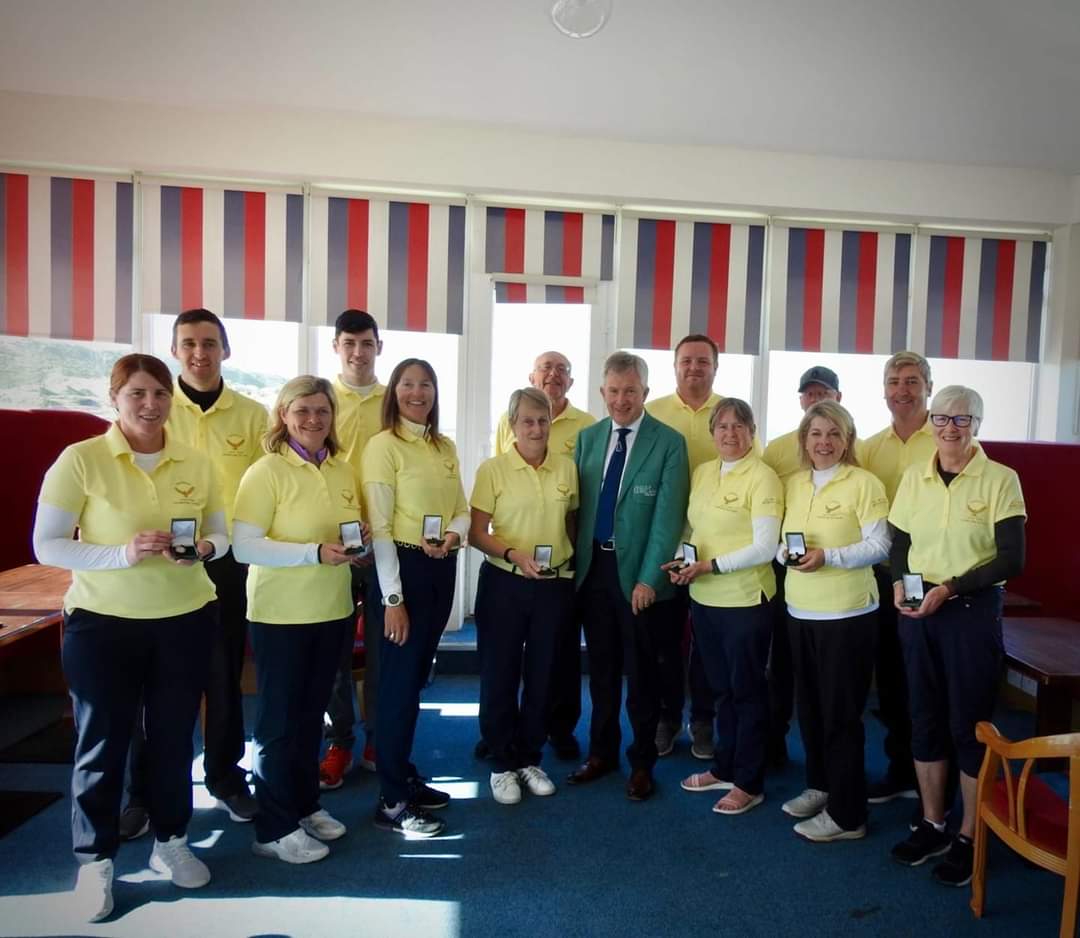 Mixed
They won the Munster East defeating East Cork, and went onto Sligo and won the All-Ireland quarter-final against Achill Island but unfortunately were narrowly beaten by Doneraile in the semi-final, who went on to become All-Ireland champions. 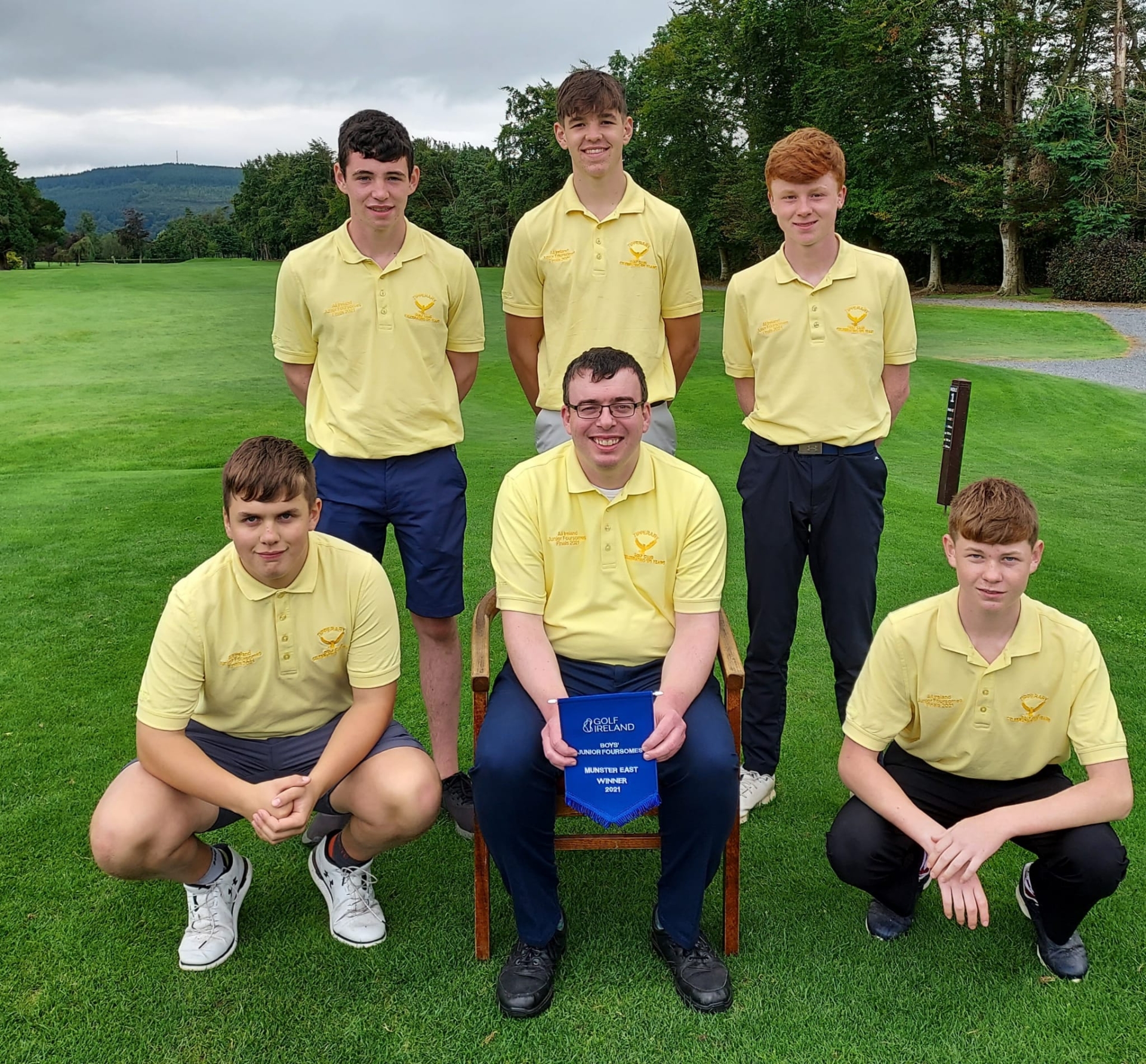 Boys
Our junior foursomes won the Munster East Final defeating Monkstown. They beat Enniscrone in the All- Ireland quarter-final but were beaten by Limerick neighbours, Castletroy on the 20th hole in the semi-final. Castletroy went on to become All-Ireland champions.
Another fantastic achievement came from our up and coming junior Donnacha Cleary, who this year won:
the Irish U16 boys All- Ireland title in Cahir Park G.C.; he played on the Junior Foursomes team; was selected for the U16 High Performance Development squad; is ranked U16 number one; U18 top 20 and won the Annerville Award for golf. 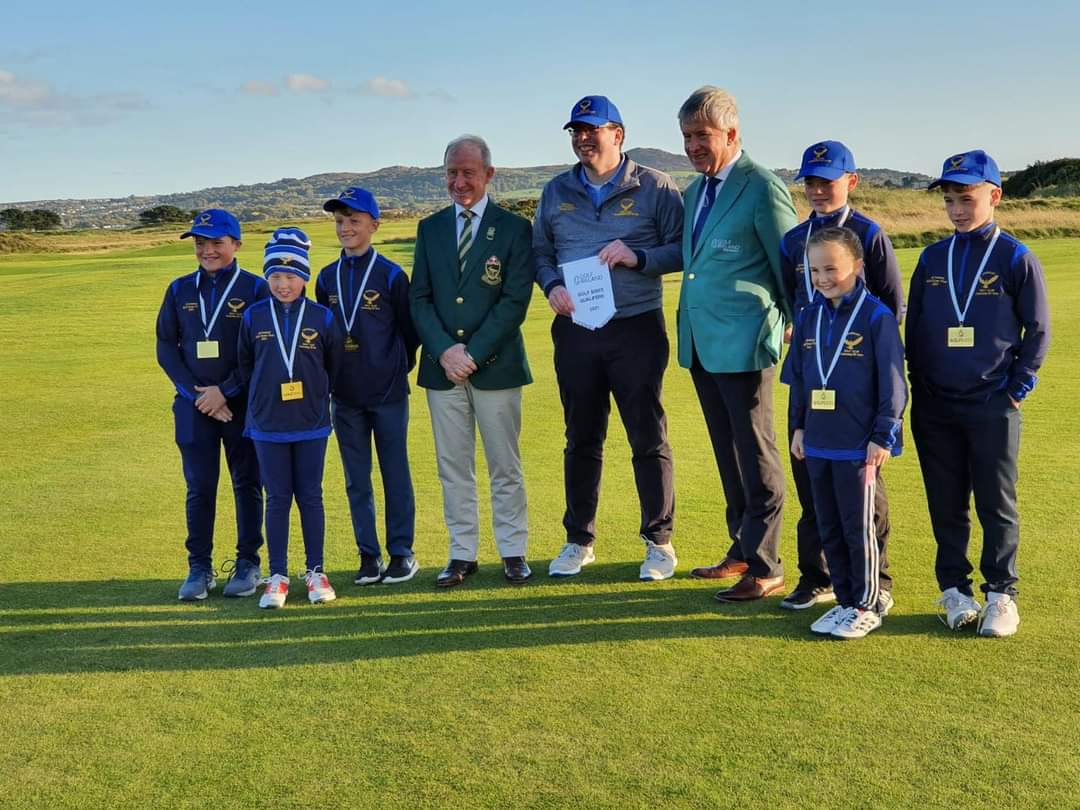 The Sixes team who won in Munster and reached the All-Ireland finals at Portmarnock Golf Club.

Sixes
Our golf sixes were victorious in a Munster Area qualifier in Ennis, beating the host team. This qualified them for the national final which was held on October 24 in Portmarnock G.C. It was an amazing experience for the players, who ranged from 7 to 13.