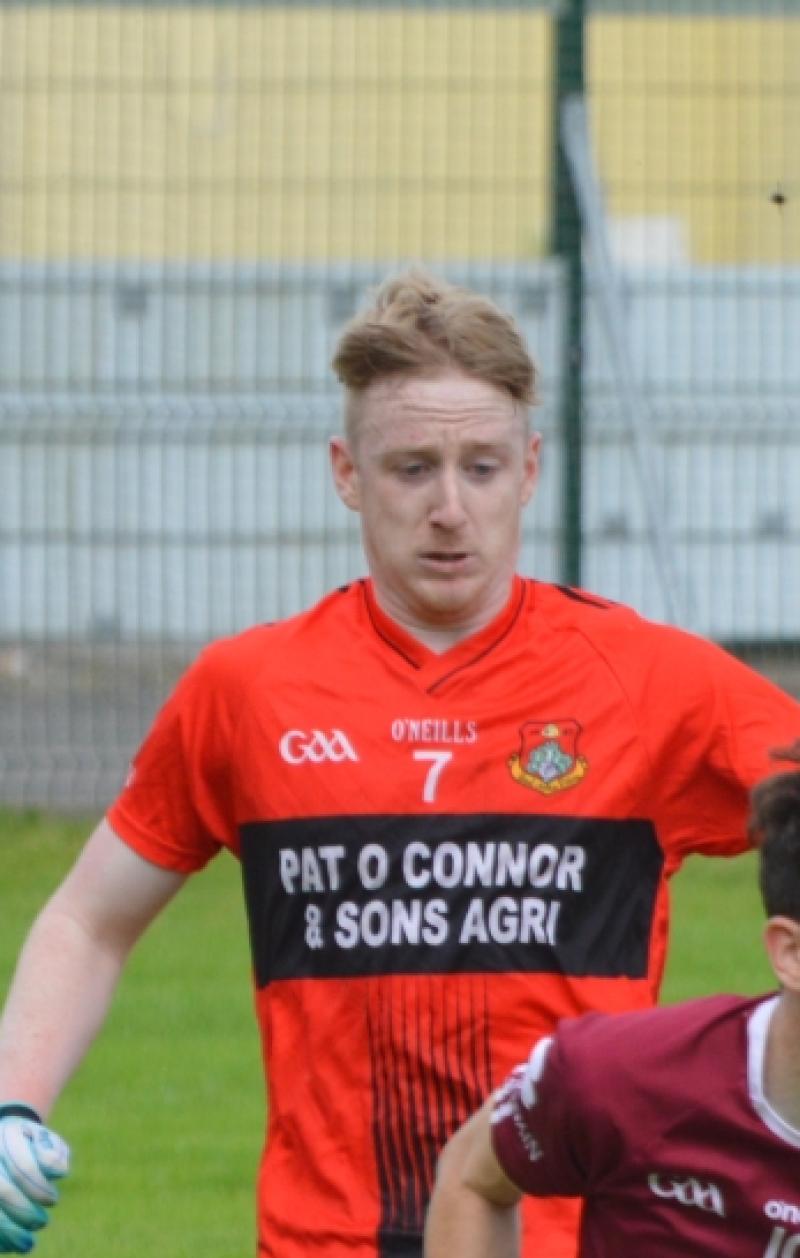 Skeheenarinky's appearance in their first Munster club junior hurling championship final, at the beginning of a year in which they'll celebrate their 70th anniversary, ended in disappointment when they were beaten by their neighbours Ballygiblin in Mallow this afternoon.
Ballygiblin were clearly the better side in this most local of local derbies, with a mere eight miles separating the clubs. However Skeheenarinky's unquenchable spirit and determination kept them in the game for long periods.
Only a point separated the sides when Ballygiblin struck for their opening goal eight minutes into the second half, when Joseph O'Sullivan's free was finished to the net by Sean O'Sullivan.
Skeheenarinky were always chasing the game after that, although the accuracy of freetaker Tomás Vaughan ensured they were just two points in arrears with 11 minutes of normal time remaining.
However Ballygiblin's second goal in the 55th minute, again struck by Sean O'Sullivan, was the final nail in the Tipperary champions' coffin.
In the closing stages Noel Vaughan converted a long-range free for Skeheenarinky and the same player had a shot saved by Ballygiblin goalie Christopher Noonan, while Conor Sweeney shot into the side netting, as they searched in vain for a second goal, which would only have been a consolation score.
Instead, Ballygiblin added a layer of gloss to the victory with a late converted free by Joseph O'Sullivan.
Outsiders Skeheenarinky gave a great account of themselves, even in defeat. Darragh Brennan was a real powerhouse in midfield, while Noel Vaughan was very effective in the sweeper role, especially in the opening half.
Adrian English took his goal with aplomb while Eoin Morrissey, Oisin Brennan, Conor Sweeney, John O'Callaghan, Riain O'Callaghan and captain Fionán Ó Súilleabháin were others who did well.
Ballygiblin had a few contenders for man of the match. Lethal full forward Sean O'Sullivan scored 2-2 from play, Joseph O'Sullivan was a more than adequate replacement for the injured Cork panelist Darragh Flynn (who was introduced for the second half) on the frees, while Cork senior footballer and Australian Rules star Mark Keane was a colossus at centre back.
There was little to choose between the sides in the early skirmishes, in a game in which the start was delayed by a quarter of an hour to accommodate the late comers. Freetaker Joseph O'Sullivan gave Ballygiblin the lead inside the first minute, with impressive midfielder Darragh Brennan bursting forward to shoot the equaliser in the seventh minute.

Tomás Vaughan (from a free) and Sean O'Sullivan traded further scores, before points from Dean Barry and Joseph O'Sullivan had the Cork team ahead by 0-4 to 0-2 at the first water break.
The lead was stretched to 0-5 to 0-2 before Skeheenarinky roared back in style with a goal against the run of play in the 22nd minute. Adrian English supplied the finishing touch after a wonderful move constructed by Eoin Morrissey, Noel Vaughan, John O'Callaghan and Mikey Maher (1-2 to 0-5).
It was nip and tuck from there to the interval, with Joseph O'Sullivan converting a free with the last puck of the first half to give Ballygiblin a 0-8 to 1-4 lead at the break on a damp, overcast afternoon in north Cork.