Every game in division four will be a battle, warns Steven O'Brien 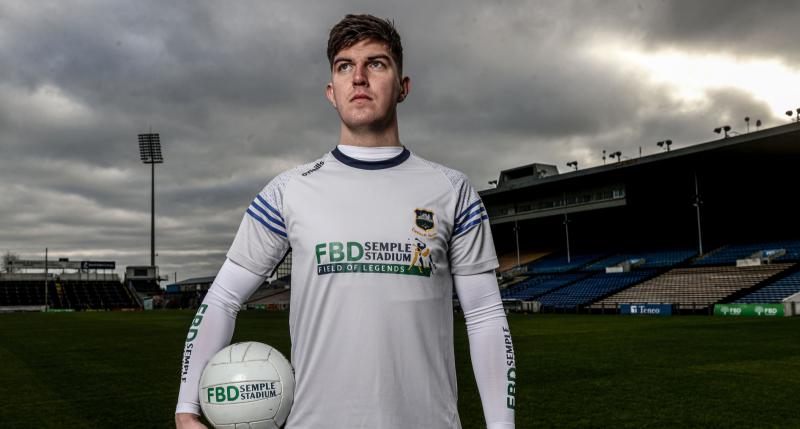 The Tipperary senior footballers want to prove the doubters wrong this year.
That’s the message from Steven O’Brien, one of the county’s most experienced players, as Tipp prepare for life in division four of the Allianz national football league, starting with their opening game against Waterford in Dungarvan at 2pm on Sunday week, January 30.
“Everyone within the group knows that 2021 was a hugely disappointing season, so motivation shouldn’t be a problem. Lads want to come back and prove the doubters wrong,” he stated this week.
“It’s a key focus of management and players to get promoted, but we’re under no illusions about the battle it will be to get back up.
“It won’t be as easy as Tipp and Cavan (who were both relegated last year) just bouncing back up. There will be some very tough fixtures there.
“It’s going to be a focus of ours to get out of division four as quickly as we can, so we need to show signs of progression and get that consistency, so getting out of division four will be step one.”
Tipperary must plan for the league and championship without the services of three of their most important players - 2016 All-Star Michael Quinlivan (who has stepped away from the panel for this season), Brian Fox (who has retired) and Colin O’Riordan, who played such a key role in the 2020 Munster championship success but who has since returned to Sydney Swans in the Australian Rules Football League.
Clonmel Commercials’ Padraic Looram and Drom-Inch’s Emmet Moloney, meanwhile, have also stepped away from the squad this season.
Steven O’Brien described Quinlivan, Fox and O’Riordan as “three massive ambassadors for Tipperary football, both on and off the pitch.
“They are big voids to fill, but you’d be hoping that a couple of the younger lads will see that as a real opportunity to get in and stake a claim.
“That’s why everybody trains, that’s why people come in and want to play.
“I would definitely see a couple of lads eyeing up a starting position and nailing down a position on the team for themselves.
“A lot of lads will see that as an opportunity and division four will give them that opportunity.
“We just need to make sure we blood them right, because we can’t go out with a brand new 15 in division four.
“While people might think that Tipp and Cavan, having dropped down from division three, will bounce straight back up, I have experience of playing in division four in the past, it’s a very tough division.
“Every game is a battle, whether you are home or away has an influence on it.”
27-year-old O’Brien, who played for Ballina in their heavy defeat by Kerry team Gneeveguilla in last weekend’s Munster Club junior football championship final, added “we’ll be under no illusions how tough division four will be.
“Having spoken to (manager) David Power, the sole focus at the minute is getting the players primed and ready for our first game, below in Fraher Field in Dungarvan,” he said.