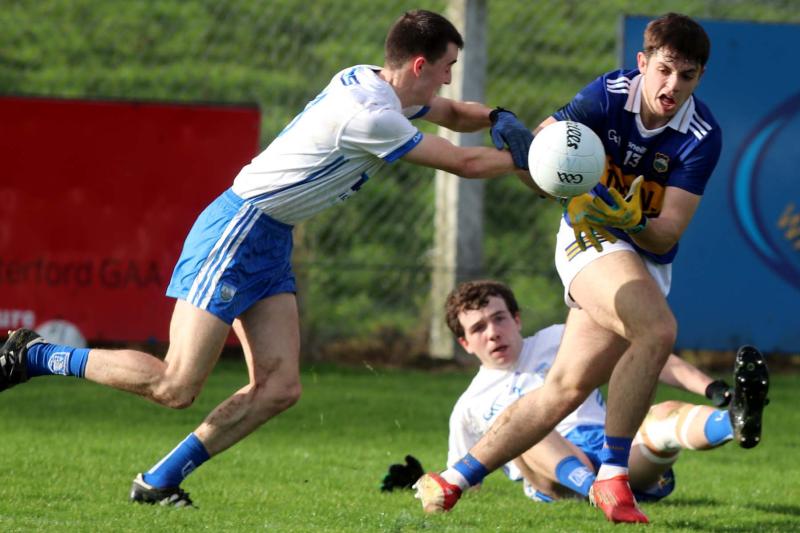 Mullinahone has a proud tradition in Tipperary football

Two Mullinahone GAA Club players lined out with Tipperary footballers in the first round of the Allianz National League on Sunday last.

The game was played in Dungarvan with both Martin Kehoe and Mikey O’Shea making their senior debuts in the League for Tipperary.

Both players began the game, but Martin Kehoe received an injury early on and had to be replaced just before half-time. Mikey O’Shea began the game well and was influential in the full forward line. Tipp didn’t take their chances in the first half and faced a tough task in the second half as Waterford fought back. Tipp responded later on the game and eventually, the game ended at 10 points each. 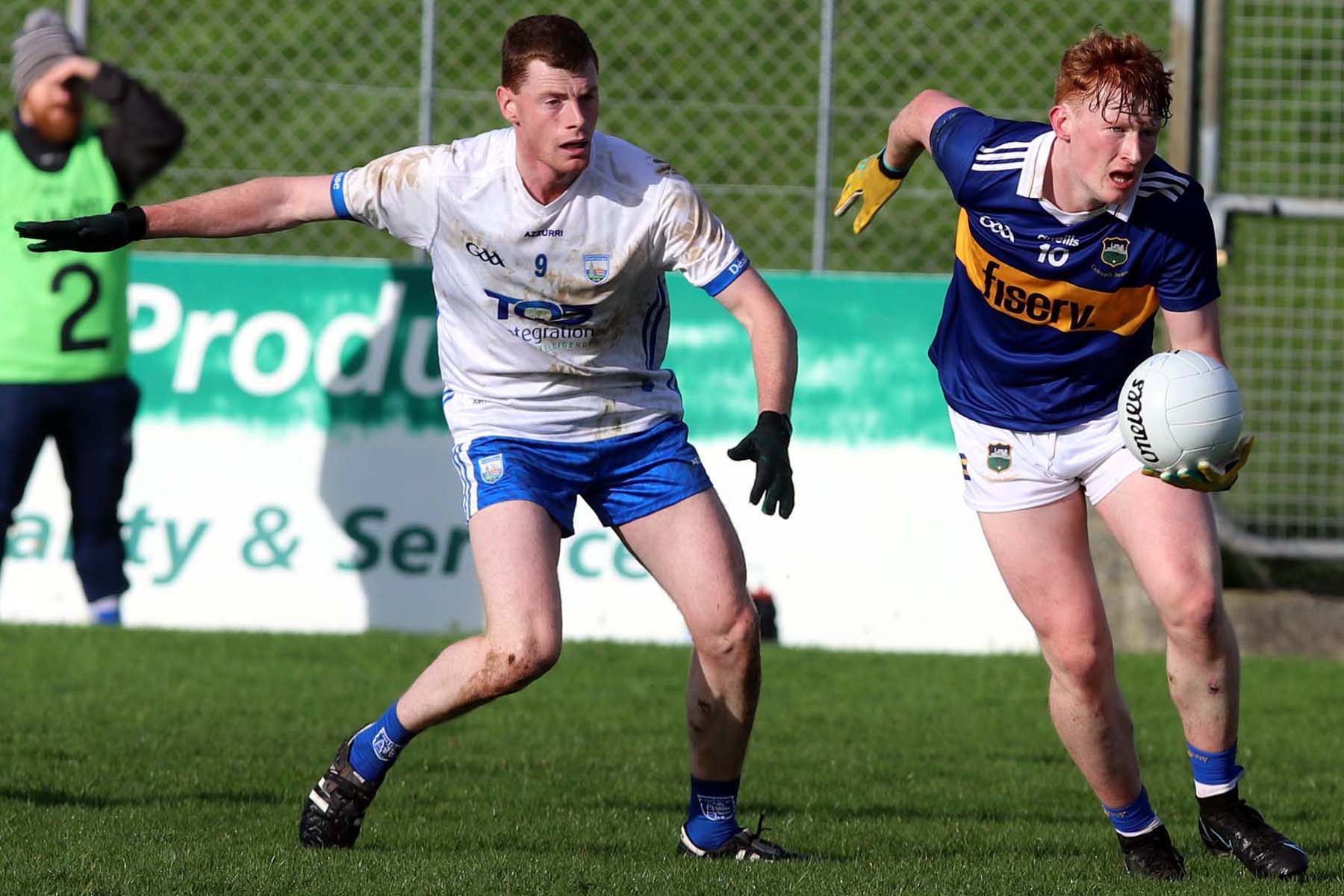 Tipperary’s Martin Kehoe gets away from Michael Curry to make his pass in Sunday’s NFL Division 4 game in Dungarvan. Picture: Bridget Delaney

We hope that Tipp will have better luck the next day out against Leitrim on Sunday next at Semple Stadium and that both Mikey and Martin will both have better luck as well.
Also on the Tipp team was Bill Maher of Kilsheelan/Kilcash who is well known in Mullinahone. 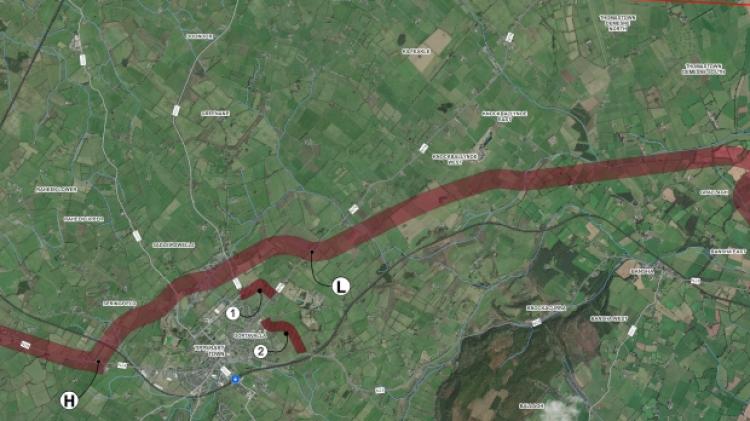