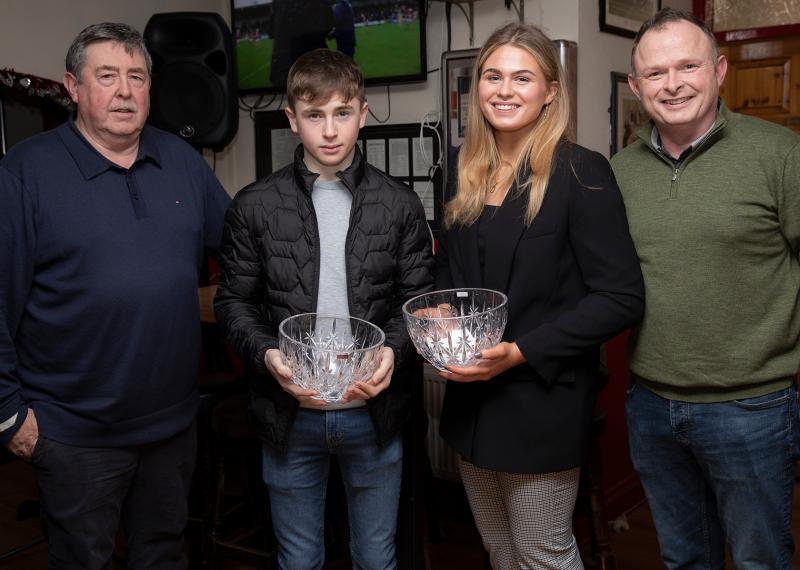 There was great news for Tipperary sports fans on Sunday night last with the re-launch after a two-year hiatus of the very popular Butler’s Bar Fethard Sports Achievement Awards.
First established in January 2013, the awards ran very successfully over the years until Covid hit with a Technical Knock Out in March 2020. But on Sunday night last there was a warm and enthusiastic welcome to the news that normal service has resumed and the white flag has been raised for the monthly and annual awards.
To demonstrate the importance of sport to this famed area of Tipperary, and to exhibit how well Fethard sports people have excelled over the years, there were two special retrospective 2021 annual awards presented to two outstanding local sports stars on Sunday night at Butlers.
These specially selected and unanimously acknowledged joint recipients were classic-winning flat jockey Ben Coen and Irish international rugby star Dorothy Wall. If ever there was a small town that in sporting parlance is punching above its weight with a pair of such high achievers, then Fethard is. And congratulations to both on being sweetly lauded by their own.

Amongst Ben Coen’s big successes in 2021 were the Sandringham Stakes at Ascot, the Skybet Ebor Stakes at York and in particular his first classic winner in the Irish St Leger on ‘Sunny Boy Liston’ at The Curragh. In total the 20-year-old local lad rode 45+ winners in 2021, many for his trainer Johnny Murtagh.
Dorothy Wall had an equally stellar year on the rugby field. The 21-year-old radiography student, who made her Six Nations debut in 2020, went on to score her first try for Ireland against Wales in 2021. During 2021 she also played international sevens. To cap a great year for her, Dorothy was honoured with the Women’s Players’ Player of the Year and also named Women’s Young Player of the Year. Recognition of ability doesn’t come any greater than being acknowledged by your own peers for what you do. 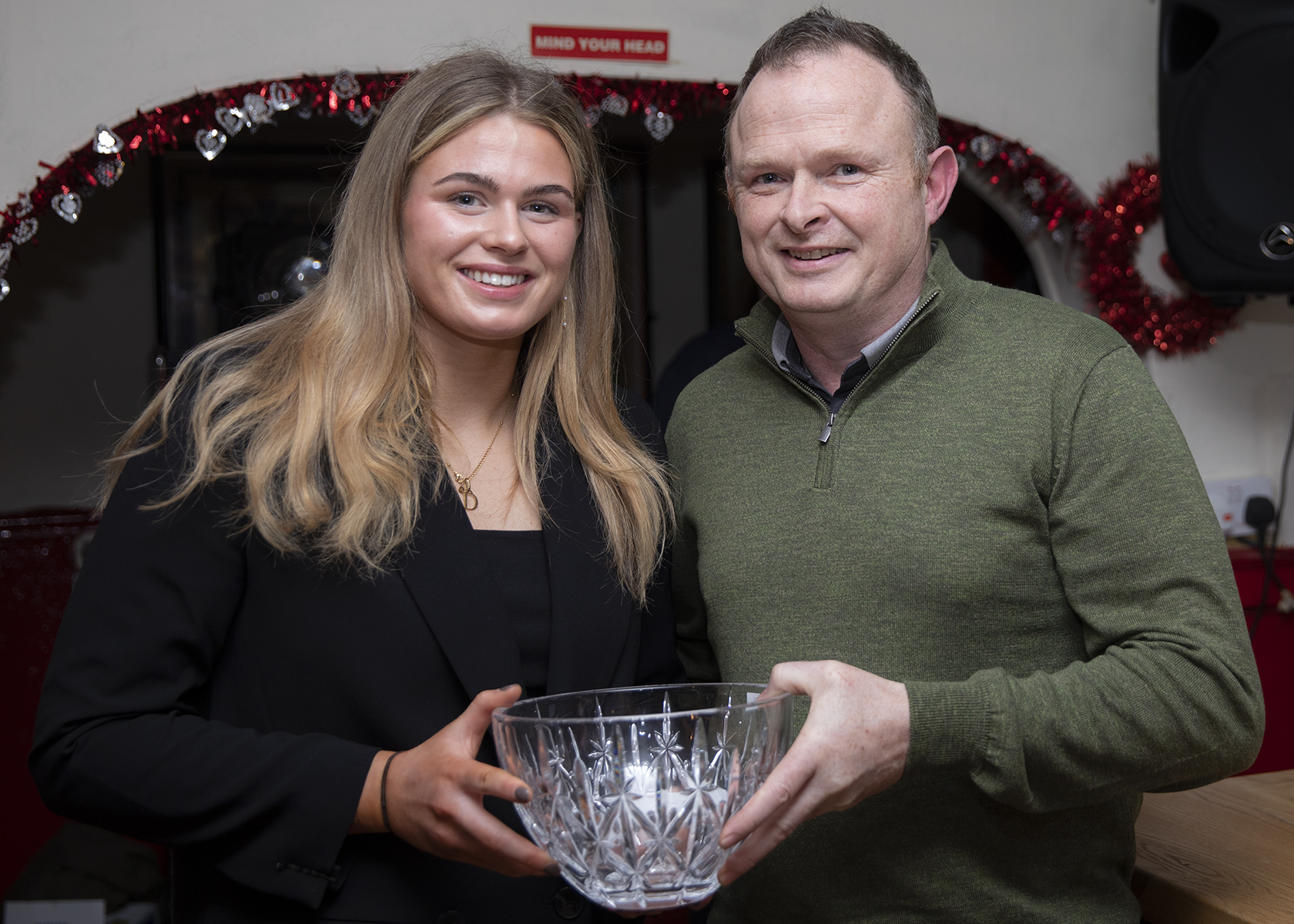 But as sports-mad Philip Butler, proprietor of Butler’s Bar, Main Street, Fethard, pointed out, it isn’t always about international stars, as welcome as they are. These are, first and foremost, awards and recognition for local men and women.
“The principal aim of the sports award scheme is to acknowledge and reward local sporting achievement be it at participation, administration or coaching level. The competition is confined to Fethard parish but allows for Fethard people who live and work elsewhere as well as for people from outside who live or work in Fethard,” he said.
“Another ambition of the steering group is that all sports get recognised and we are constantly seeking information and updates from the public in order to achieve this aim.
“The format of the awards is simply to pick a monthly winner from the nominations and the 12 winners then go forward as yearly finalists,” he added.
The steering group is made up of 15 local people from all sports codes and they gather once a month to select their winner. There is also an award presented to the Mentor of the Month, recognising the important part coaches and mentors play in sport. Finally, every December an annual award winner is selected as well as a Team of the Year and also a Young Sports Person of the Year. 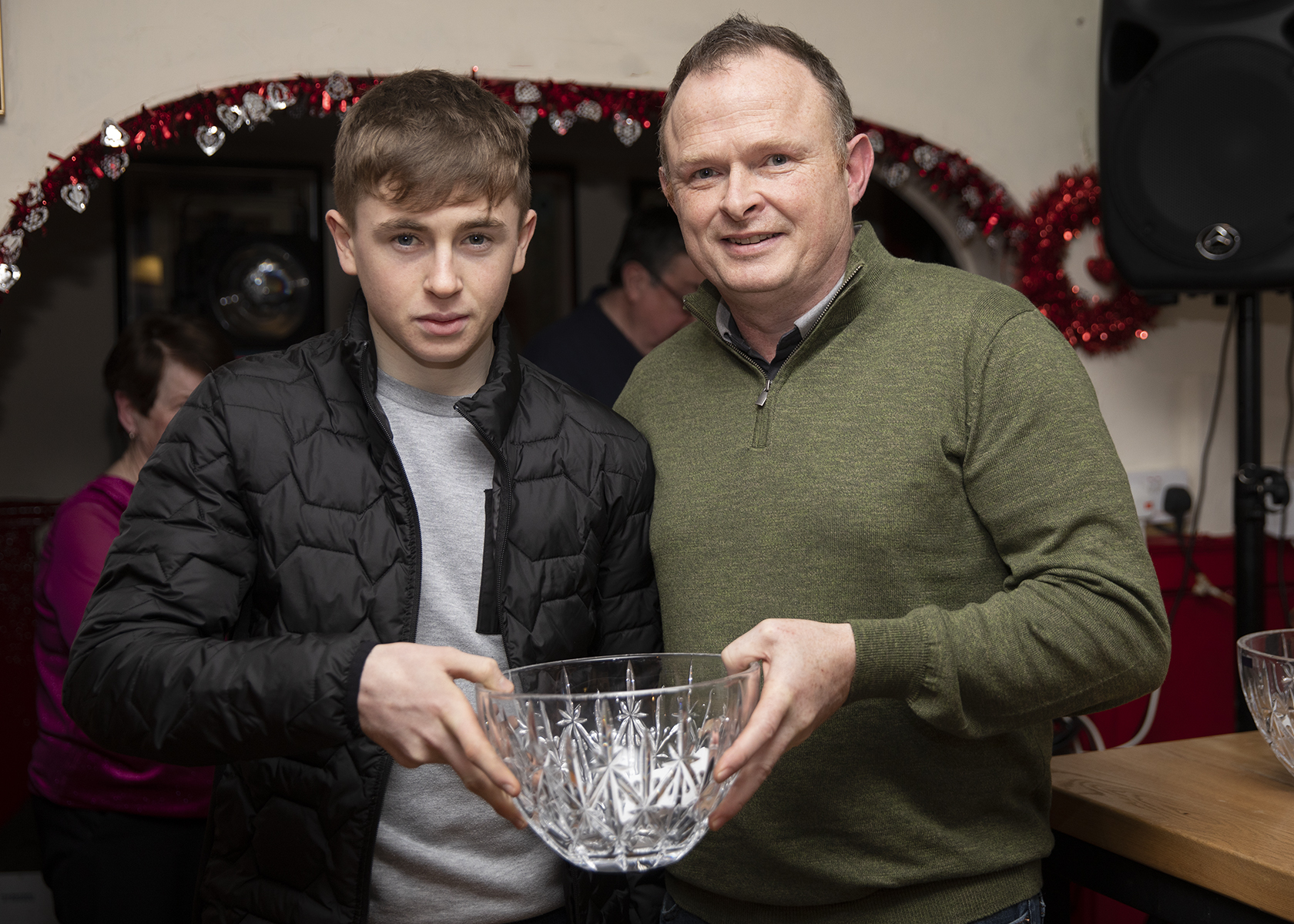 Joint winner of the Butler's Bar Fethard Sports Annual Award for 2021 was flat jockey Ben Coen whose brother Jake (himself a jockey with 12 winners already) accepting the prize on Ben's behalf from Anthony Wall who was representing sponsors Bulmers. Pic: John D. Kelly

Philip recalled that the honour of the first-ever monthly winner in January 2013 went to local jockey Liz Lalor who rode a winner (Carrigeen Lucernia) at Fairyhouse for her father, having returned to the saddle after a neck injury. Incidentally, that same month Michael Mouse Morris was nominated for a Grade 2 winner he had at Naas. That horse was none other than ‘Rule the World.’
The overall winner the first year was Fethard’s own Michael Ryan who had managed the Tipperary intermediate hurlers to All-Ireland glory. And the last winner of the annual award was young Lucy Spillane who helped Tipperary to the All-Ireland Ladies Intermediate Football title in 2019.
But perhaps the most popular winner of the annual gong was ‘The Mouse’ who in 2016 magnificently trained both the winners of the Aintree Grand National (the aforementioned ‘Rule the World’) and the Irish Grand National (‘Rogue Angel’).
Hopefully over the coming years the Butler’s Bar Fethard Sports Achievement Awards will give us many more great winners and sporting memories.