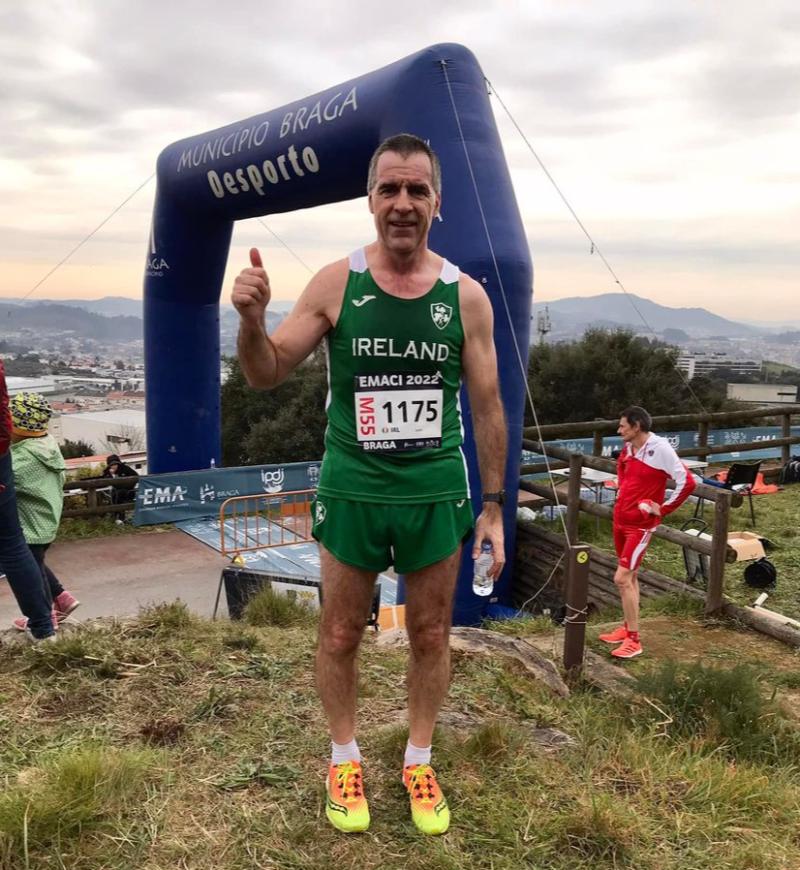 Clonmel AC was represented by John Laste (3k and 5k walks) at the European Masters Indoor Championships in Braga Portugal recently. Almost 100 Irish Masters athletes travelled for these very popular championships, which kicked off on Sunday February 20 with the cross-country events.

John competed on the track in a highly competitive over 55, 3k race walk on the oval track, which was won by Ortega of Spain in a time of 13 mins 39 secs. It was the Clonmel athlete’s first time competing on the European indoor scene and he found it a very intimidating environment, with every walker coming into the event with much faster times. Having received a couple of cautions from the judges early on, it took some time for John to settle in and find his tempo.

Once settled, he completed the 3k in a time of 17 mins 27 secs and John can take a lot of learning from this experience.

On Saturday at noon, the 5k walks were held on top of the hills and forests overlooking the picturesque city of Braga. Although it was on a mountain side, the organisers managed to find a relatively flat 1k loop 500m out and back.

John’s race included the over 50, 55 and 60 categories and it went off at a very fast pace with the Spanish man Ortega and French walkers pushing it out hard from the gun. John finished very strongly with a 5 mins 38 secs lap and an overall time of 29 mins 13 secs, a personal best for the distance in a championship. Of the 35 athletes that took to the start, John finished 24th overall.