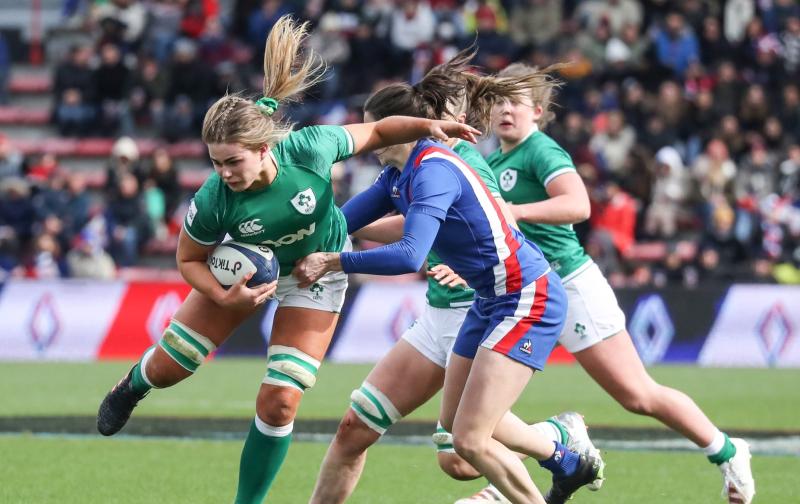 Fethard's Dorothy Wall in action for the Irish women's rugby team against France in Toulouse this afternoon. Picture: Manuel Blondeau/Sportsfile

Ireland women's team suffered their second defeat in the TikTok Six Nations rugby championship this afternoon when they fell to a heavy 40-5 defeat by France in Toulouse.

The Irish team, which included Tipperary players Dorothy Wall and Amee-Leigh Murphy Crowe, never got to the pace of the game against a dominant French side.

An error-strewn performance saw them in trouble from the early stages and their only consolation was a superb second half try by Eve Higgins.

Ireland will have a chance to get their campaign up and running when they play Italy at home at 5pm next Saturday, April 10.