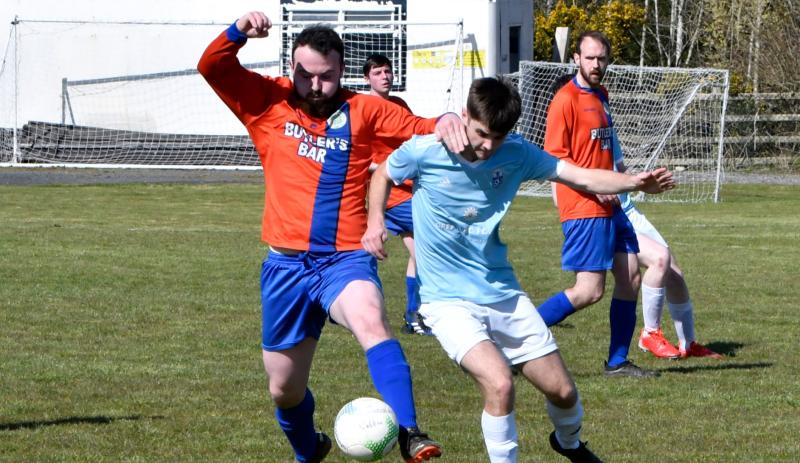 This game was played in glorious sunshine in Burncourt and the home side started the better, seeing a shot strike the crossbar as early as the fifth minute, before being cleared.
However, gradually Powerstown worked their way into the game and they opened the scoring in the 26th minute when a great ball from the middle of the field split the home defence and Cathal McKeown made no mistake from ten yards.
Five minutes later Stephen Lahart doubled their lead with a fine finish, after confusion in the home defence allowed him to pick the ball up in space in the area.
The second half saw the home side back on top again, and after going close a couple of times they finally got the goal their play deserved 20 minutes from the end, provided by Martin Burke with a rasping shot into the top corner of the net.
But back came Powerstown, and in the 78th minute they re-established their two-goal lead when McKeown got his second after some good midfield play managed to pick him out inside the area and he finished well.
That was the end of the scoring and the match finished at a leisurely pace, as befits a game winding down a long and hard season.