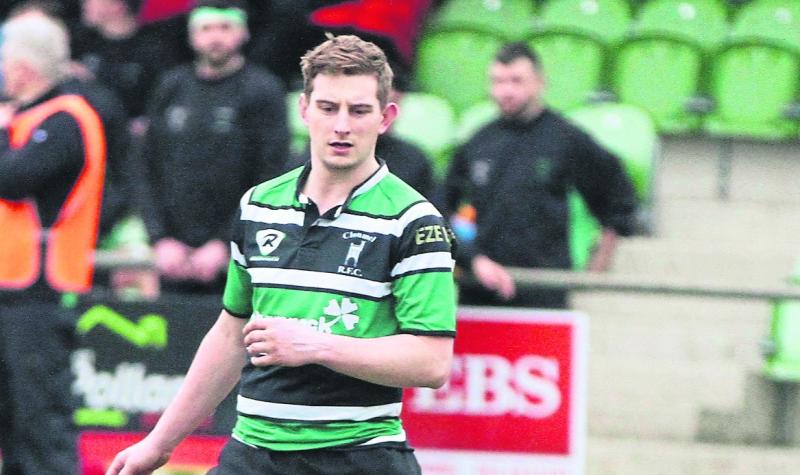 However, the real crunch games will come on April 23 and April 30 when they face either Sundays Well or City of Derry in a two-legged relegation playoff, as they fight to retain their All-Ireland League status.

Despite another committed performance, Clonmel were beaten 26-8 by Bangor last week.

Clonmel conceded an early penalty for a ruck infringement, which Bangor kicked to the corner. A series of Bangor attacks was repelled time and again by Clonmel. The defensive effort forced an error and the ensuing scrum resulted in a relieving penalty to Clonmel.
However, Bangor stole the resultant lineout in what was to become a theme of the game for Clonmel – great scrum but poor returns from the lineout. This steal piled the pressure immediately back on Clonmel and Bangor scored a well-worked try in the corner. The difficult conversion was missed, leaving the home side 5-0 to the good.
After knocking on the ball, Bangor milked a penalty from the restart and made progress up the field. Their excellent lineout secured possession and a great run through the middle, facilitated by poor Clonmel defence, resulted in a second try for Bangor with only 15 minutes on the clock. 12-0.
Things were looking ominous for Clonmel but this team has great heart and commitment. Undeterred, Clonmel went on the attack and brought play deep into Bangor territory. On the second penalty advantage Darren Cass converted the points to leave the score 12-3.
After the restart, Clonmel had their best period of the game. Superb pressure, including a multiple of hard yards made by Niall Campion, led to an offside infringement by Bangor. While playing advantage, Clonmel worked an overlap and some smashing hands from James Corbett, Gavin Whelan and Niall Campion worked JJ McIlwrath into the corner for a try that was well-deserved. The try went unconverted, leaving the score 12-8 to the home side.
It felt like a turning point in the game and it was in an unfortunate way, as the big number eight picked up an injury in the process of scoring and had to be replaced.
Nonetheless, Clonmel persevered against the bigger team and a brilliant double tackle by Jack Lonergan and captain Luke Noonan forced a turnover. From the subsequent move, James Corbett was taken out in the air, resulting in a penalty to Clonmel. They opted to go for the posts from a difficult angle almost 40 metres from goal. It was probably the right call as it would have closed the gap to a point but the difficult kick was just wide.
From the subsequent play, a great field and return by Darren Cass brought play back up to the halfway line with the Clonmel lineout. After an expert throw to the back by Brandon Delicato, Bangor conceded another penalty for a high tackle.
An excellent touch-finder from Gavin Whelan gave Clonmel the throw-in on the Bangor five metre line. The Clonmel supporters dared to dream of a major upset but Bangor cleared easily after a breakdown in communication in the Clonmel line out.
The half ended after Clonmel were unable to capitalise on a cheeky steel by Luke Hogan at the base of a ruck. While behind on the scoreboard, the definite sense was that Bangor were relieved to get to half-time slightly ahead.
Facing into the second half with a sense of confidence, Clonmel were dealt a killer blow straight from the kick-off. Bangor gathered and set up a speedy counter-attack to go 75 metres and score straight away. While the move was good, the final pass was clearly forward.
On balance, the referee had a good game but this was a killer blow. The scoreline now read 19-8 completely against the run of play. Buoyed by the score, Bangor had a purple patch and dominated the next 10-15 minutes.
Their momentum was interrupted after Clonmel won a scrum penalty and started to progress up the field. An unstoppable maul was brought to ground by Bangor, presenting Clonmel with great field position and a chance to get right back in the game.
Unfortunately, the Achilles heel of lineout problems resurfaced and the throw went straight to the jumper at number two for Bangor near their goal line, providing them with a very easy exit. Bangor went on to dominate most of the rest of the game.
The Clonmel defensive effort was typified by Rob Wynne, who made two massive relieving breaks covering about 50 metres. However, the pressure told and Bangor scored another try. Clonmel fought on and a couple of powerful carries by Mikey Lonergan, followed by a stunning break from captain Luke Noonan, provided some hope. However, the ball was turned over cheaply in the 22 to put an end to the chance of a consolation score.

Semi-final looming at the end of month