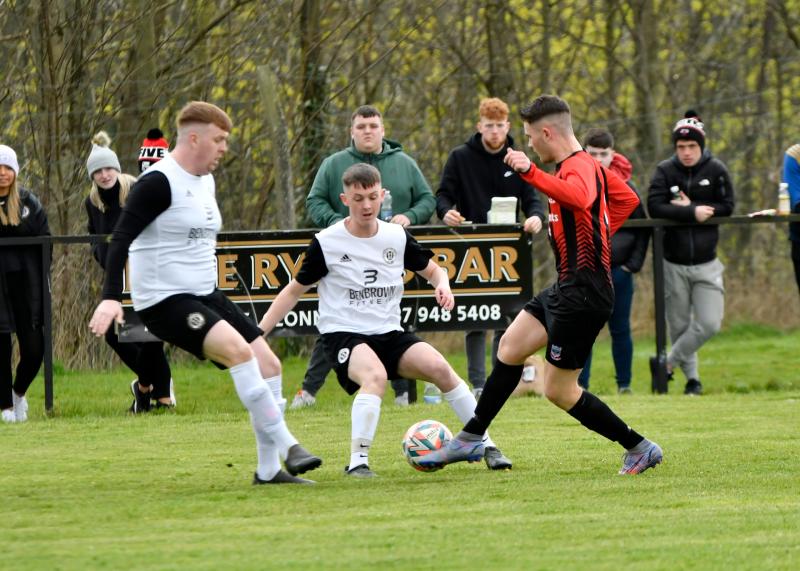 GALBALLY UNITED 3 – 1 ST MICHAEL'S
Galbally United continued their fantastic run in youth football this season by reaching their first ever Tipperary Youths Cup final with a win over St Michael’s on Saturday afternoon last.
It was a tough cup tie which saw the Saints take an early lead from a Shane O’Grady strike, but the hosts Owen O’Sullivan levelled midway through the half to send the sides in level at the break.
And the second period was barely four minutes old, when James O’Sullivan gave the hosts the lead for the first time with a well taken goal after they had cut open the visitors back line.
The ever reliable John English added a penalty four minutes later to give his side a two goal cushion, which they held comfortably enough to the end of the game, and set themselves up for what could be a historic season for the club.

First Division Youths side Cahir Park hosted Second Division outfit Bansha Celtic in the second semi-final on Saturday, but you’d hardly have thought the visitors were in a lower division as they produced a fine performance before succumbing to the hosts in the end.
The home team started the brighter and took the lead after fifteen minutes when Kyle Delaney finished well from the edge of the area. And the Park continued to have the better of things for most of the rest of the half, but failed to add to their lead.
The second half was a different story as the visitors took over, and only a brilliant penalty save from Eoghan Doyle prevented an equaliser midway through the half. Cahir managed to steady the ship after that, but the visitors were still unlucky not to push the game to extra time when they failed to convert a gilt edged chance with ten minutes left in the game.
By the final whistle the hosts were more than happy to be looking forward to another Youths Cup final, this time against Galbally United.