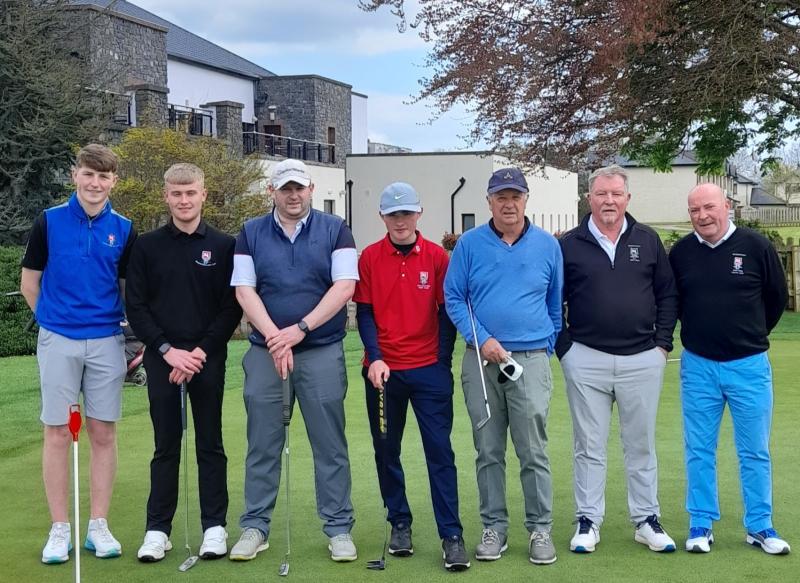 Senior Cup & Barton Shield 1st rounds
The club had a very successful couple of days in inter-club golf.
Ballykisteen were at home to Nenagh and recorded a 3/2 victory, our first victory at Senior Cup in Ballykisteen's 27 year history.
There was an epic finish to this match where Sean Calvert got the winning putt on the 22nd hole to win against David Hunt from Nenagh with excellent golf from both players.
Earlier Ballykisteen's Arthur Pierse turned back the years to beat Robert Ward 5&4. With Declan O’Leary overcoming Shane Hogan on the 17th. Ewan McLoughlin & Gordan Sillett, our youngest players lost out to the +6 Scott O’Brien and Paul Carey of Nenagh.
This was a huge achievement for our club and manager PJ Carey was very proud of his team.
Two days later Ballykisteen won again this time in Adare Manor. With a Barton Shield 1st round victory, the dust had not settled when again Declan O'Leary/Gordan Sillett at 1 and Ewan McLoughlin/Sean Calvert at 2 were in acton again and overcame Kevin Kearney/Liam Lenihan & Alan Purcell/Brian Murray of Adare Manor, Ballykisteen winning overall 2 up on hole 17 with Ewan & Sean 6 up, PJ Carey also managed and extends his congratulations two both Senior Cup & Barton Shield players and to the wonderful support we had in Ballykisteen and Adare Manor.
Colm Whelan Scotch foursome trophy.
Thanks to all the members who took part in this competition over the month of April. The results will be posted in the next edition.

Club Assistance Day
There was great work carried out by members last Friday as part of the members assistance day. We want to thank those who assisted on the day.

Sponsorship
We would like to thank Pierse Motors Tipperary for their sponsorship of our Divot Bags.
We also want to thank PJ McLoughlin and Owen O’Keeffe for the sponsorship of the new compressor which is now up and running.