Limerick finish in a flurry to down battling Tipperary 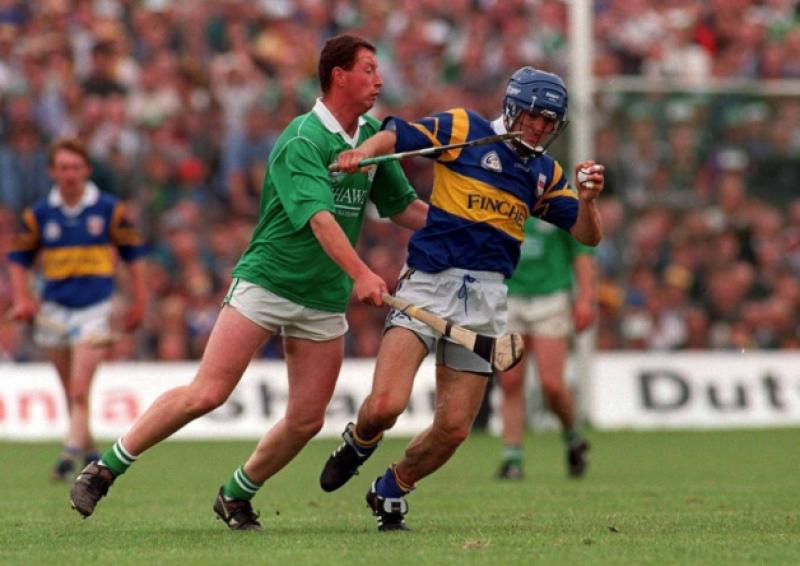 Limerick bagged 2-8 to Tipperary's 0-2 in the last fifteen minutes of this Munster senior hurling championship tie to win their third consecutive game, as Tipperary fell to their thrird defeat and elimination for the season.

27,141 saw the All-Ireland champions enjoy thew victory, though the margin did not do justice to the Premier challenge which saw Tipperary in the game right up to the last ten minutes.

The difference between them was Limerick's ability to take goal chances, while Tipperary missed a few gilt edge ones.

Though overcast, conditions were pretty much perfect for the game. However, Tipperary were significantly outnumbered in terms of support for this game and the decibel levels which greeted the All-Ireland champions onto the field, contrasted sharply with the rumbling which greeted the visitors. Tipp were in the lion’s den and the beast was sharpening its claws ready for the kill.

Despite being in arrears by four points after eight minutes with an Aaron Gillane goal giving Limerick the advantage, Tipperary dug deep and went in at the break 0-14 to 1-9 in arreas. Noel McGrath hit seven of those from placed balls while Ger Browne had 0-3 from play as Tipp showed greater endeavour.

The Limerick threat was always there though and they got some easy scores through the likes of Gillane, Cathal O'Neill (2) and Graeme Mulcahy. But, they were also left to rue missed chances as they ventured to hit nine wides in the half, though this was one less than Tipperary who had entered double figures.

Tipp were pleased with their position at the break, but they knew that Limerick had not hit top form at this stage. The Tipp lads grew more and more into the game as the half wore onwards and were deserving of their slender lead.

Tipperary extended their lead to four points  with Jake Morris and Paul Flynn points, and it got better as a six point gap opened up by the end of the third quarter.

But, Limerick woke up and the tired Tipperary legs began to wilt as the pressure was applied. Limerick were level by the 27th minute after four consecutive scores and when Conor Boylan goalled in the 33rd minute it was game over. Aaron Gillane - very fortunate to be still on the field after a wild swipe across Ronan Maher - rubbed salt into the Tipperary wounds with a third Limerick goal in the 35th minute, a carbon copy of his first..

Tipperary's season is over and though they must play Cork in the final round, they cannot now advance to the next stage.

Still, it was an improved performance even if the end result was the same as the previous two.