The final was played in Holycross this evening 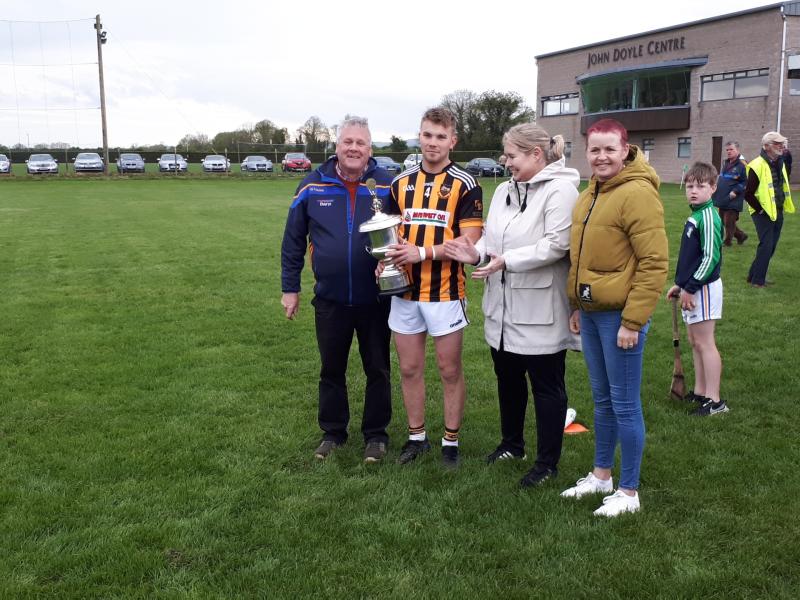 Two first half goals helped Upperchurch Drombane to the CM Signs sponsored Cahill Cup at Holycross this evening as they defeated the hosts in a competitive clash.

The  first goal scored by Paudie Greene in the 9th minute, helped Upperchurch Drombane to a 1-4 to 0-2 lead. And, though Dara Woods hit back with a goal from a long range free three minutes later, when Jack Butler bagged Upperhurch Drombane's second goal in the 23rd minute it was a big score in the match.

The 'Church lads were in front by 2-12 to 1-8 at the break having played with the aid of the breeze and the seven point advantage was no more than they deserved.

Holycross Ballycahill needed to up the ante in the second half but as it turned out, they were unable to make any real inroads on the lead and they both managed 0-12 apiece, to maintain the seven point gap between them.

Though Dara Woods was to hit 1-12 for Holycross Ballycahill in the game, he had lttie enough support in the scoring stakes up-front, apart from Luke O'Mara who hit 0-3. But, Upperchurch Drombane had a greater spread of scorers with Paudie Greene accounting for 1-8, Jack Butler 1-1, Paul Ryan 0-3, Gavin Ryan 0-3, Keith Ryan 0-2 and sub Luke Shanahan 0-3 also.