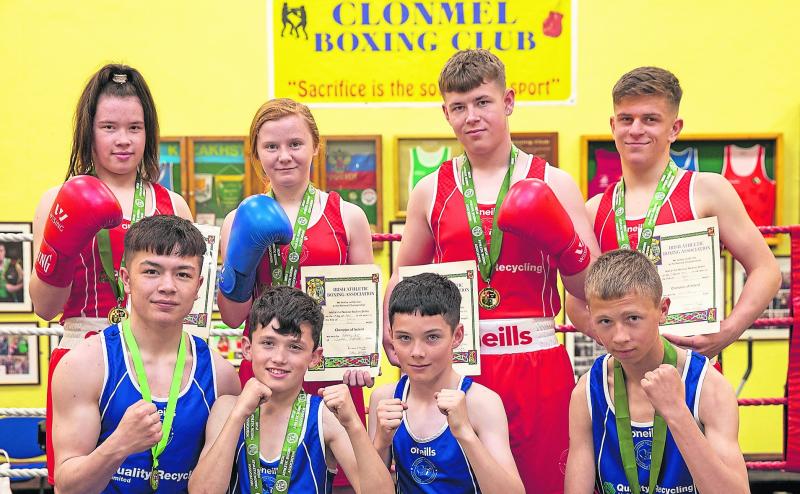 Clonmel Boxing Club members came home with an impressive haul of medals from the recent national schoolboys/girls championship held in the National Boxing Stadium, Dublin. Six boxers from the club qualified to compete in the championship for the club in their respective age and weight divisions, three came home as national champions in their category, two were beaten finalists and the sixth a beaten semi-finalist.
Kaysie Joyce got the club off to a great start with an emphatic win in the final of the Girl 2, 51kg division against Sophie Davidson, Esker, Dublin to add a second national title to her collection. Alannah Kenny produced moments of brilliance to be crowned national champion at Girl 3, 63kg against Kayleigh Byrne, Gorey. Lewis Hackett/Kenny took home his title at Boy 3, 76kg after a tough battle against Cathal Farrell, St Brigids in the final. For all three boxers it was their second national title in succession.
Kuba Radzikowski gave everything in his final at Boy 1, 46kg, as did Charlie Kenny in his final at Boy 2, 36kg, with both boys losing out by the narrowest of margins having giving great displays to reach the finals. 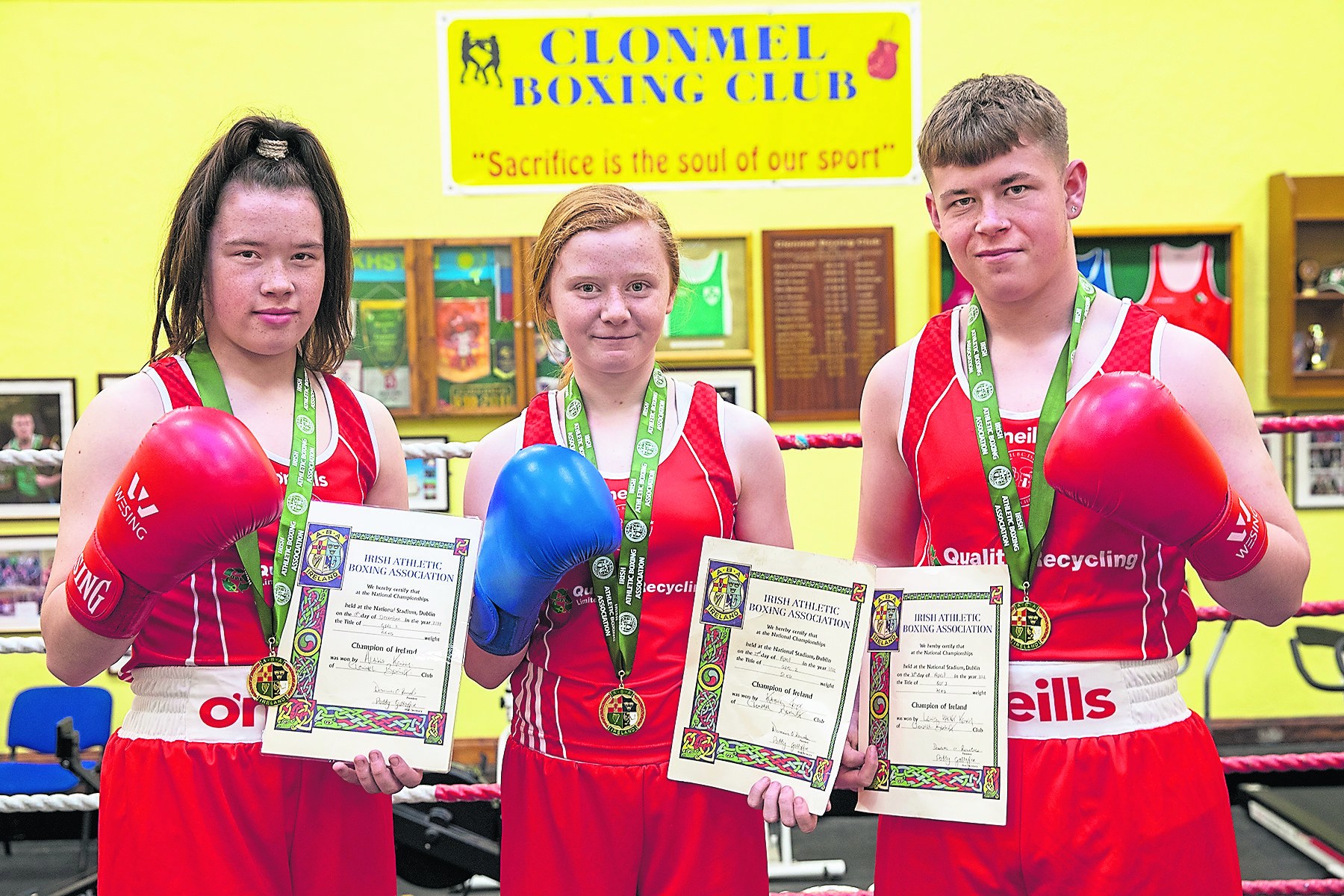 Sam McGrath was also unlucky in the semi-final stage at Boy 1, 40kg, on his first outing in the national championships. Last month MJ O’Reilly came home triumphant from the National Boy 4 /youth championship with a well- deserved national title at Boy 4, 57kg. MJ beat Dylan Kelly, Swords, Dublin in the final. Raymond Joyce reached the final of the national under 18 championships a few weeks ago, only to lose out on a close decision to John Donoghue, St Michaels, Athy.
All round it has been a very successful few weeks for the Clonmel club.

Moral victories are of no more value to Tipperary, says Mary Ryan