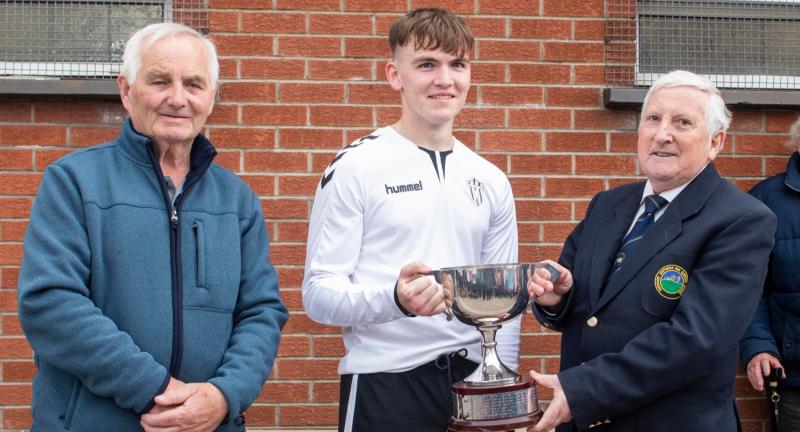 This was a hard-earned victory for recently-crowned league champions Galbally United, who were engaged in a titanic battle with a very good Cahir Park side, who were intent from the start on spoiling the double celebrations.
After an opening that saw both sides miss decent chances, Galbally United took the lead in the 22nd minute when Jack Ryan scored an excellent goal after breaking upfield from the left back position.
Cathal O’Mahoney was denied just before half-time when a shot from range was saved by the excellent Cahir Park goalkeeper, and the champions went to the break a solitary goal in front.
The second half saw chances at either end but great defending from Paddy Kennedy and captain Joe Farrell kept the Park attack at bay, as they went in search of what was to turn out to be an elusive equaliser.
The final attack of the game saw the mercurial John English weave his way past the Cahir defence but again the Cahir Park goalie got down and saved well to deny him what would have been a great individual goal.
From the resulting kick out the final whistle sounded to huge cheers from the large Galbally support, who are celebrating historic success for the small but very committed club.
Captain Joe Farrell accepted the trophy on behalf of the team, completing a brilliant season for everyone involved including players, management and supporters. 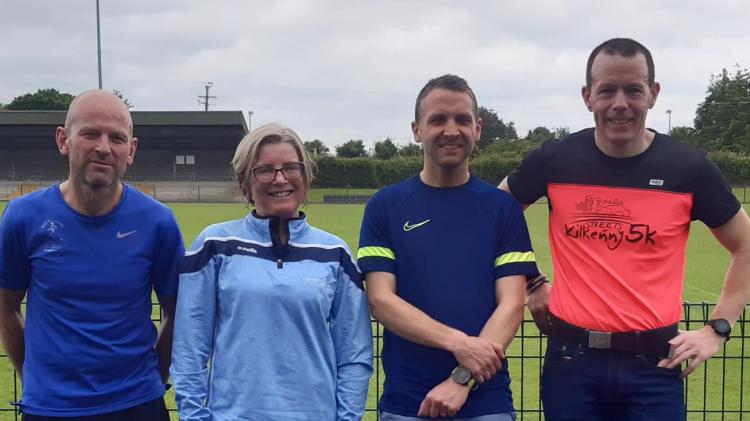