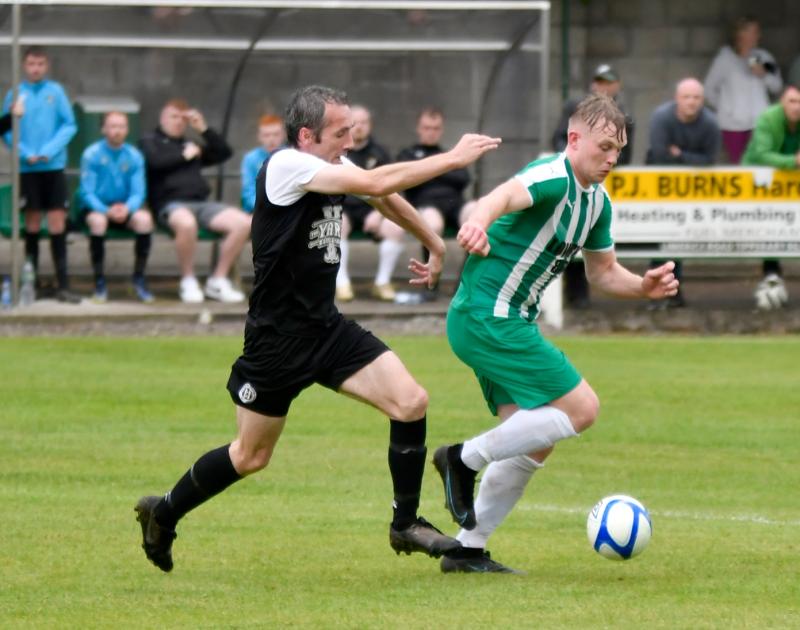 Underdogs Wilderness Rovers gave a very good account of themselves in the final of the Tipperary Cup last Friday night, but still came up short against a St Michael’s side who completed a league and cup double as a result of their three goal victory in the end.
The Clonmel side started brightly, forcing a corner within two minutes that Sean Browne headed over, and two minutes later Aaron Wall, in the Saints goal had to be alert to race off his line and keep out an effort from Ciaran Stapleton, who had been released by Daniel Hogan. But the League champions slowly worked themselves into the tie and Chris Smith had a brace of close efforts within the first quarter of an hour after being assisted by Shane Ryan and Jimmy Carr, who was beginning to look more and more dangerous as the game went on.
The Wildies however continued to maintain a dangerous presence and almost opened the scoring in the 20th minute when Shane O'Meara got in behind the home defence and forced Wall into making a solid save. But from then on the Saint’s began to turn the screw and after more close shaves from efforts by Shane Ryan and Jimmy Carr, the Rovers defence was finally breached when Carr marauded down the right and lashed a vicious cross into the area that John O’Brien simply had to put a foot on, and it flew past the stranded Rovers keeper.
A minute later things got worse for the First Division side when the linesman flagged that Carr had been taken down at the edge of the area, and a penalty was awarded. But much to the surprise of the large crowd, the normally deadly winger blazed the spot kick over the top, and left the game at still only the minimum deficit.
They were on the ropes however and both Shane Ryan and John O’Brien went close before half time which came with Saints a goal to the good.
The second period started very like the first, with Sean Browne firing narrowly wide from a Cillian Hogan cross, as the Wilderness went in search of an equaliser. But within five minutes their hopes were dashed after Carr cut in from the right and was fouled, but with the referee allowing a very good advantage, Shane Ryan came onto the ball and whipped a tremendous effort into the near post that beat the keeper all ends up, and double his side’s lead. 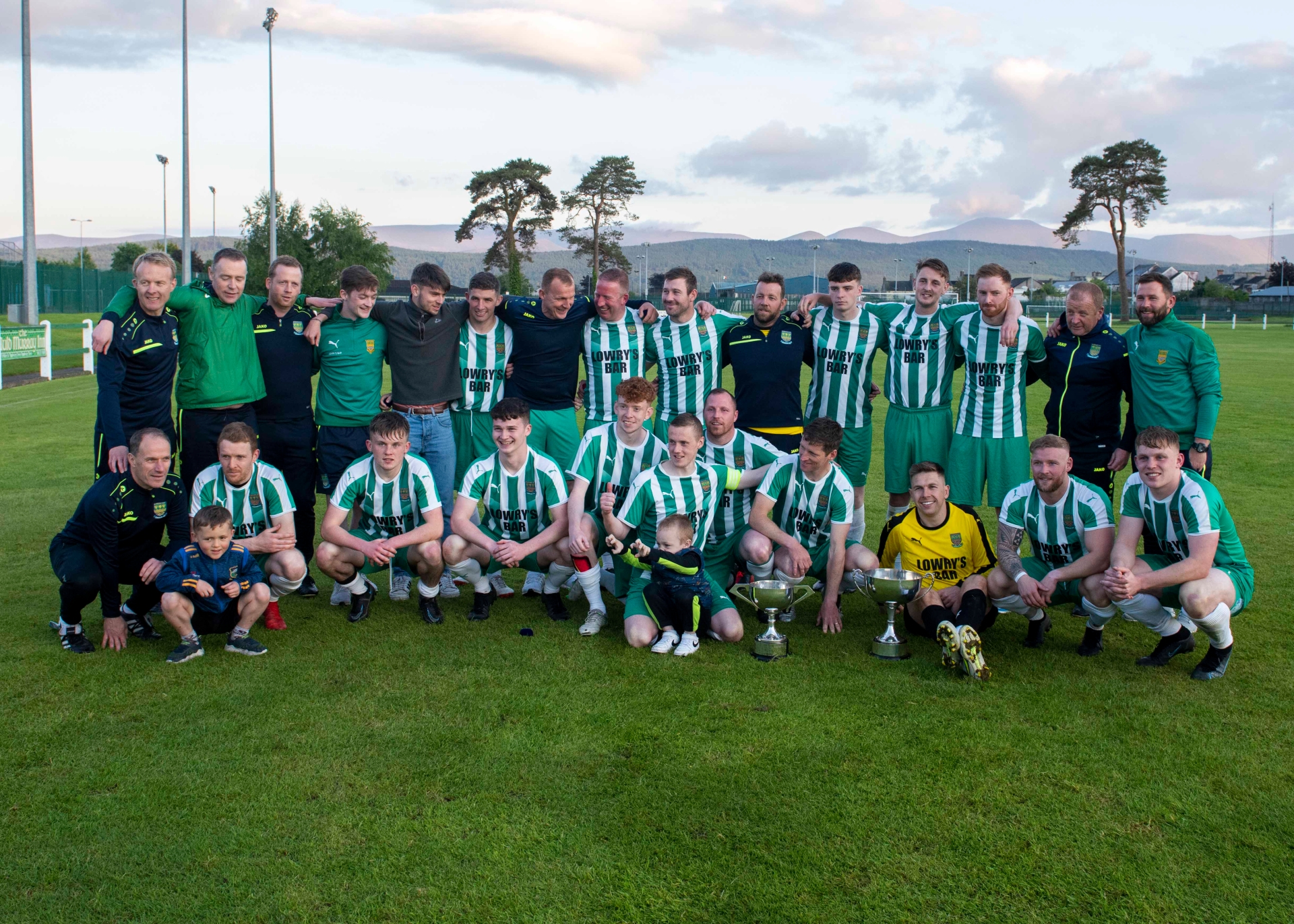 For the next 20 minutes it was all one way traffic with the Saints attempting to provide the knockout punch. Efforts from Carr, Rhys Byron, O’Brien and Ryan all tested the Wilderness defence, which to their credit held firm.
Wilderness Rovers then began to throw more bodies forward in an attempt to get back into the game and had a couple of half chances, most notably from corner kicks. Stephen Woods went close with a header from a Jason Barnes corner, and Barnes himself was unlucky on a number of occasions with the final ball never seeming to drop to him to allow him score.
Both sides used their benches in the last quarter and Saints wrapped the game up with a third goal in the final minute of the game. David Slattery's header looked goalbound from a Jimmy Carr corner, but Danny O'Brien made sure with a cute flick to the net from close range.
This result brings down the curtain on the season for the league champions, who now have the cup to add to their silverware and the promise of better days to come in the next season which will be on us again before we know it.