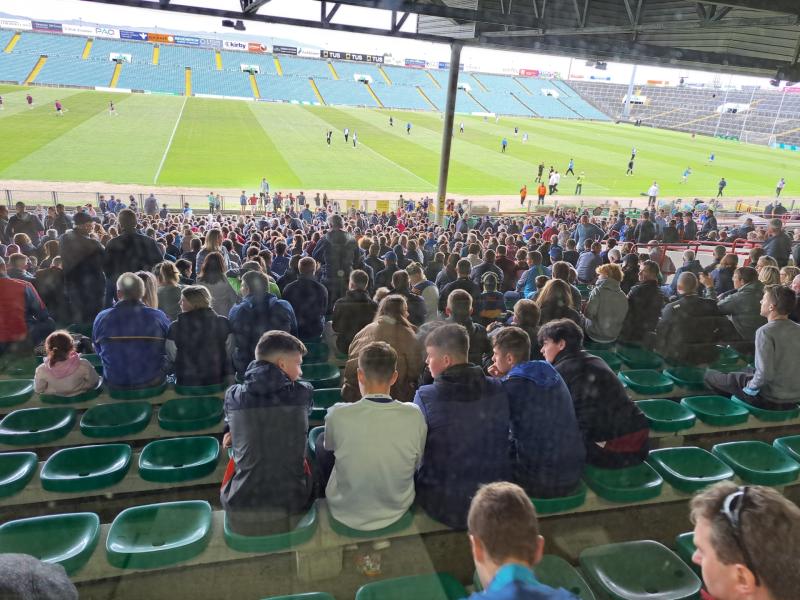 Just when it seemed as though  Galway had won their way into the Electric Ireland minor hurling semi final, Tipperary blasted a late goal from sub Senan Butler to seal a famous win.

A brilliant game of hurling had the attendance on the edge of their seats and it looked as though a Rory Burke goal in the 32nd minute had won the game for Galway.

But Tipp responded and Adam Daly and Joe Egan tied the game and took the lead before Butlers goal sealed the issue.

Galway led by a point at the break 2-11 to 1-13. It was a rip roaring half with the initiative swaying over and back - Galway's two goals in a minute from Aaron Niland and Conor Dolphin proving crucial in the 20 and 21st minutes.

Tipp hit back though and Adam Daly was on hand to turn the ball to the net in the 25th minute after a Paddy McCormack effort had been saved.

The game was very much in the balance at half time and thought Tipp were playing well, they had some defensive issues to sort out in a bid to handle Galway's key men, Rory Burke and Aaron Niland

Tipp now play Offaly in the All Ireland final.