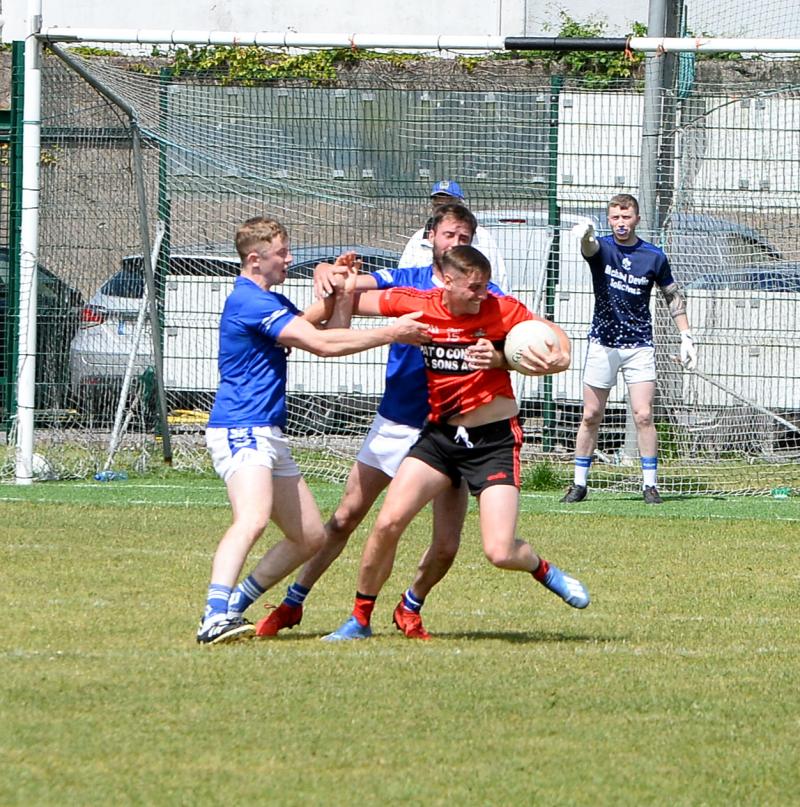 Ballyporeen got their championship campaign off to a winning start with a five points victory over Eire Og Annacarty/Donohill at a sun-blessed Cahir today (Sunday). The south division side, while slower out of the blocks, had much the better of the second half and were fully deserving five point winners in the end.

With Arravale Rovers and JK Brackens also in this group, this opening clash was of huge importance to both sides and Ballyporeen will be delighted to have banked two vital league points. On this showing, a somewhat depleted Eire Og side, will have it all to do to avoid the Tom Cusack Cup competition for a second year running.

The westerners did have the better start and were two points up inside five minutes with Conor Devlin and Cian Mooney scoring, the lively Paudie Bradshaw playing a part in both early scores.

Ballyporeen were unlucky in the sixth minute when Tomas Vaughan’s effort came back off the crossbar but they eventually opened their own account three minutes later, Conor Sweeney converting a free from 40 metres.

Tom Fox and Dinny Crosse were involved in the build-up for the next score for Eire Og, the move finished by roaming corner-back Conor Devlin in the 10th minute.

The Ronan O’Brien managed Eire Og were on top at this stage of the game but some poor efforts at points including leaving two attempts short into the keeper’s arms wasn’t helping matters when they should have been kicking on with the breeze at their backs.

Conor Sweeney kicked his first point from play from a tight angle in the 19th minute leaving Eire Og just a single point ahead at 0-3 to 0-2 when really it should have been more. 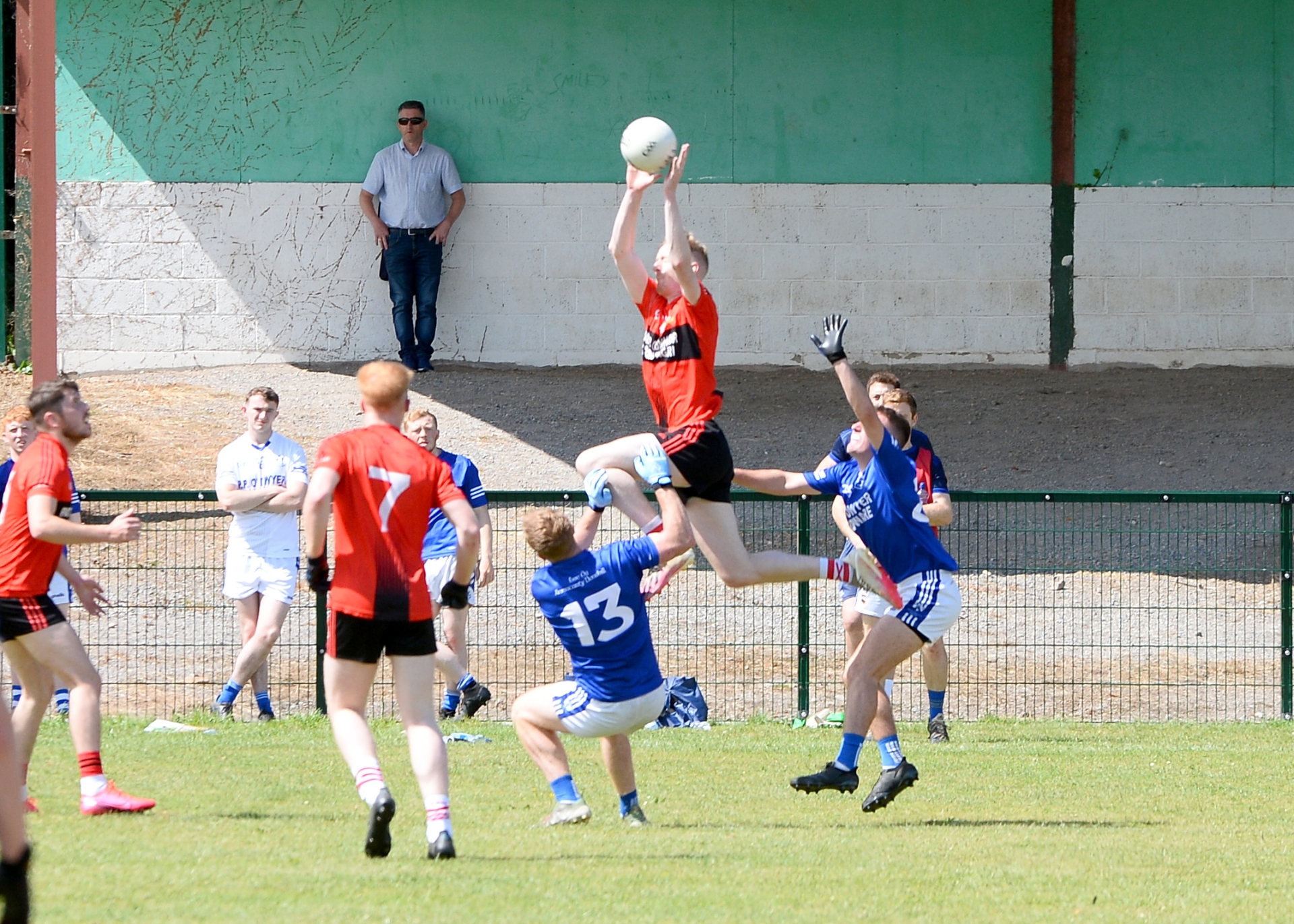 That profligacy was punished more so a minute later with the game’s only goal. A powerful run through the middle by Ballyporeen's Dean Finn was rewarded with a superb goal after the centre-back played a one-two with Glen Walsh before dispatching a well-placed shot beyond Seanie Ryan.

The remainder of a disappointing first half was fairly even, a Dinny Crosse point for Eire Og cancelled by a Conor Sweeney free, awarded after Anthony Crotty was impeded at the end of a promising move.

A determined run in along the end line by Kev Fox earned an easy tap-over free for Dinny Crosse, and when Paul Devlin kicked a sweet point for Eire Og in the 32nd minute the sides were level at 0-6 to 1-3.

The last move of the opening half again saw the probing Dean Finn involved before Darragh Lyons kicked a superb effort from 30 metres on the sideline to give the Robbie Quinn-managed Ballyporeen the narrowest of leads at the interval, 0-6 to 1-4.

As he had closed his side’s first half account, Paul Devlin had Eire Og’s first white flag of the second half to level matters again on 36 minutes - this, however, was to be his side’s only point from play in the entire second period.

Parity didn’t exist for long though as Ballyporeen hit a good patch scoring three points in four minutes to take control of matters.

A free-flowing move linked Noel Vaughan, Darragh Lyons and Anthony Crotty before Darragh Brennan took the initiative from 35 metres with a point.

Conor Sweeney with a free won by Christopher English doubled the lead to two, before the 2020 All-Star showed his cunning, taking a long delivery, twisting and turning to shake off the defender and bisecting the uprights for a three points advantage ten minutes into the second half.

A free from the edge of the D from Dinny Crosse briefly interrupted the pattern before Ballyporeen were to again add three points without reply to stretch their advantage to five by the 53rd minute.

A late tackle on Tommy Sweeney as he delivered a pass inside was punished with a simple tap-over free by Conor Sweeney. A stop-start second half had to wait another seven minutes for the next score, this time a run up the stand side by Riain O’Callaghan delivered an accurate pass to the Tipperary captain who obliged with a point from play. If his free a few minutes earlier was of the tap-over variety, Conor Sweeney produced a replica from the Ennis Road Grounds in 2020 when steering over a sideline free from 35 metres with the outside of the boot. The value of a brilliant free-taker is invaluable.

As the game petered out as a contest Kev Fox added a free for Eire Og in the 56th minute before the game’s final score came from Darragh Lyons to cap off a good day for the Ballyporeen side.

These sides played out a draw in the group stages last year, so Ballyporeen will be delighted to get this year's campaign off to a successful start. The contribution of Conor Sweeney was immense, both the scoring and the outfield work as ever, while Dean Finn’s goal was crucial. Eoin Morrissey impressed all day long in the full-back line, while others to stand out were Riain O’Callaghan, Darragh Brennan, Anthony Crotty, Tommy Sweeney, Darragh Lyons and John O’Callaghan when introduced.

Eire Og’s plight is never easy trying to compete at senior grade in both hurling and football with a small panel to pull from. They now have upcoming football games against west champions Arravale Rovers and mid champions JK Bracken’s to stay involved - no easy task all things considered. The unavailability of the likes of Brian Fox and Paidí O’Dwyer didn’t help matters either. There were honest efforts on the day from Mickey Bradshaw, Conor and Paul Devlin, Connie Bradshaw, Cian Mooney, Donal O’Dwyer and Dinny Crosse, but a lot more will be needed going forward this year.