Dillon Quirke was a wonderful role model for young Tipperary boys and girls - a man who had encountered challenges in his all-too-short life. 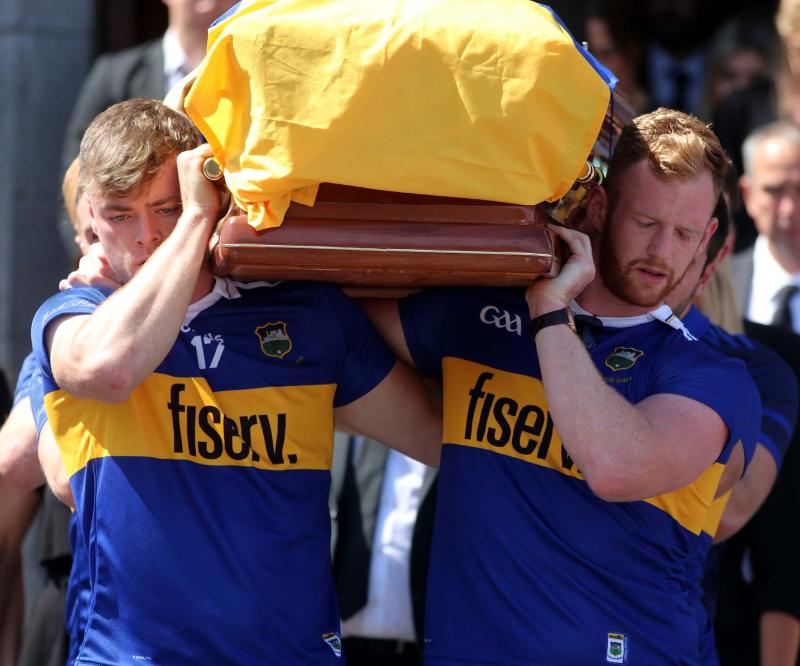 The events which unfolded in Semple Stadium on Friday night last have catapulted sport into perspective and given much cause for reflection throughout the world of Tipperary GAA and indeed sport in general.

Dillon Quirke’s sad passing on the field of play in the Field of Legends has sent shockwaves throughout the country and has left a void in the lives of so many. How truly shocking it was to see a young, fit, passionate 24-year-old, cut down in his prime. How utterly incomprehensible and incongruous to fathom how a Tipperary hurling star could perish in his club colours in front of his teammates, his family and the wider hurling public. Surely Semple Stadium is the field of dreams - not the field of nightmares.

Dillon Quirke was a wonderful role model for young Tipperary boys and girls. A man who had encountered challenges in his all-too-short life, his determination to play hurling for his club and county drove him on and he was to achieve his dream. He made the number 5 blue and gold jersey his own and during a disappointing campaign in 2022 for Tipperary, Dillon Quirke was one of the few positives.

That interview he gave to RTE after one of the Tipp games when he stated that he had achieved something he had dreamed of all his life, seems very poignant now. He wanted to emulate his uncle, the great Declan Ryan - it was the gospel according to Declan where Dillon was concerned. If Declan told Dillon to stand on his head, he would do it; if he told him to hurl with one hand behind his back, he would do it. Dillon had full faith in his uncle and was thrilled to have been named as captain of the Clonoulty/Rossmore side for the 2022 season, with Declan as manager.

The sight of Declan racing into the field on Friday evening, knowing that something serious had happened, was heartbreaking and really conveyed the seriousness of the situation.

Since that fateful moment, the extended Quirke family, Clonoulty/ Rossmore, Tipperary and the hurling public has been enveloped in compassion and sympathy. When news emerged of the passing of Dillon, nobody could quite believe it. Tipperary was numbed with shock; overcome with grief; and it was only right and fitting that all games were called off over the weekend as a mark of respect.

On a wider scale, Gaelic Games throughout the country stood in silence before throw-in to remember, appreciate and pray for a fallen colleague - those moments of reflection were similar to the eerie silence which descended upon Semple Stadium during the minutes when time stood still and CPR was being applied on the pitch.

Sport gives us some of the biggest highs imaginable when things go our way. It also has the capacity to leave us bereft, at a loss and wondering just where it all went wrong, when things don’t work out. But, the lows associated with losing or performing poorly, pale in comparison to the sense of loss felt when news emerged that Dillon had lost his fight for life despite the gallant efforts of the medics. Nobody cared about results then; nobody asked who had played well in the other games; all of the thoughts were with the Quirke and Fryday families, and the Clonoulty/ Rossmore GAA family.

Dillon Quirke died doing what he loved - playing with his teammates in the Clonoulty/Rossmore colours. He loved hurling; loved the club; loved the GAA and loved sport. Fittingly, that love has been reciprocated in the form of support, help, sympathy and prayers since Friday evening.

Clonoulty/Rossmore have had many fine hours hurling and playing football on the field of Tipperary. A proud, proud club, they have won county titles across all grades - Dillon was on the last team to win the Dan Breen Cup and had won county medals in other grades too, including U21. He had also won minor and U21 All-Ireland medals with Tipperary - the U21 being particularly sweet as it mirrored the medals won by his father Dan and his uncle Declan in that 1989 decider against Offaly in Portlaoise - Dan scored three goals and two points from full-forward on that day.

But, perhaps the essence of Clonoulty/Rossmore GAA club; the embodiment of the meaning of club; and the reason we all immerse ourselves in the Association; has been witnessed in motion since Friday night. Perhaps the time since then has seen the finest hours of Clonoulty/ Rossmore GAA club. For, this was the time when those strong and firm supporting limbs helped to shoulder the weight of mourning. This was the time when friends who soldiered together to put stamina in the legs in the depths of winter, congregated to share a tear and lend an ear. Some talked incessantly; others were deep in silence; but they were together - a team. In solidarity. In unison. Clonoulty/ Rossmore’s team. Dillon Quirke’s team.

Club members have been so proactive in helping with arrangements, stewarding, doing all those practical things which need to be done when thousands descend upon a parish to tender their sympathy and support - standing up, rather than standing by, has been cathartic for them and has helped many to get through these most difficult of days.

Without doubt there are dark days ahead too. Their support of, and for, each other will be needed more than ever in the coming weeks when the crowds have drifted away and the world moves on.

But, wherever ash clashes and leather flies through the air, Dillon Quirke will be remembered. When the gates open in Semple Stadium again, the green grass will seem just a little bit different - this hurling mecca has been tainted by the visit of tragedy. It’s not too dissimilar to Jones Road on Bloody Sunday when another proud son of Slievenamon lost his life in the Premier colours back in 1920.

Sympathy is extended to the Quirke and Fryday families; the Clonoulty/Rossmore club and all who mourn the loss of a very fine young man.