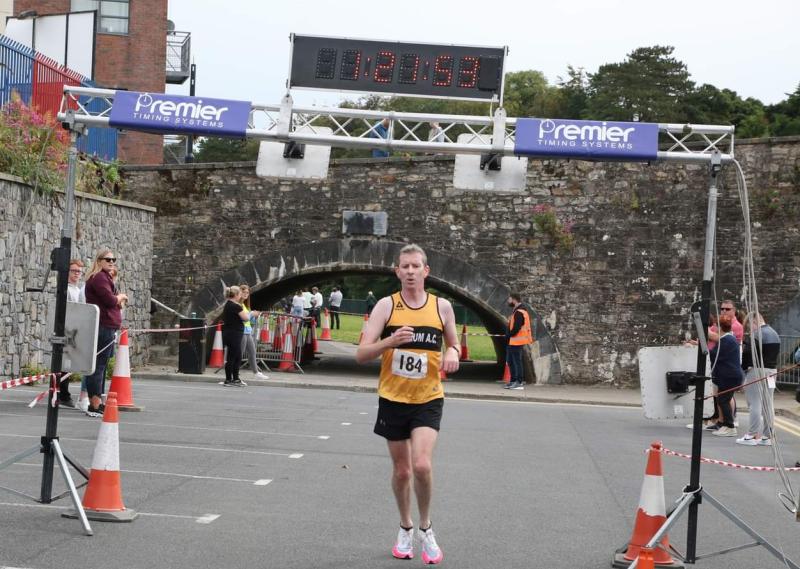 Dundrum AC’s Martin Keane was first home for his club in last Sunday’s Boston Scientific Half Marathon in Clonmel. Martin finished eighth in a time of 1 hour, 21 minutes, 49 seconds

BOSTON SCIENTIFIC HALF MARATHON
The Boston Scientific Half Marathon was held on Sunday, August 28 in Clonmel and hosted by Clonmel AC. We had four athletes over the long distance of 21k in what were good conditions.
First home for the club was 8th Martin Keane 1:21:49. Next we had 170th Linda Grogan 1:48:24, who was followed closely by 172nd Emily Leahy 1:48:45 and 204th Mairead Julian 1:51:47.

CORK CITY 10 MILER
The Cork City 10 Miler was held on Saturday, August 20 and hosted by St Finbarrs AC. Mary Ann McHugh made the trek down to the rebel county on what was a hot day hitting the mid 20's. She completed the race in 1:59:14. Well done.

GLEN 5k
The Glen 5k was held on Saturday, August 20 in Lisvernane. We had 2 club athletes compete on what was a sunny and warm day. First home for the club was 8th Mary Keane 20:46 and finished in podium position of second Woman. She was followed by 9th Michael Moore 21:06.

CASTLEPOLLARD 5K
The Castlepollard 5k was held on Wednesday, August 27 in Co Westmeath. Kevin Moore had a fantastic race in win the race in a fast time of 15:00. Keep up the great running Kevin.