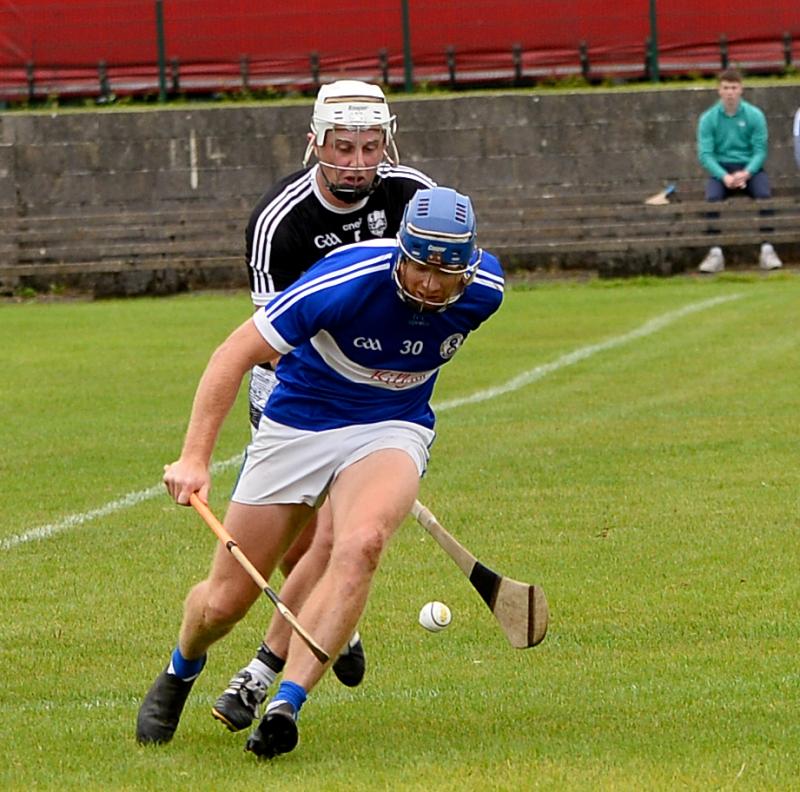 Jason Forde scored 0-17 points for Silvermines in their extra-time win over Carrick Swan this afternoon in Boherlahan. Pic: Michael Boland

After an almighty struggle at Boherlahan on Saturday afternoon, Silvermines won through to the quarter-finals of the County Premier Intermediate Hurling Championship, but only just.

In an fiercely competitive encounter, played in good spirit throughout, the north Tipperary side edged out Carrick Swan by a single point at the end of extra-time.

Following 80+ minutes of never-say-die action, 55 scores, and after being level on nine occasions, only a puck of the ball separated the sides. The match-clinching point came from a Jason Forde free in the 79th minute, his 17th white flag, breaking the hearts of the Swan on a day neither side deserved to lose.

Silvermines had come as warm favourites with two out of three wins in the group stages to face a Swan side beaten in all three of their group games and only still in the competition due to the wild card of divisional winners. The formbook, especially with the Swan without their always-influential Danny O’Hanlon, expected a comfortable Silvermines win. That win eventually transpired, but not in the manner most expected, with huge credit to the Suirsiders for coming so close.

With the breeze at their backs Swan got off to a great start with an Aaron Dunne goal after five minutes and led 1-2 to 0-1 after 10, Dunne and Torpey with their points and Silvermines replying via Jason Forde with his first of 11 frees on the day.

A brace of points apiece from play (Forde and Patrick Leamy for Silvermines, Eric O’Halloran and Cory Ryan for Swan) still left the Carrick side four up at the end of the first quarter.

And they had that advantage stretched to five by the 20th minute with further points from a Colin Loughman (65) and a great solo effort from Ryan Waters; Forde keeping Silvermines ticking over with another free.

The next four scores all came from frees (3 for Forde, 1 for Aaron Dunne), the Swan hurling fiercely at the back where the Silvermines attacking unit was getting little change.

In the run-up to the break the Mines began to at last find space and three points from play from Forde (2) and a long range effort from Darragh Nolan narrowed the gap to two at the break, the southerners replying with points from the lively Cory Ryan and another Dunne free.

Within three minutes of the restart it was all-square, Silvermines drawing level with a further Forde free and an excellent point from a tight angle by Conor McKelvey.

The third quarter would belong to Silvermines, outscoring their opponents six-one, their other scores from Forde (3, 1 free) and Andrew Hayden.

A Patrick Leamy point from 65 metres in the 48th minute put Silvermines four clear, 0-17 to 1-10, and having come from five down, it looked like they were going to cruise home after all.

But the spirit of the Swan is famous and they turned the game on its head with a huge rally down the stretch. Three unanswered points from Aaron Dunne (2, 1 free) and Eric O’Halloran from the sideline left just one between them with eight minutes to play. 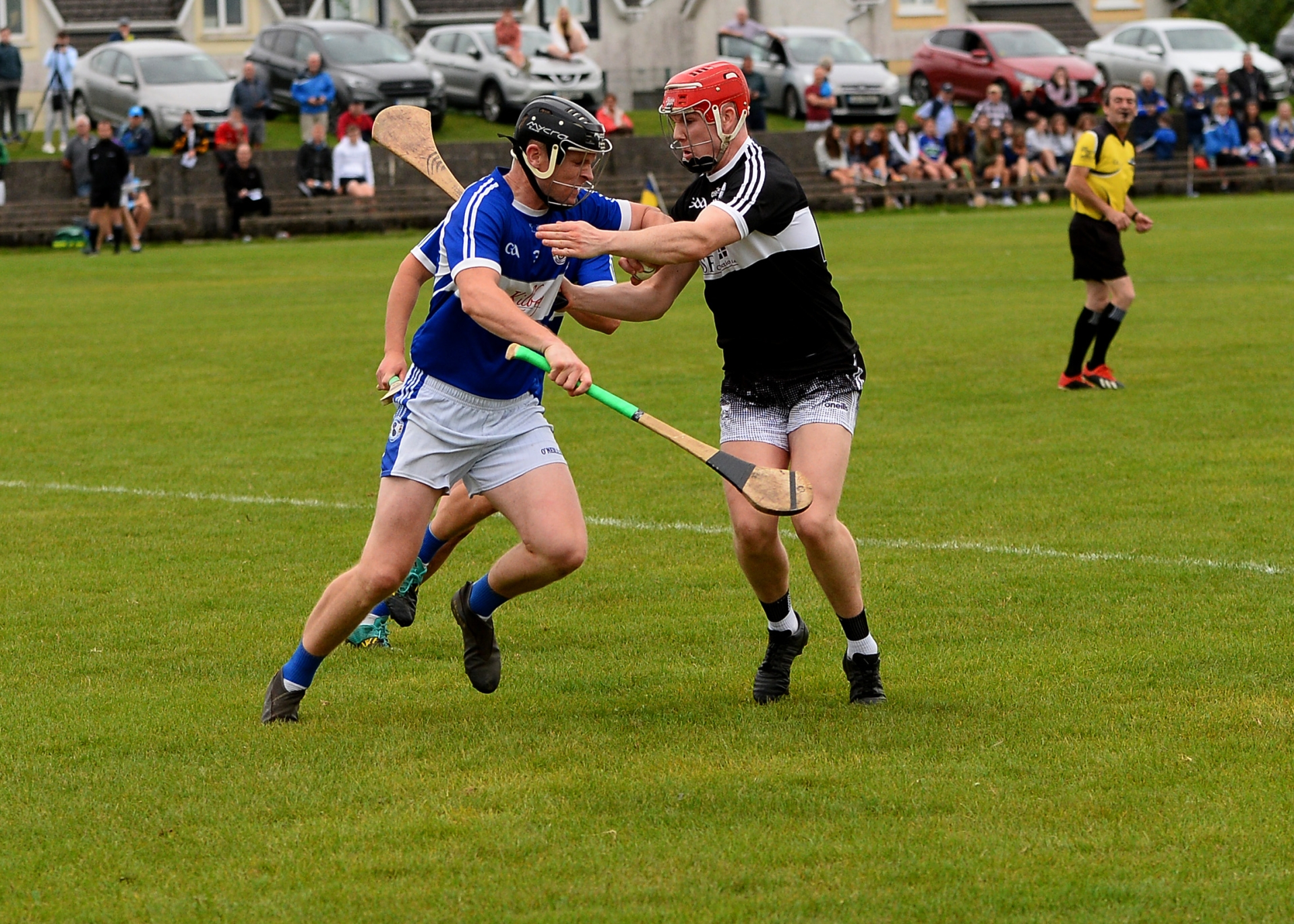 The free-taking of Jason Forde was immense all day and a further brace from the county man, either side of a Dunne free kept Sean Quirke’s side ahead - but not for long.

Three minutes from time a long-range free from Colin Loughman fell just short and in a forest of ash a touch sent the sliotar to the back of the net. The Swan were back in front and with a shot of adrenaline added the next two points (from Eric O’Halloran and a Colin Loughman free) to suddenly go three clear with time going into the red.

Forde had a low free saved before tapping over another, but an Aidan Waters point for the black and whites looked to have secured victory with a three point margin restored.

But there was to be one last twist in normal time. A low drive from Forde in the fifth minute added minute was parried by Adam Kerwick and substitute Gerard Leamy was quickest to react to touch home the game-saving goal for Silvermines.  At 1-20 to 2-17 at full-time, extra-time would be needed.

Again it ebbed and flowed in the first half of extra-time; Silvermines went two-up (Oran Quirke and Forde with a sweet sideline cut) with Cory Ryan and Dean Waters levelling. Again Noel Quirke put the northerners ahead only for Eric O’Halloran to level at 1-23 to 2-20 at half-time in extra-time.

The Swan once more edged two up at the start of the second period with two from Aaron Dunne (1 free) but Silvermines weren’t giving up and captain Oran Quirke fired home a crucial goal six minutes from the end to nudge his side ahead momentarily before Aaron Dunne put over his sixth and final free of the day for parity.

Toe to toe like tired boxers they punched over the dying minutes, Silvermines, Swan, Silvermines, Swan it went via Peter Kennedy, Cory Ryan, Conor McKelvey and Aaron Dunne. At 2-25 each with a minute remaining it looked like penalties might be on the way. But as he had kept them alive all day long, Jason Forde got one final chance with a free and that was it.

The Mines go through to the last eight and the Swan must regroup to battle for Premier Intermediate status in the relegation play-offs.