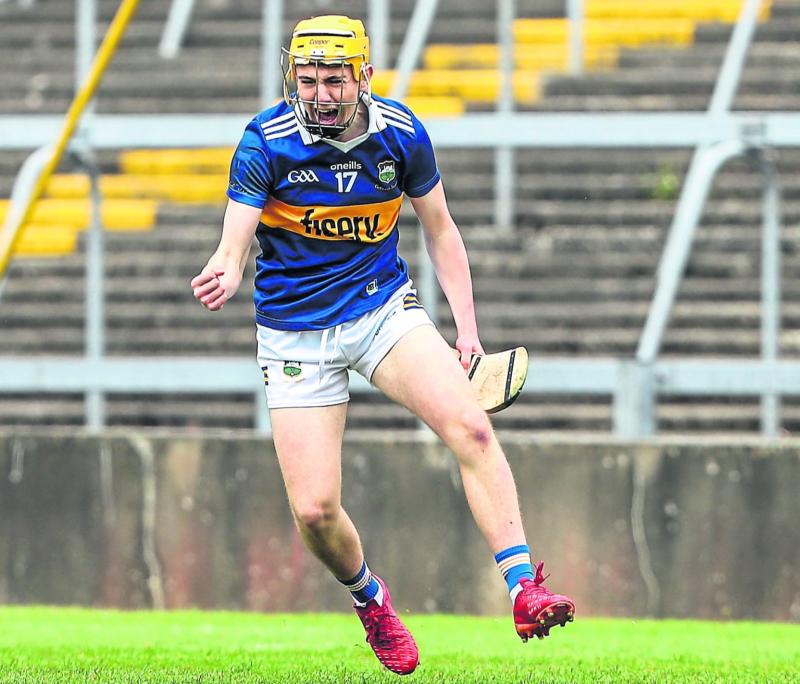 Senan Butler, after scoring a vital goal for Tipperary against Galway on the road to All-Ireland glory netted a hat-trick for Clonmel Celtic in the FAI Youths Cup at the weekend

Deen Celtic (Kilkenny) 3 – 4 Cullen Lattin (AET 2-2 FT)
Cullen headed to Castlecomer on Sunday for the preliminary round of the youths national cup, and the game didn’t disappoint the huge crowd who witnessed a battle the whole way to the final whistle.
The home side hit first with a great strike in the 20th minute from their centre forward who looked a really good player right from the start of the game.

Cullen did settle though and were probably the better team from there to the break but unable to get the ball into the net.

The TS&DL side continued to dominate in the second period and finally levelled matters around the hour mark when Paddy Downey finished off a brilliant team goal.
It was all the visitors now, and Downey was just about to pull the trigger on a second goal in the 70th minute, only to be fouled and see the referee point to the spot. Up stepped Dylan McGrath and he made no mistake, putting the Cullen/Lattin in front.

Though at that time, there only looked like being one winner, the Kilkenny side thundered back into the game and finished strongly, scoring an equaliser five minutes from the end of normal time to send the game into an extra twenty minutes.

But Cullen re-established their advantage minutes in with another good team goal that saw Stephen Carey and Tristan Stokes set up Dylan McGrath to score his second, and put his side back in front.
But back came Deen Celtic again to score with just five minutes left in the second period, making it odds on that the game would have to be decided by the dreaded penalty shootout route.

That was until the visitors took things into their own hands again inside the final 90 seconds when Downey who was brought down again, this time right on the edge of the box. But that didn’t stop Tom Ryan Bob, who flashed a winner into the bottom corner to the delight of the travelling fans.

Showing some great early season form in the TSDL Youth League side, Clonmel Celtic made the perfect start to their FAI Cup campaign with a six goal away win away to Kilkenny side Stoneyford United on Saturday last.

The Clonmel side started started very strongly and actually scored all their goals in the first half. Their standout contributor was Senan Butler who scored a hat-trick while Julian Kerton helped himself to a brace, with Aaron Costigan scoring his first goal for Celtic after just four minutes.

This allowed the Tipperary side to take their foot off the pedal in the second half, but they never looked troubled and will now hope for a long deep run in this competition.