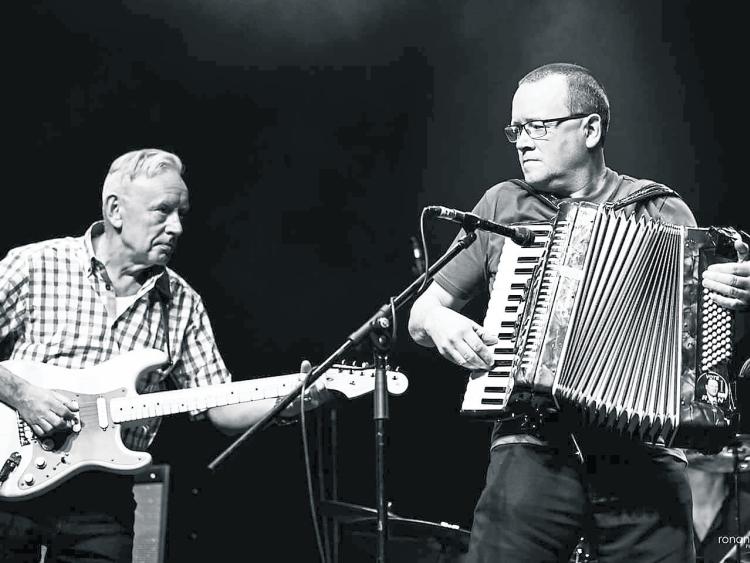 Last week in Mullingar, Co Westmeath, a dream came true for Michael Ryan, Whitefield, Templemore - well known musician and former town councillor. As a result of a previous encounter, Michael got the opportunity to play his accordion with a blues twist live on stage in front of a packed house at the Mullingar Arts Centre with Blues legends Don Baker and Rob Strong, who are in the middle of their countrywide tour marking 50 yrs on the road. Don has also appeared in many films most notably “In the Name of the Father”. Michael who works locally with Centenary Co-Op has in recent times been inundated with invitations to festivals all over Ireland. Michael is pictured performing with Don Baker in Mullingar.