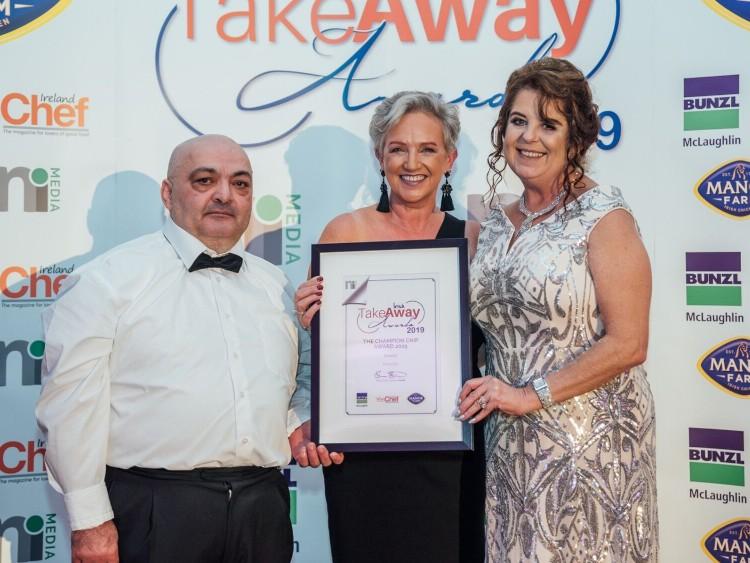 A very proud Susan and Nino Lannelli, Templemore, collected the Award for the best in Munster at the first ever Irish Takeaway Awards. Held last week in the Radisson Blu Hotel in Athlone, Nino’s Takeaway, 3 Patrick Street, was shortlisted for the Fish and Chip Takeaway of the Year, The Champion Chip Award and the Takeaway Team of the Year awards, and came away as overall winners 2019.
Created by the team behind YesChef, a food and drink magazine, the awards were decided after members of the public submitted their nominations for their favourite Irish Takeaway spots.
With such stiff competition, it was a huge honour to be shortlisted for three awards but to be crowned as the holder of best for all of Munster is truly a great achievement. Nino and Susan accepted the award accompanied by their family and hardworking team.
Nino’s Takeaway is a Templemore favourite and celebrated its 20th anniversary last year. Nino and Susan would like to thank their loyal customers and all of those who voted for them in the public vote, but especially their suppliers: Templetuohy Foods, Rabitte Catering Dublin, Seery’s Athlone, Plassey Foods Limerick, Cash & Carry Value Centre Nenagh and Matthews Frozen Foods.