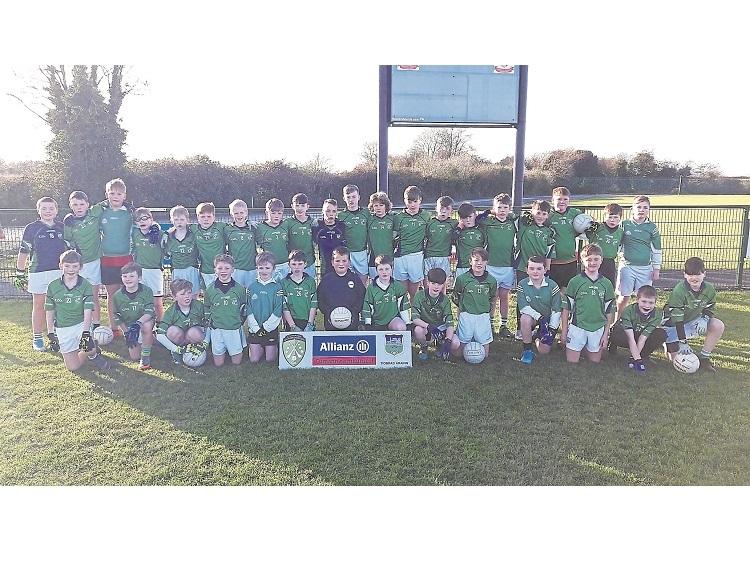 2019 will long go down in the memory as a landmark year for G.A.A in Tipperary. In a year where we revelled in awe at the brilliance of Liam Sheedy’s Senior Hurlers, Liam Cahill’s Under 20 Garsúns and Shane Ronayne’s Ladies Footballers a young boy or girl could not be short for inspiration to pick up a hurley or a football and get out and play our wonderful Gaelic Games.
On a more local scale our Templemore children have been spoiled watching their heroes capture the Seamus O’ Riain Senior Hurling crown, reaching the final of the Senior Football and our Ladies Footballers reaching the Munster Final.
No surprise then in September when Mr. Doyle and Mr. Kelly asked the 4th, 5th and 6th class children in St. Colmcille’s to raise hands if they’d come training for the upcoming Under 13 Football championship and over 40 hands shot up and so started the twice weekly pilgrimage to Páirc Shíleáin to train in all weathers.
It wasn’t long before game one arrived and St. Colmcille’s travelled to Thurles to lock horns with Scoil Ailbhe on their school grounds. In what was a keenly contested affair the Templemore boys edged it just about on a 2-5 to 2-3 scoreline.
After 2 more victories against Ballina N.S and St. John the Baptist Boys from Cashel St. Colmcille’s topped their group which meant they would now play St. Peter and Paul’s from Clonmel for a place in the County Final. In what could only be described as an almost perfect performance, St. Colmcille’s would not be denied and emerged victorious on a scoreline of 4-6 to 0-2.
When word filtered through that Scoil Ailbhe had won their semi final, preparations began to claim back the coveted title which had eluded St. Colmcille’s since 2014.
In Littleton on November 19 both teams squared up with Scoil Ailbhe seeking revenge for the first round result. It was the Thurles men that made the better start to the game and had a point on the board in the opening minutes.
However, the nerves soon disappeared and after piling on some pressure Seán Walsh was quickest to a rebounded shot and found the net for St. Colmcille’s. This spurred the boys in green on and Jack Marnell kicked 2 points in quick succession.
Momentum was with Templemore now and when Joseph Foy broke a ball through and Odhran Dalling pounced for St. Colmcille’s second goal it seemed that we had one hand on the trophy. After a busy first half St. Colmcille’s held a two goal lead but can be very thankful to goalkeeper David Augustyniak who made two incredible saves in that first half to ensure a Templemore advantage at the break.
The second half began with Scoil Ailbhe throwing everything they had at St. Colmcille’s and were extremely unlucky on more than one occasion not to have found the net but the Templemore backs stood strong and would not be breached making vital interceptions and forcing mistakes at crucial times.
The leadership shown from captain Niall Delaney was massive while Jack Duggan and Kyle Quinlan in the corners were tigerish in how they went about their business.
Dayle Hogan at centre back was reading the game like a book while his wing men Thomas Deegan and Ryan Loughnane were running themselves into the ground for the cause. Points were exchanged and at a juncture when it was clear that the next score would be vital up stepped Joe Burke, he received the ball under the stand, used his pace to cover ground, played a one – two with Kinnian O’Brien before rifling a shot to the net and bringing the Templemore supporters to their feet. This was to be the game winning score and most would say it came against the run of play but was just reward for the bravery of the backs withstanding the pressure they had faced.
Billy Collier, Liam Collins and Seán Stone continued to work tirelessly winning balls they had no right to win and forcing fouls to relieve the pressure they were under.
Jack Marnell added one further point for St. Colmcille’s before referee Gerry Treacy blew the final whistle to spark scenes of jubilation amongst the Templemore followers. Niall Delaney proudly accepted the trophy on behalf of the team and paid credit to his coaches, teammates and opposition for a fantastic game of football.
Huge credit must be paid to Scoil Ailbhe who never gave up and lost nothing in defeat and really it says it all that St. Colmcille’s goalkeeper David Augustyniak was named man of the match.
The following day Seamus Callanan, Andrew Ormond and Éanna McBride visited the school with the All Ireland trophies and presented 34 gold medals to the champions.
Mr. Doyle and Mr. Kelly spoke of the pride they felt to be involved with such great young men and praised the effort all members of the panel had put in since September.
Team and Panel:
David Augustyniak, Kyle Quinlan, Niall Delaney, Jack Duggan, Ryan Loughnane, Dayle Hogan, Thomas Deegan, Billy Collier, Liam Collins, Seán Stone, Seán Walsh, Joe Burke, Odhran Dalling, Jack Marnell, Joseph Foy, James Leahy, Luke Foley, Ernest Bruzga, Dara Faherty, Bill Finn, Peter Breen, Larry O’Brien, Roy Doran, Pat Maher, Tom Collier, Kinnian O’Brien, Tadhg Kelly, Conor Gardiner, Daniel Cummins, David Bannon, Stephen Fogarty, Luke Collins, Joe Johnston, Shane Leahy. 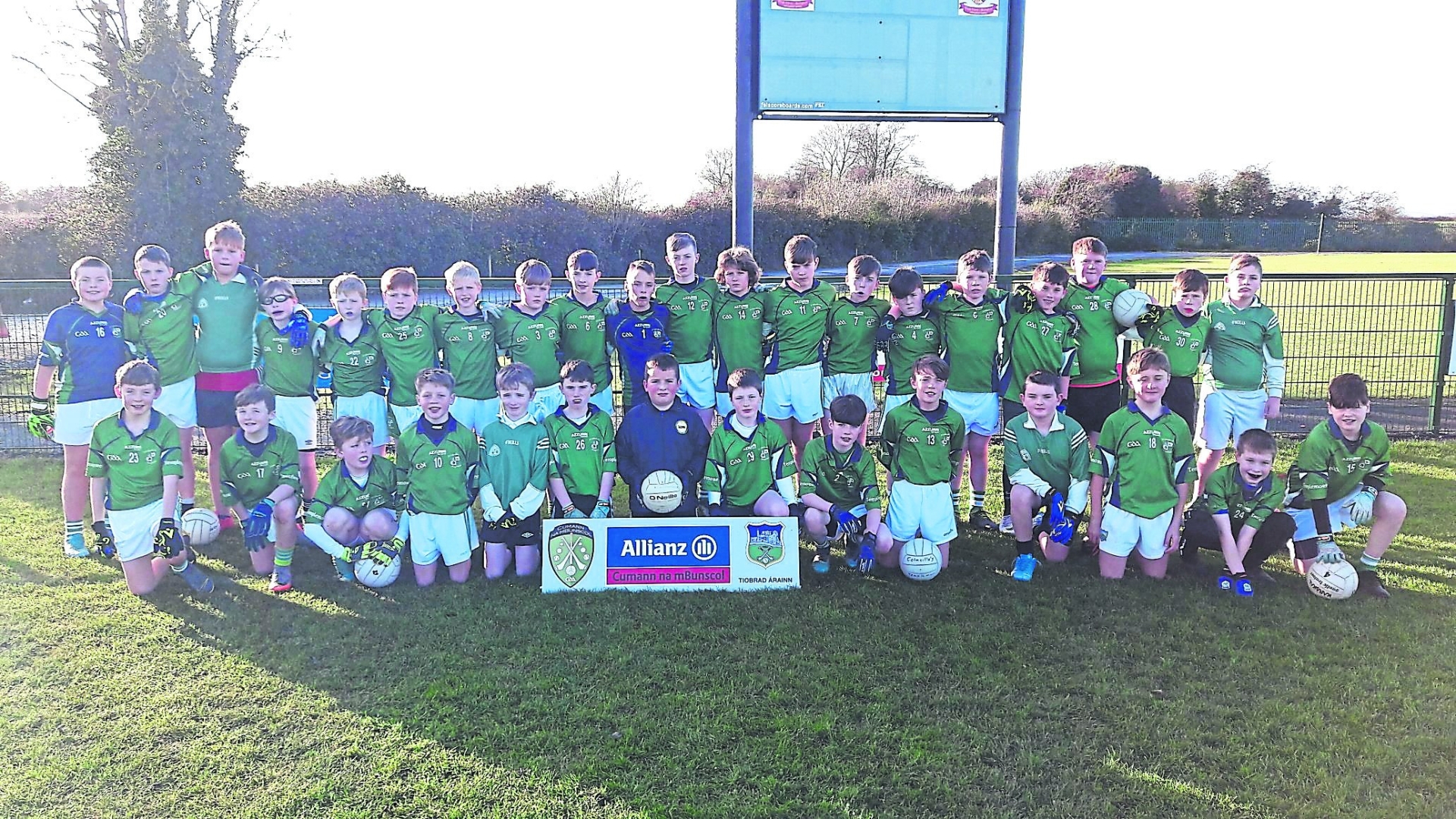