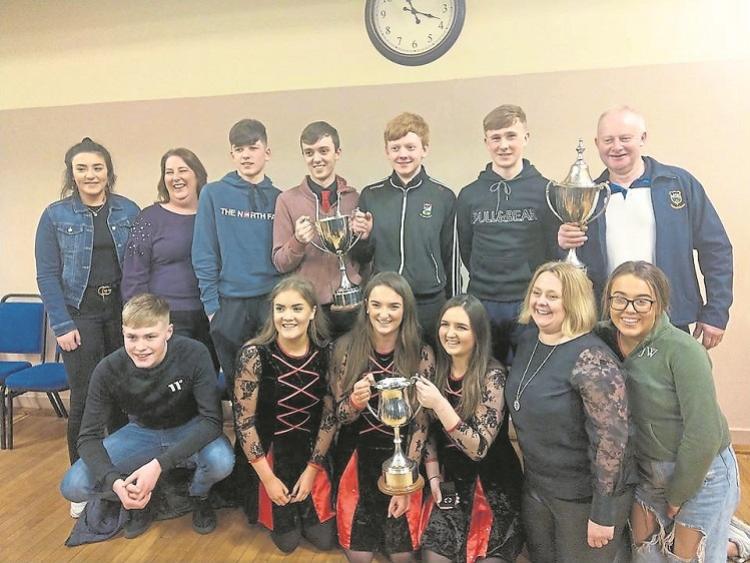 Congratulations to our Senior Scor team who brought home three County titles from Newport on Saturday night.
Noel Joyce was at it again in the recitation as he took the title with his own piece “The woes of Mooncoin” which had the audience in stitches.
Caroline Glennon, Colleen Giles, Anna Ryan, Ciaran Byrne and Ben Collins came out top in the Instrumental Music while Colleen, Anna and Ben claimed double gold in the set dancing when they teamed up with Lorna O’Shea, Katie Giles, Eamonn Stamp, James Ryan and Jack Nevin to complete the treble for Brackens.
Well done also to Gillian Fogarty and Eoin Leahy who provided the music for the set dancers. And we even won the raffle with Aine Stamp picking up first prize. They now go forward to the Munster Final in Cappamore on Saturday March 28. Best of luck all.
Hard luck to our U-21 footballers who were defeated by Na Sairsealaigh Og in the Mid Final at Castleiney on Saturday afternoon last where three second half majors did the trick for the Blues.
No rest for some players as Sunday morning saw us share the spoils with Holycross in the opening round of the County Senior hurling League. Round 2 takes us off to Dolla on Sunday morning with an 11.30am throw-in.
Well done to Lilly Shelley who won last Saturday's 50/50 Jackpot of €707. Lilly bought her winning ticket in Mary O's.
Well done also to our U-14 A footballers who won all three matches in the Peil blitz played at Pairc na nOg on Saturday morning last. They now go forward to meet Moycarkey in the Mid final which takes place in Pairc na nOg on Saturday next at 2pm. Brackens are also in the C final which takes place at the same venue at noon.
Thanks to Seamus Delaney and Caitriona Maher for all their efforts in running and co-ordinating the recent Child Safeguarding courses which were very well attended.
For all the latest news, results, match reports and updates please log on to jkbrackensgaa.com or simply download Clubzap to your phone. 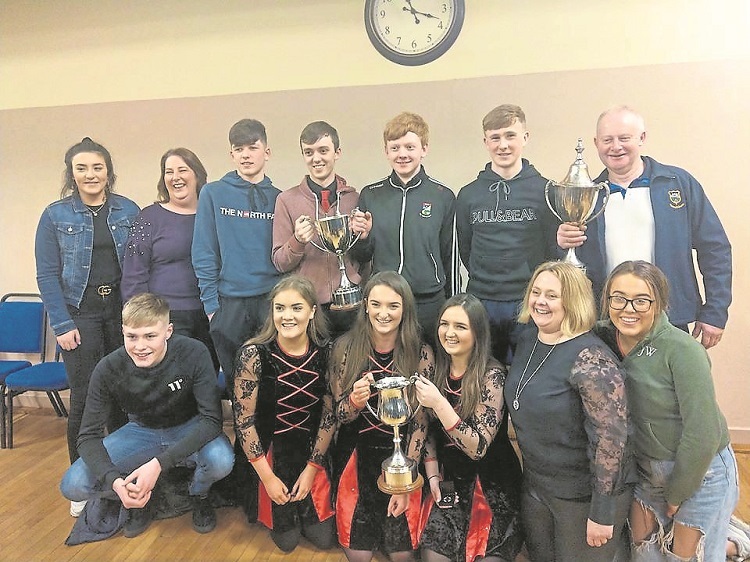