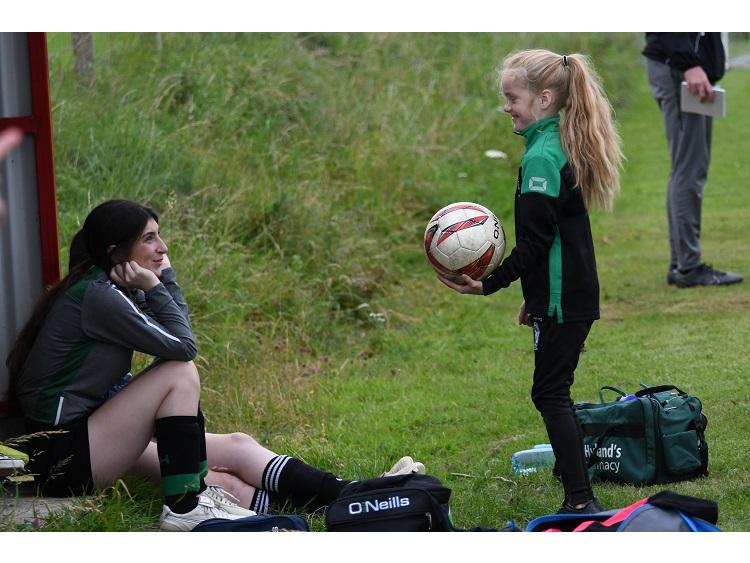 Match Reports
Shinrone Ladies 0 V BT Harps Ladies 3
The girls good form continued last week against Shinrone. Unbeaten Harps were always favourites going into this one but the home side made them work hard for their victory. The opener came on 30 minutes when a headed clearance from Abbie Stapleton found Mary Corcoran in the middle of the park. Still with plenty to do Corcoran cut through the home defence to score. The lead was doubled five minutes later when once again Avril Tangri’s pace proved too much. She broke down the left and passed to Ellen Delaney whose long range effort found the top corner. The win was sealed on the hour mark through in-form striker Norma Maher, who shot on the turn to make it 3-0. This is an all Tipperary League comprising of 2 groups – North and South Tipp - with the top two from each group advancing to the semi-finals. Next week we have home advantage against Birdhill who are also unbeaten. With both teams already qualified victory for either side will see them top the group.

Killavilla 1 V BT Harps Youths 3
In their first away game of the season the lads started slowly and went a goal behind early on. But as the half wore on the Harps began to get on top and equalised through a James Corcoran free-kick. Harps were much improved after the break and were unlucky not to go ahead when a Rhys Loughnane effort came back off the post. The lead eventually came when a fine Eddie Ryan solo run saw him break through the Killavilla defence to put us 2-1 ahead. And the Harps didn’t rest on their laurels as they continued to push forward and their bravery was rewarded when young Jamie Monaghan scored on his youths debut to leave the final score 3-1.

Ballymackey 5 V U-15 Girls 0
The girls were knocked out of the Cup away to Ballymackey. The League have combined the U-14 and 15 teams for the Cup and as our girls are U-14 it was always going to be a tall order and they now go into the Shield.

Arra Rovers 0 V U-14 Boys 2
Our opening Cup game of the season saw us travel to Portroe and in a tight battle were really up against it. A great penalty save from David Augustyniak kept the score at 0-0 before a Dayle Hogan brace sealed a good win.

Killavilla 1 V U13-B Boys 3
The B’s also advanced in the Cup with goals from Tom Collier, Darragh Monaghan & Paddy Hoare giving them victory over the Roscrea side.

Nenagh Tn 4 V U12-A Boys 0
The boys run in the Cup came to an end in Nenagh this week. Good lessons learned here and the team never gave up and fought to the end.