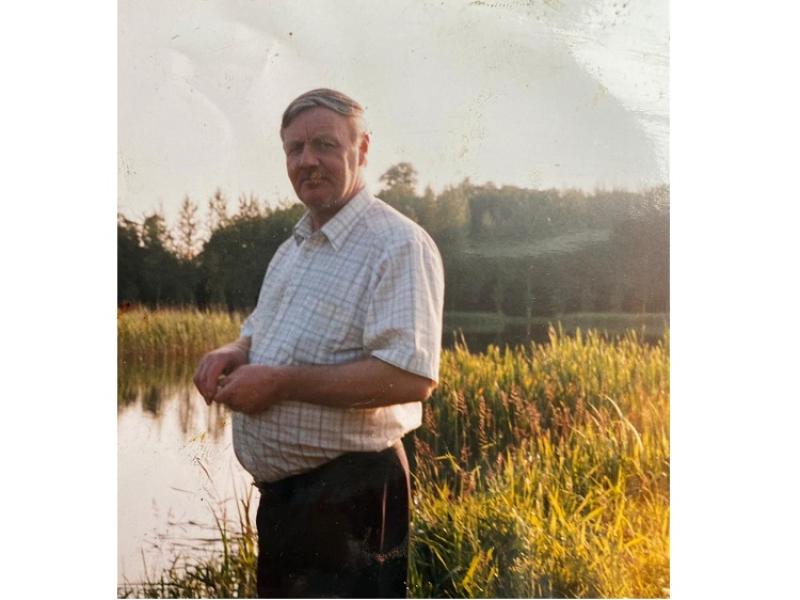 The death occurred on November 12 last of JJ Kelly, 11 McDonagh Terrace, Templemore.
JJ was born at 10 Lacey Avenue on October 20, 1945 to Bill and Mary Kelly (nee Holland). His father was from Kilrush, Co. Clare and worked as a P.E. instructor at the Army Cadet school in the Curragh Camp. There were army connections on his mother’s side too as JJ’s grandfather, Paddy Holland, served in World War 1.
Following his school days JJ served his time at Duggan’s as a carpenter and worked with the local Council in that capacity. He was a very keen sportsman excelling at hurling, football and athletics. He picked up back-to-back Rice Cup medals in 1959 and 1960 with those teams featuring John Costigan, Tommy Heffernan, David Maher, Jimmy Lambe, Bobby Quinn, Sean Kearney and Willie Smith amongst others. He then went on to play a leading role in attack on the Na Fianna minor hurling team who won the Mid Championship in 1962 and again in 1963. The ’62 team were defeated in the County Final by Roscrea who were claiming five-in-a-row while in ‘63 they lost out to Ballingarry in the County semi-final.
JJ also won a Mid minor football medal in 1962 defeating Thurles Crokes in the final before losing out to a Babs Keating inspired Ardfinnan in the County Final. In Senior football he won two Mid medals in 1963 and again in 1964 but once again failed to add that elusive County medal. Indeed the last time Templemore won the County Senior football title in 1936 they were captained by JJ’s uncle Kieran Holland.
Local history provided a great source of enjoyment for JJ and he regularly attended the Sr Aine Historical Society lectures and outings for many years. He loved to visit Glasnevin Cemetery in Dublin where he met up with his great friend Paddy Gleeson.
In 2010 Templemore Tidy Towns produced a book entitled “Through the Lens of Time” – a beautiful pictorial history of Templemore. JJ was pivotal to the success of this book through his diligent research and identification of photographs. The Library was another of his favourite haunts where he struck up a great relationship with the staff.
Socially he loved to visit Murphy’s pub thus becoming a great friend to Tom and the family over the years. He also loved to be out and about on the street and enjoyed the chat with the locals.
JJ was predeceased by his parents Bill and Mary (Mai), brothers Noel, Liam, Kieran and Gerard (died in infancy) and is survived by his brother Pat in London. A guard of honour from the Historical Society and the GAA club took place before JJ’s funeral mass in the Sacred Heart Church and he was interred with his parents and brothers, Liam and Gerard, in the old cemetery.
May he rest in peace.