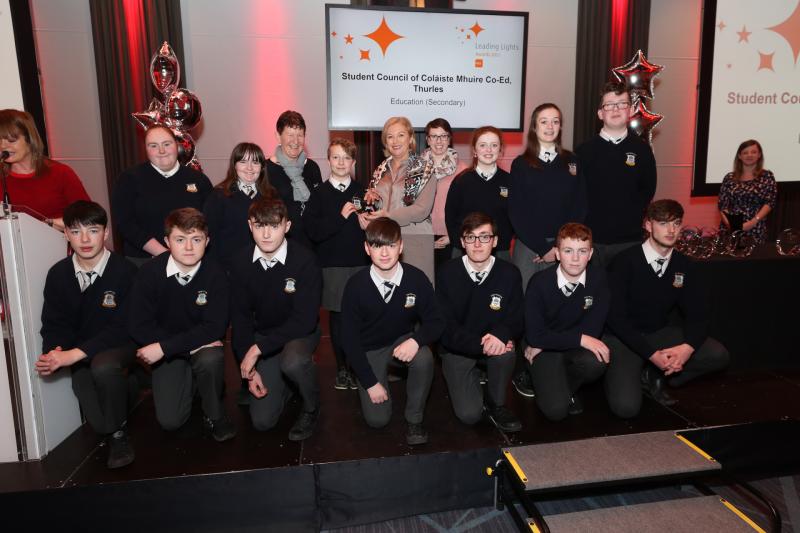 The student council in Coláiste Mhuire successfully lobbied the local council to have a wall demolished between the school and the nearest cross roads. This involved consultation with the GAA (Semple Stadium), Tegasc and the local council. As a project, it had been mooted several times over a 25-year period as the stretch of road in question was a big safety concern. This team project was proposed and led by the student council in Coláiste Mhuire.

A proposal was written up and presented to the local council. They held a meeting held with local engineers and council representatives. In the last few weeks their plan has been accepted by the county council and the wall is being demolished. This project is a very good example of students in action.

The ‘Approved Driving Instructor – Motorcycle’ award was awarded to Thomas Tynan. Thomas is a vastly experienced motorcycle rider and he trains motorcyclists from the Thurles and surrounding areas. He has been registered as a professional IBT instructor with the RSA since March 2010.

A total of 24 individuals and organisations were honoured for their commitment and dedication to road safety at the tenth annual ‘Leading Lights in Road Safety’ Awards which were presented by RSA Chairperson Liz O’Donnell and RSA Chief Executive Moyagh Murdock in Croke Park today. MC for the day was RTÉ News Correspondent Teresa Mannion, with awards presented in categories including media, education, business, emergency services and public sector.

Minister of Transport, Tourism and Sport, Shane Ross TD said: “Congratulations to everyone who received an award today and on behalf of all road users, thank you for your commitment and dedication to making our roads safer.”

Ms Liz O’Donnell, Chairperson of the RSA presented the awards, saying: “Road safety is about making the roads we share with our family, neighbours, friends and colleagues a safer place. It’s about keeping our local communities safe. And that’s why we are recognising the great work being celebrated here today. Work that is helping to make communities right across the country safer for all. Work that is making a difference and saving lives.”

Ms Moyagh Murdock, Chief Executive of the Road Safety Authority said: “We received over 160 nominations across the Leading Lights awards categories this year. The high quality of projects being entered meant that is was the toughest year yet to pick winners. I’d like to commend those who sent in nominations, who recognised Leading Lights in their school, office or community, who are making a difference, and put them forward for awards. It is thanks to them that we hear about the great work being done around the country to promote road safety.” 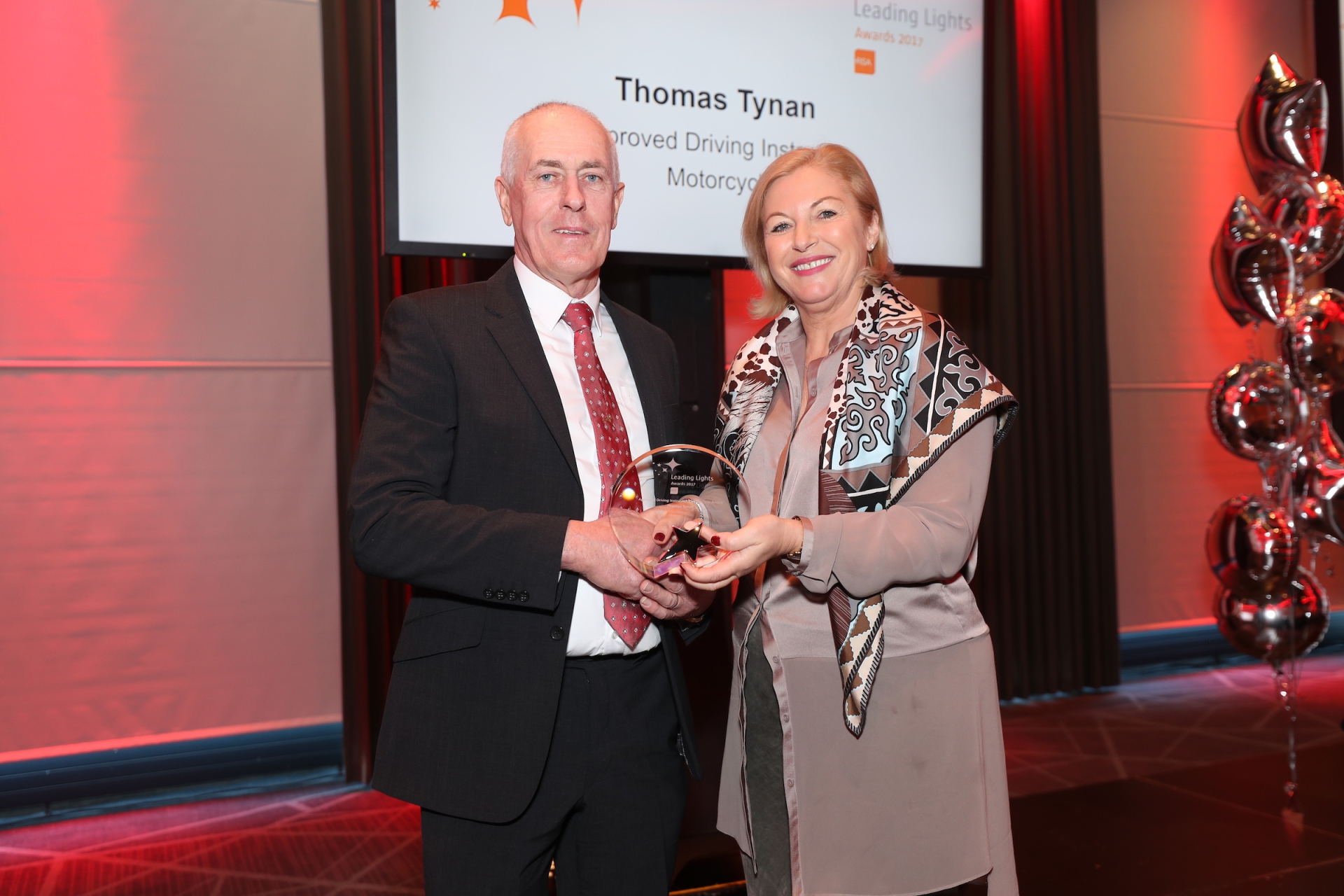