Irene Gibert: The Tipperary couturier who helped change the face of Irish fashion 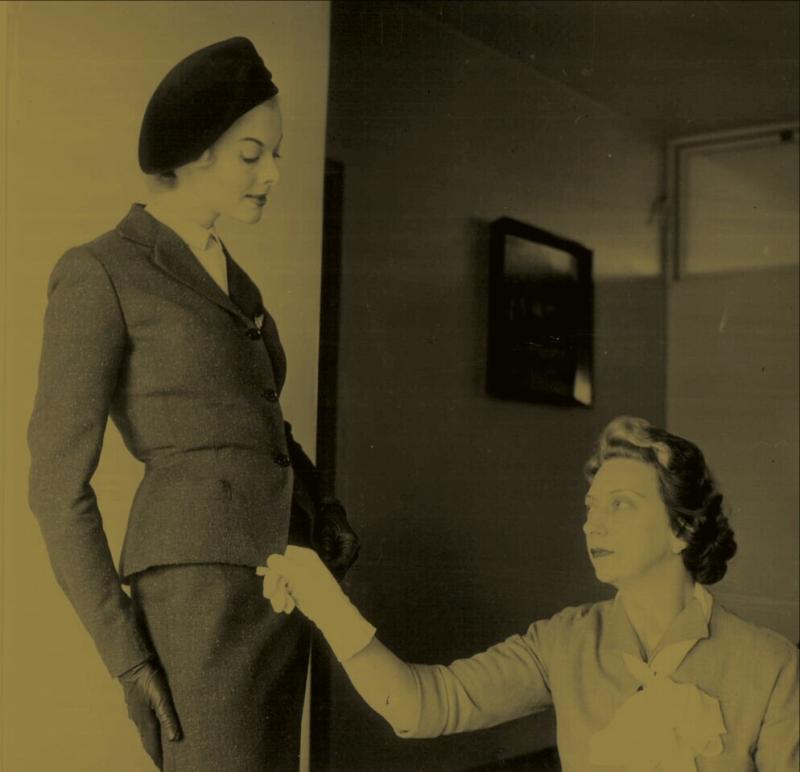 The story of Ireland’s emerging fashion industry in the 1950’s and 60’s and the key role played by a Thurles born designer is at the centre of a new exhibition at the Little Museum of Dublin.

Born in Thurles on July 19, 1908 to English parents, Irene Gilbert was the first born daughter of Jennie and William Gilbert, who came to Tipperary to work as a commercial salesperson in the printing and stationery trade.  From a young age, Gilbert's creative ability was obvious.

At just five years of age she began making clothes for her dolls, and by 12 she was making her own clothes and proudly wearing them to school. She later attended Alexandra College in Dublin before spending a short time at a finishing school in Brussels where she had the opportunity to study continental fashions at first hand.

Upon her return to Ireland, Gilbert  took charge of a Wicklow Street dress shop in Dublin before leaving to learn the intricacies of dressmaking and design in a London couture house with a court dressmaker, creating exquisite outfits for the top tiers of society.

“For the nobility, for Ascot, for parties, for balls...I started at 9 in the morning and never finished before 8 or 9 at night. I was paid £3 a week and no overtime,” she said of her apprenticeship days, which she claimed was the best training an aspiring designer could ever have. 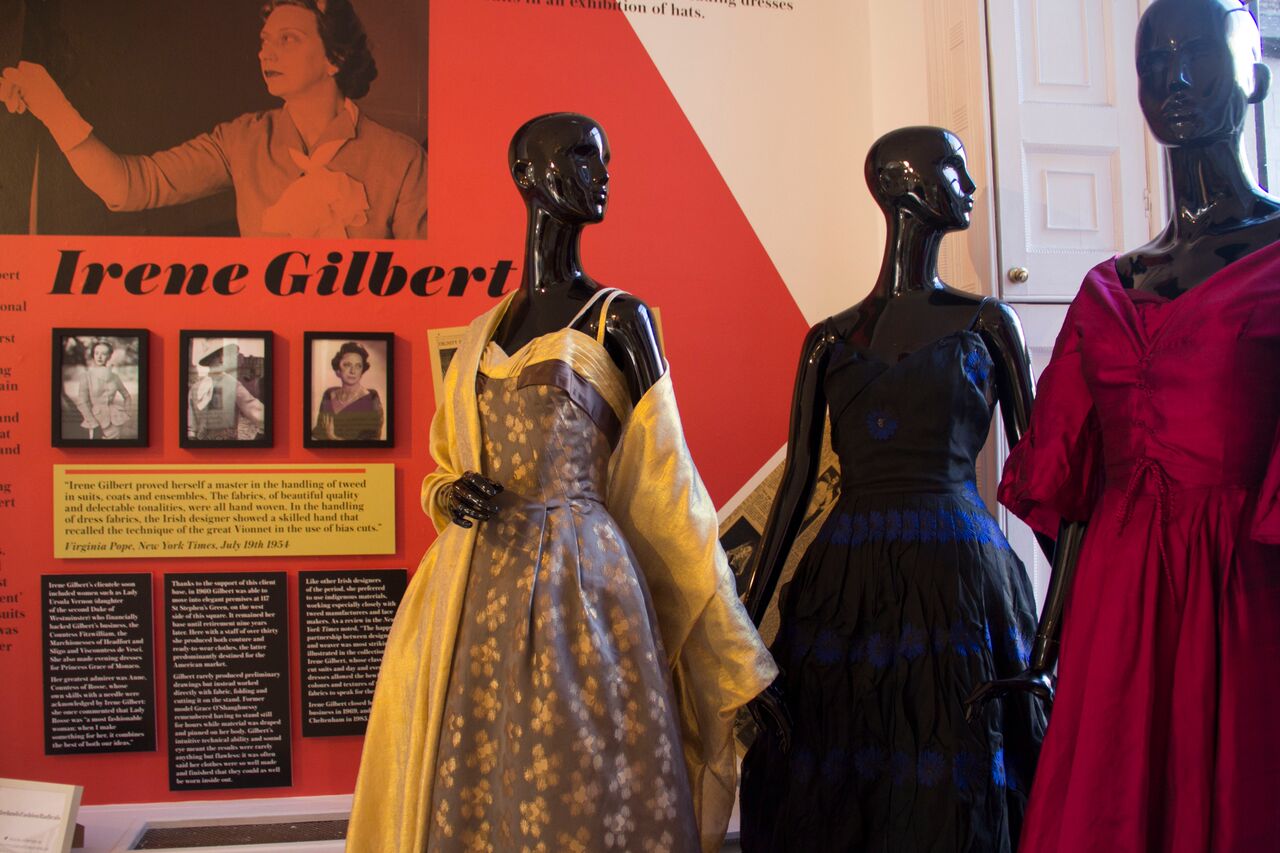 Such was her determination and ambition that she completed a five year apprenticeship in just three. After her training, she was offered a job in New York however she decided to return to Dublin where she opened a hat shop on North Frederick Street in the late 40's before moving  to a new premises on St. Stephen’s Green in 1947.

In 1950 she began designing under her own label and quickly became an overnight sensation in Ireland and across the pond where US press lauded her elegant designs and distinctly Irish influence through her hallmark use of Carrickmacross lace, tweed and silk.

Gilbert’s skill and attention to detail were the stuff of legends having famously taken a bunch of dried hydrangeas to the Avoca Handweavers in Wicklow with the intention of recreating the same colours in a blended weave. According to an article in the Central New Jersey Home newspaper from 1963, Gilbert was also known for buying lace wedding gowns and christening veils from the “treasure chest of old ladies” and remodelling the leg o' mutton sleeve (or gigot sleeve) and tight bodices into modern, yet delicate, designs. Such was the quality and craftsmanship of Gilbert’s clothes that many of her patrons said her designs could be worn inside out. She was also noted for her distinctive style of garment creation which rarely involved a templated pattern. Instead Gilbert would drape and pin the fabric on her model while a fitter would mark out the lines with cotton thread. The entire garment would then be cut out and assembled.

In an article appearing in the Texas newspaper Baytown Sun, dated 6 May 1954, Gilbert is quoted as saying her clothes are “what a sophisticated American woman would need in her wardrobe...Irish tweed coats and suits for country wear, cocktail dresses and short dinner dresses and some full length chiffon and tulle dresses for the debutante.”

Her meteoric rise as one of the country’s most prolific designers was bolstered by her famous list of clientele including Mrs Sean T O'Kelly, the President's wife,  Anne, Countess of Rosse and the most iconic style icon of all - Grace Kelly.

One of Gilbert’s most famous creations was a specially commissioned evening gown, using her trademark Carrickmacross lace, for the Princess of Monaco.

But despite her critical acclaim, the notoriously shy designer decided to retire in 1969 as people moved away from couture clothing to ready-to-wear, prêt-à-porter outfits. After her retirement, Gilbert moved to  Cheltenham in England where she remained until her death in 1985.

The exhibition “Ireland’s Fashion Radicals” runs until March 25th at the Little Museum of Dublin.