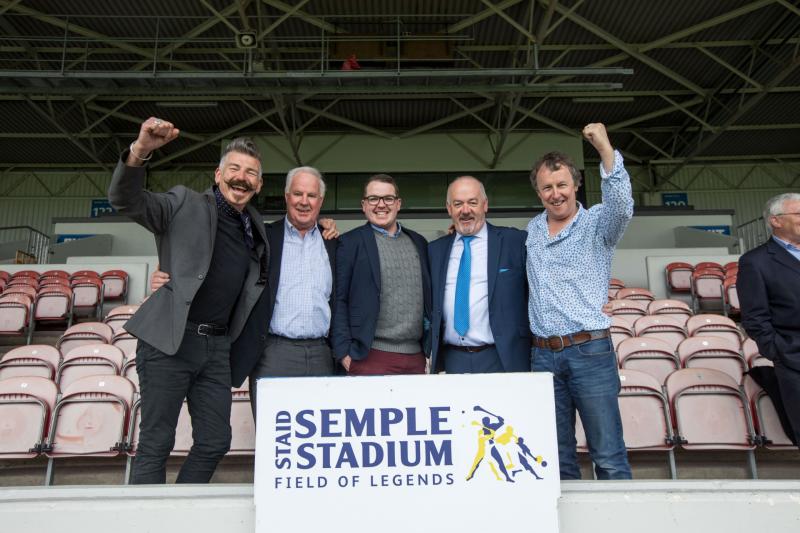 Music fans have been left struggling to find accommodation in Thurles for the Feile Classical next September with many hotels and B&B’s reportedly selling out of rooms within minutes of the event's announcement on Tuesday.

Hotels and B&B's in the town say phones have been “ringing non-stop” by Feile fans hoping to secure a bed for the night, with many reporting they were completely booked out by 9am on Tuesday morning.

Ryan’s Daughter owner Gary Roche says his B&B has been inundated with calls since news broke of Feile’s return, describing the hype surrounding the event as a “great compliment to Thurles and the organisers.”

“The phone just hasn’t stopped ringing so it’s a good indicator of how the event will sell I imagine. We always say if we get a lot of phone calls before a match it’s a sign that it’ll be a good game so we hope it means the same for Feile.”

Discussions about hosting a revival of the 90's music festival began last year by Tipperary County Board and the Semple Stadium Management Committee however the project was kept a well guarded secret until Monday night when rumours began to circulate that a major music event could be set for the town.

News of the Trip to Tipp's comeback officially broke at 8am on Tuesday morning with the announcement that The Stunning, An Emotional Fish, The 4 of Us, The Frank & Walters and more would take to the stage with the Irish Chamber Orchestra in Semple Stadium on September 22 in what is being billed as 'Feile for grown ups.'

However some accommodation providers say because they were not given prior notice of the event they had already taken bookings for other engagements, leaving many music fans no other option but to search for accommodation elsewhere in the county. “No one knew it was coming. Our phones started hopping straight away on Tuesday morning and we were completely booked out by 9am on Tuesday morning. If businesses knew about it in the lead up, maybe they could have set aside extra rooms but we heard the same way as everyone else,” says Assistant Manager at Hayes Hotel Philomena Cunlu.

“I don’t know where people will end up staying. Maybe people in the town will open their homes like they did in the old Feile days again,” she adds.

Delicious food from the best purveyors in Tipperary and Munster, partnered with the toughest decision on the night, prosecco bar, gin bar or frosty pints pulled from the keg? The #Triptotipp is back! #FéileClassical

Cashel accommodation providers have also been able to share in the welcome tourism boost next September as Feile fans take a “nostalgic trip” down memory lane, according to Cashel Holiday Hostel owner PJ Quinlan.

“We weren’t aware of the concert until we noticed our online bookings were going mad with people trying to get a room. We opened 25 years ago and hosted plenty of people for Feile '93 so we might see a few familiar faces again. I was at the 1992 Feile and I hope to make it this year again,” explains Mr Quinlan, who says there are a limited number of availabilities remaining in the hostel for the Feile weekend.

The event, which has a capacity to hold 10,000 people, is already predicted to be a sell out success with businesses all over the county set to benefit.

"This is a massive event for Thurles and all of Tipperary," says Sales and Marketing manager Laura Jones at the Clonmel Park Hotel.

"People will make a weekend out of it so it's not just people coming for a concert, they'll be eating out and visiting other attractions in the area. We started to see a trickle down of people booking accommodation for the Saturday night once Thurles booked up so this is extremely positive for both north and south of the county. Every county has their own festival and events running like the Marquee in Cork and All Together Now festival in Waterford so it's great that Tipperary has its own platform to show off everything we have to offer," she said.