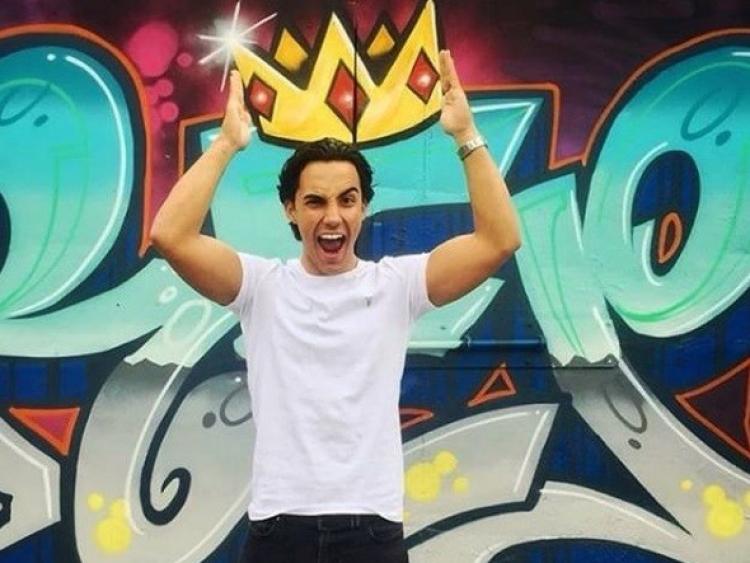 After a whirlwind start to 2018, Liverpudlian Jake Carter is showing no sign of slowing down after announcing a whistle stop tour of Ireland this Autumn including his only Tipperary date at the Source Arts Centre this September.

Having quick stepped his way into the hearts of the nation earlier this Spring when he took the top prize in RTE’s Dancing with the Stars, Carter’s career has undoubtedly been one on the rise.

After a star making turn as Aladdin in the SSE Arena Belfast in late 2017 alongside Nadia Forde and Rhydian, Carter headed straight into the dance studio with professional dancer Karen Byrne who wowed both the judges and audiences at home with their impressive dance routines resulting in the pair lifting the DWTS glitterball trophy back in March.

Following this success Carter set to task on his songwriting, beginning work on his debut album which is scheduled for release next year. To date Jake has released five singles as well as his EP ‘Three Things' most recently teaming up with Thurles born songstress Una Healy to release the pop hit ‘Take Me Dancing.'

After meeting on the set of elder brother Nathan's TV show, Healy reportedly invited the youngest Carter to duet on the song - an opportunity he says he 'jumped at' to work with a Saturday.

Speaking ahead of his tour, Carter said: “I am over the moon to be going back on the road with my band. We had so much fun on the last tour, and there were pockets of the country that we missed and really wanted to get back on the road and bring our show to those places, especially Dublin. We are planning a spectacular tour, full of surprises,” he said.

Jake Carter plays The Source Arts Centre Thurles on Friday 14th September at 8pm. Tickets cost €20 and are available from the Box Office on 0504 90204 or Thesourceartscentre.ie