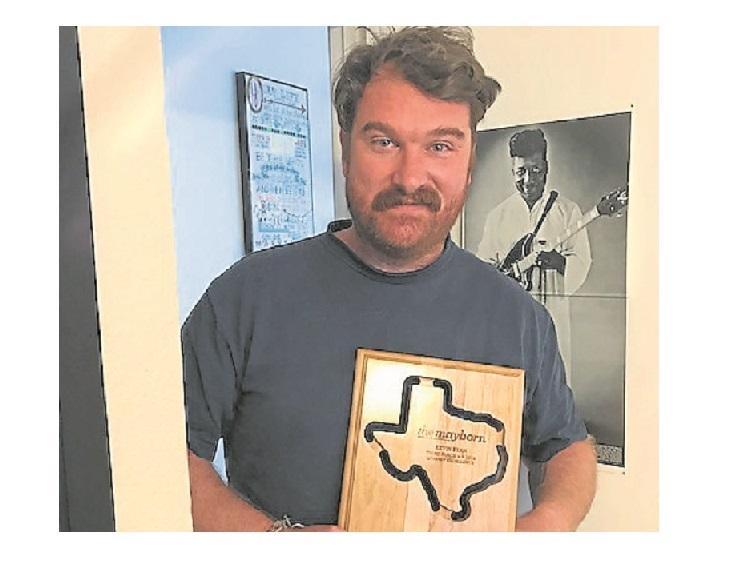 Kevin Ryan, who was among ten journalists honoured

A young Irish American with Thurles links was among ten top American journalists and writers who were awarded prestigious prizes at the University of North Texas (UNT) 2019 Mayborn Literary Non Fiction Conference recently, writes Tom Ryan.
The event, now in its 15th year, brings together storytellers who are dedicated to the art of narrative non fiction.
The Conference honours great literary journalism and creative non fiction with its Book Manuscript, Reported Narrative and Personal Essay writing contests. In the Book Manuscript section in third place was Kevin Ryan for “Person Pitch” which examines the intersection of Victorian Era Religious Poetry, Catalan Moderne Architecture and the Musical Genius of Kanye West.
Kevin is son of American Soccer referee and former Pyramid and Tweed band drummer, Sean Ryan formerly of 11 Fianna Road and 30 Kennedy Park, Thurles and Pamela Ryan who, reside in Katy, Texas.
Kevin and his wife, Caroline, who live in Denton, Texas, are regular visitors to Thurles where they have many friends.
Kevin’s father, Sean Ryan, is brother of Pat Ryan, 30, Kennedy Park, Thurles and Tom Ryan, Rahealty.