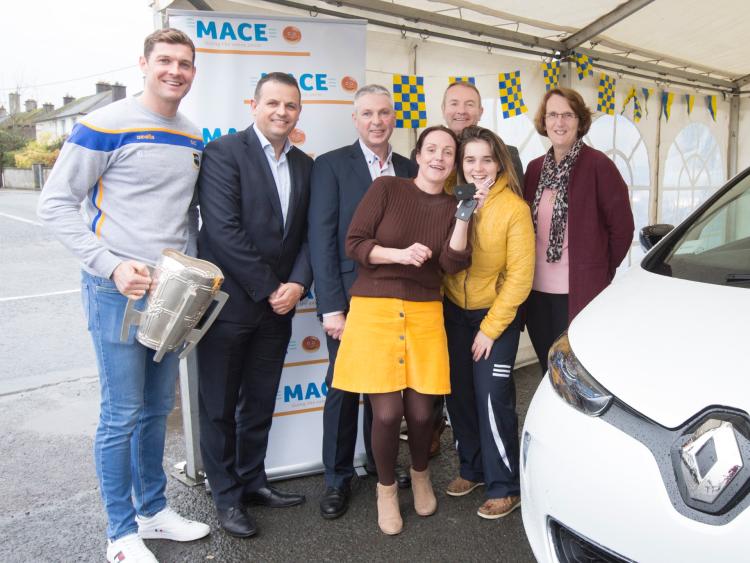 Walter and Monica Drohan of MACE Loughnafulla recently hosted a fabulous celebration at their store in Thurles to announce the winner of the 100% electric Renault Zoe 192 car giveaway competition that has been running in-store over the past three months.
The winner of this fabulous prize, donated by Electric Ireland and won by MACE Loughnafulla at the annual BWG Foods’ Trade Show, was announced amid great excitement with Thurles local and one of MACE Loughnafulla’s best customers, Irene Kelly receiving the keys to her brand new car from Tipperary All-Ireland winning captain Seamus Callinan.
Speaking at the event Retailer Walter Drohan said, “We have had a really positive reaction and support for our business during the competition and we are delighted that one of our most loyal customers, Irene Kelly, won the car. We wish her many years of happy and safe motoring in her lovely new car.”
Competition winner Irene Kelly and her niece Aoife were pictured alongside Tipperary’s All-Ireland winning captain Seamus Callanan, Daniel O’Connell, MACE Sales Director, Walter Drohan, MACE Thurles, Liam Attridge, MACE Regional Manager and Monica Drohan at the official car-giveaway at MACE Loughnafulla, Thurles