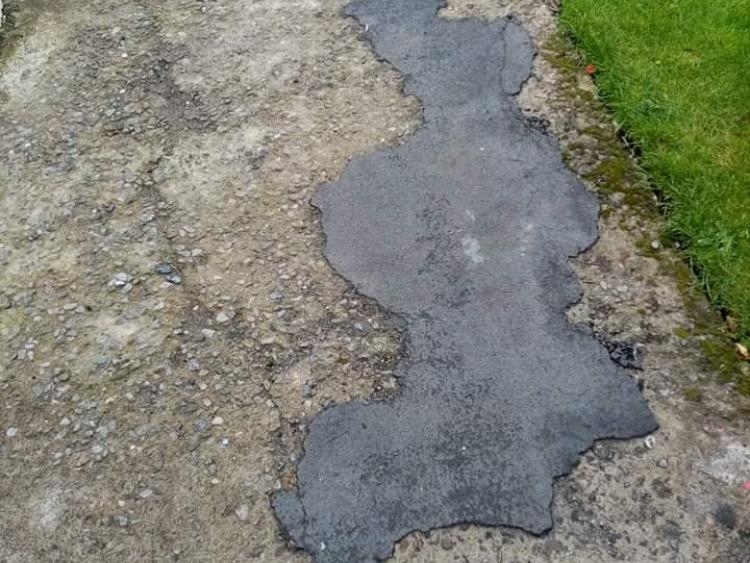 Footpaths in Moyne Road are in very poor condition

He was speaking at a meeting of the Municipal District Council

In a statement to this weeks Tipperary Star Cllr Ryan says that he has received numerous complaints from residents who are extremely concerned at the very poor and dangerous state of the paths.

Cllr Ryan did raise this issue at the recent District Council meeting when the local roads engineer agreed to look at the area to see at first hand what works would be required and if budgets would allow repairs to be carried out.

Independent Cllr Jim Ryan
“I am worried that if action is not taken shortly then these footpaths will become very dangerous with trips a real possibility. I walked the area recently with a number of residents and I was shocked at how bad some areas have become.

“Footpaths deteriorating within large urban areas is not a good idea and I am concerned that people will be injured via trips and falls so action needs to be taken sooner rather than later. Moyne Road is a large estate with a high population so it should be prioritised for these works as a matter of urgency,” Cllr Ryan stated.

“I will sit down with the local roads engineer and seek a plan of action for Moyne Road and will do all I can to ensure these works are carried out. The residents are extremely proud of their area and the estate is maintained fantastically well but unfortunately the footpaths are not and as the local elected representative I will continue engaging with the council on this matter on behalf of the residents,” Cllr Ryan said.