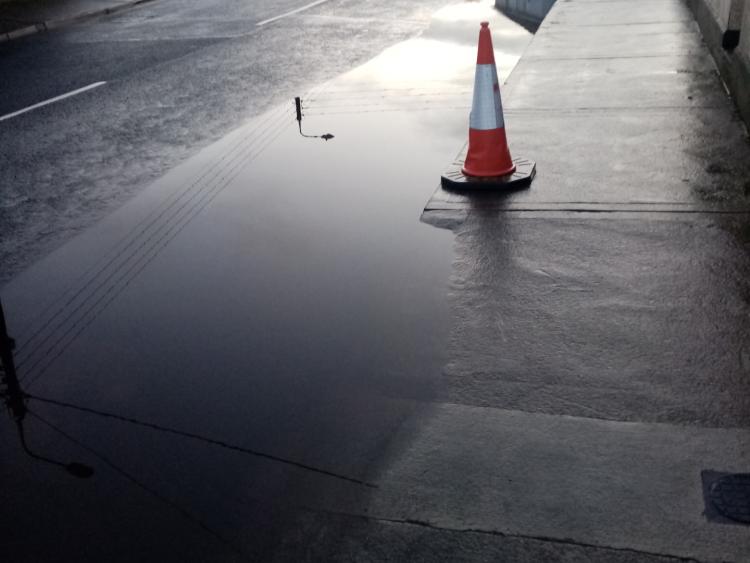 Flooding at Stradavoher, Thurles has become a big problem

Flooding on Stradavhover, Thurles has become a big problem, the Independent Councillor says

Thurles Independent County Councillor Jim Ryan has called on the local authority to solve the ongoing flooding issues at Stradavoher in Thurles.

In a statement to this week's Tipperary Star, Cllr Ryan stated that this flooding problem has being happening for many years now with no progressive efforts to prevent it.

“The section of road in question is from F&M Motors to Denis Kinane's Honda Garage and is causing huge problems for local people and motorists alike. 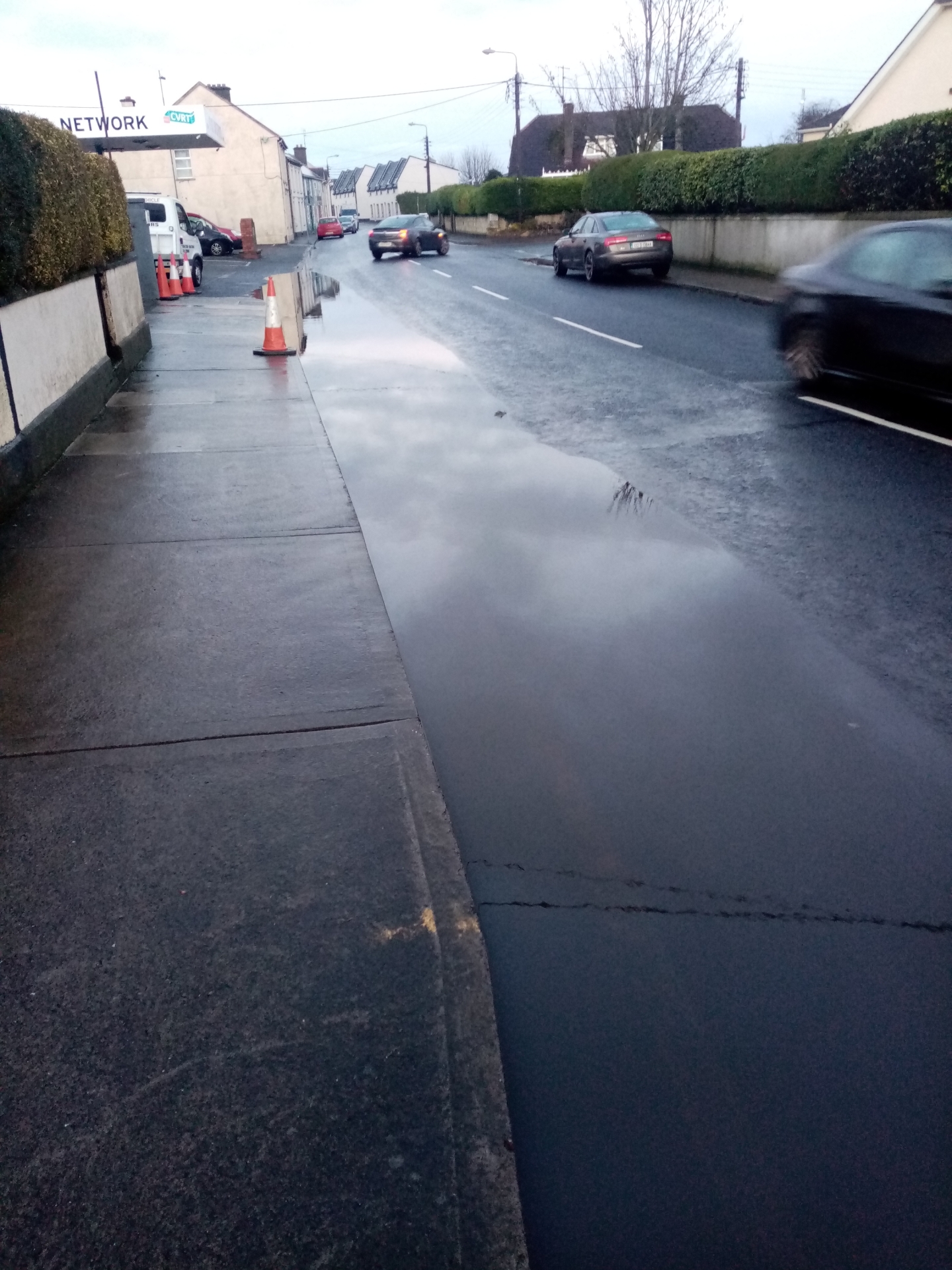 Another view of the flooding on Stradavoher, Thurles

“This problem is getting worse year by year and is a major concern. Pedestrians are getting soaked every time a car drives through the lodged water and cars are also being damaged.

“I have spoken to the local roads engineer about it and he has promised to investigate the area in question to see what needs to be done to solve it. I will keep the pressure on them to ensure this flooding issue is resolved as the residents are pure sick of it at this stage,” Cllr Ryan said.