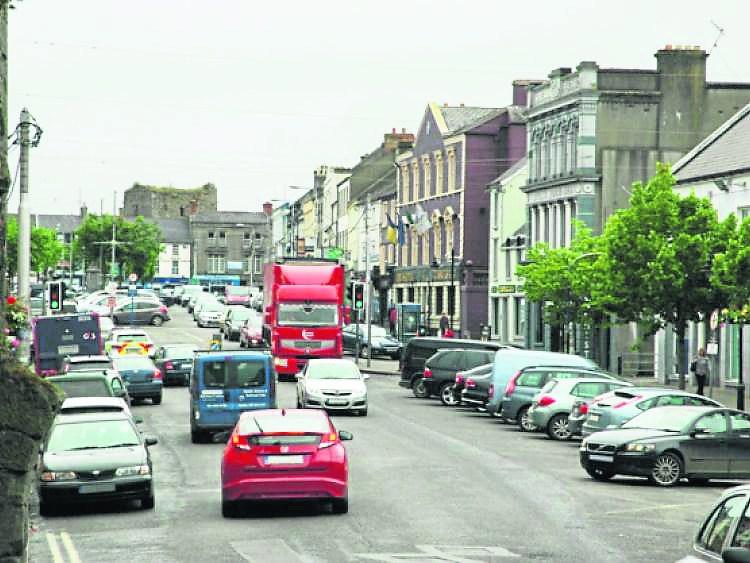 “The pride and passion for the town that people have shown throughout this process really jumped out of this document." - Thurles MD Manager Eamon Lonergan.

The Thurles Town Centre Renewal Strategy was formally presented to members of the local Municipal District Council this week with twenty five different projects forming the main thrust of the strategy.

Described by Municipal District Manager Mr Eamon Lonergan as “setting out the standard” and a strategy which gives a blueprint for the way forward for Thurles town centre, the plan has been drawn up by Emly Beedham of LUC following extensive public consultation, discussion and debate with stakeholders in the town.

However, the plan is more than just a town centre one and linking in with work being undertaken in other villages around, such as the propsed Holycross Heritage Centre, the Peatway walkway in Littleton, the Rock of Cashel, and other similar attractions, will be key to driving the renewal of Thurles town centre by bringing people into the area.

The strategy received considerable input from locals with 67 people responding to an online survey and 15 people responding to a paper survey – considering the restrictions in place due to the Covid-19 pandemic, the response was very strong, according to Ms Beedham, who had been working in conjunction with Tipperary County Council through official Nuala O'Connell.

85% of people who responded agreed with the mission statement and after an initial review following the consultation process, it was decided to strengthen the arts and cultural, creativity, age assessibility, design and transport elements. These elements came through very strongly in the submissions received with the need for a local transport plan highlighted.

Marketing Thurles is already catered for through “The Heart of our Town” campaign and when built upon, the positive infrastructural refurbishments and enhancements underway in the town, it is felt that the strategy, which runs up to 2030 is a very positive and achievable one.

There are five elments to the strategy:
(1) The creation of a compact, low carbon, climate resilient town. This envisages the creation of a Masterplan for St Patrick's College, and for the Friar Street/Castle Avenue area, while also identifying strategic regeneration areas which will assist in creating a sustainable Thurles community going forward.

(2) The creation of a vibrant and living town centre. The plan is to have a vacant property strategy, homes on the high street, pop up shops, street art, purple flag status, and regeneration through education, recreation and support for local producers through Thurles Market Quarter (the development of the old farm buildings at St Patricks College)

(3) The delivery of a connected town and enhanced public realm. A local transport plan and gateway point enhancement will be pursued as well as having a wayfinding and interpretation strategy.

(5) The exposing and showcasing of Thurles' historic and natural heritage. Parklets, urban tree network, town and river walks, riverside destination are all included under this heading. Architectural, research and conservation strategy, and a community growing scheme, as well as an archealogical heritage and research framework have been identifed for the town.
Ultimately, the strategy is designed to add weight to future applications for funding by business and community groups in Thurles with the support of the local authority.

Council Members Reaction
With this Town Centre Renewal Strategy in place, Thurles is already ahead of the curve and according to the MD Manager is in a very good place. 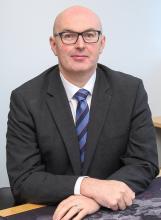 “The pride and passion for the town that people have shown throughout this process really jumped out of this document. The job for us, as a Municipal District, is to ensure that this document does not just sit on a shelf – it cannot just be another document. Some of the 25 projects highlighted in this are already underway but this strategy has to be in place in order for us to be able to respond to funding opportunities which may emerge in the future. We will be engaging with the general public again because ultimately it is the public who will drive this on whether through the likes of the Chamber of Commerce or the Lions Club etc.

“This is a very exciting time to be devising a strategy but we must drive it on now and ensure that it is acted upon,” Mr Lonergan said.

Cathaoirleach of the MD, Cllr Noel Coonan said that there is an onus on the local authority to ensure that people work, stay and live in local towns and by supporting such strategies, that can happen.

Cllr Seamus Hanafin described the work as being very positive and said that a lot of preparation has gone into the strategy. Tourism and trade will be key elements he said, in order to drive business and commerce, while street furniture conformity and a policy on urban trees must be devised.

“It is hugely important now that we deliver on all of these elements in the plan and I think it is necessary for us, as councillors, to sit down in workshops and figure out what we want to achieve and get done during the lifetime of this council, which is only a few years. We must set out attainable goals and follow them through,” he said.

Cllr Sean Ryan described the plan as being a great one for Thurles and added that it will have positive implications for other villages and parishes around also, while Cllr Jim Ryan encouraged the council to pursue the creation of a national GAA museum and centre in Thurles, the birthplace of the Association.

Cllr Micheal Lowry agreed with Cllr Hanafin that short and long term goals need to be identified and he too was pleased that a plan is in place in order to avail of opportunities which might emerge in time.
Cllr Peter Ryan said that the key now is to turn the plan from being a concept to a reality and he welcomed the progress made with this.