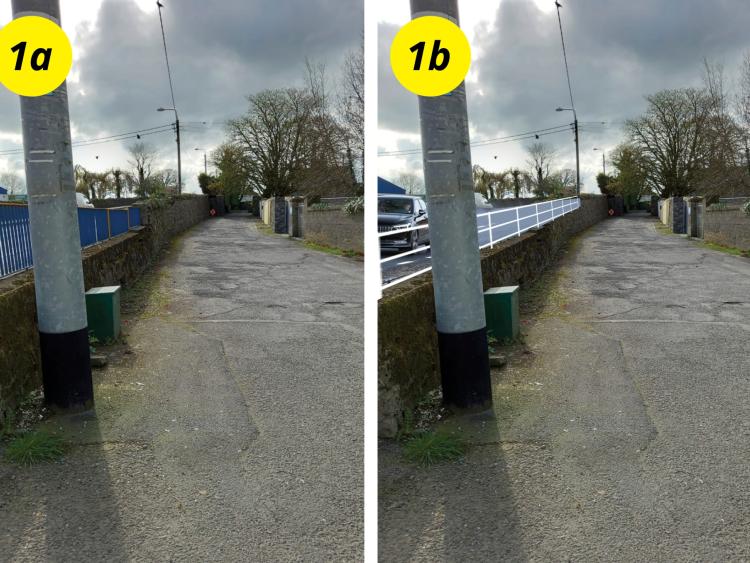 Noel O'Dwyer offers his solution to an ongoing problem

I was reading the “Star” recently and I noted the report of the comments from Cllrs. Seamus Hanafin and Jim Ryan regarding the Clongour and Bowe’s junctions respectively.

I have contacted Fran Curry and previously Seamus Martin on numerous occasions back through the years regarding the dangerous junction at Park Avenue / Bowes on Friar St., where crossing is tantamount to playing Russian roulette.

Jim Ryan stated that consultants were employed by the council to examine the possible solutions to the problem.

Jim, fair dues to him for putting in a notice of motion, indicated that which ever solution is favoured by the consultants it will cost a lot of money and the usual mantra of trying to secure funding and Part 8 s was voiced.

Now any similarity between me and a consultant or engineer would be totally coincidental, but I fail to see why consultants have to be brought in to identify something that a child in primary school could point out; particularly since there seems to be no shortage of in-house engineers in the Council.

In my opinion, there is no need to make a big production out of the rectifying of Bowe’s Junction in order to justify what ever money was or will be paid to consultants.

The installation of a small slightly raised roundabout with tapered edging and directional arrows inserted around the circumference would be more than adequate.

Pictures 3 a and b
The exit from the railway station would remain as is, with a yellow box junction permitting vehicles to get into the flow of traffic on Butler Avenue and onto the Roundabout in due course. What would help the flow of traffic turning left from Butler Ave. would be to realign the wall and footpath to facilitate a sharper turning arc particularly for larger vehicles. 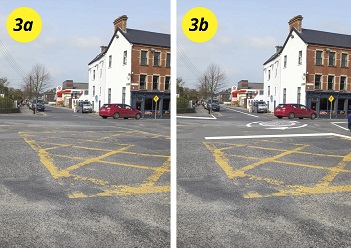 Pictures 4a and b
The ridiculous kerb-build-out outside Park Avenue would also need to be removed to prevent vehicles turning left from Castle Avenue being deflected into the path of traffic leaving Friar St. 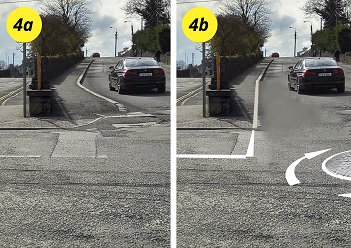 Pictures 2a and b
The Colum Yard exit seems to be the question that has really petrified the Council’s greatest thinkers down through the years, but is easily rectified by removing from the bordering bridge-wall the perpendicular railing and replacing it with horizontal bars or tubing which would enable a clear view of traffic coming down the bridge from Holycross. 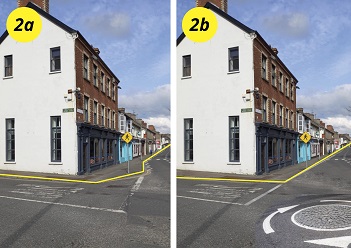 This easily achieved improvement to sightline could be extended up the wall further by simply removing a small amount of stone from the wall as far as the first or second street lamp on the footpath.

The view would be very good then of traffic coming from Holycross - pics. 1a and b - while the view of Butler Ave and Friar St. and Mathew Ave. as it is, could be describe as positively panoramic.

And if it was deemed necessary, the residents of the Colum Yard could be asked to turn left only on exiting their driveway. These few small actions by the Council or T.I.I. or whatever body accepts responsibility, coupled with good signage on the approaching streets would rectify the problem for all time at minimal cost.

Pictures 5a and b
The signage would reduce the speed of traffic coming down the hill from Holycross in particular, adding to the safety dividend for the peple exiting the Colum Yard. 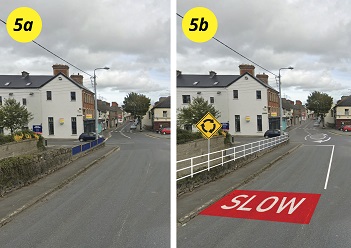 Well those are my suggestions to remedy the problem for what they’re worth. And I don’t want any consultancy fee.

Furthermore, with the new lay out at the Clongour junction it is hard to see where there would be a problem with articulated trucks turning right as Seamie Hanafin highlighted. I asked a friend of mine to turn his truck just for the pig iron of it and he said that if you take up a position in the right hand turn lane it could be hard enough especially if there was a car pulled up right at the stop line exiting Clongour waiting to move onto the junction.

Being in this lane would also endanger traffic continuing to pass on the inside lane towards The Horse and Jockey when the truck turns and the back of the container pivots.

There didn’t seem to be any problem if the truck made the turn from the outside lane. A pole outside a house doesn’t help the situation either. The poles seem to be for traffic lights or something.

As Jim Ryan told me, he was advocating a roundabout at this junction instead of lights, which would be the best option to my way of thinking also.