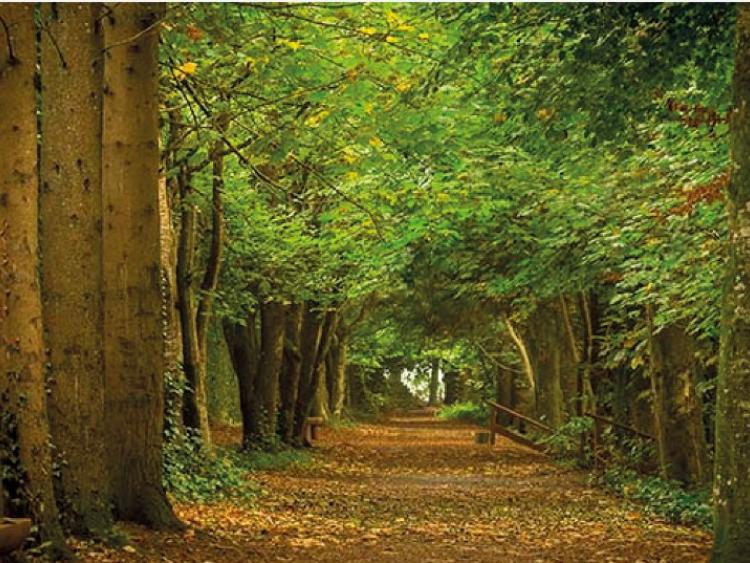 Eventide as we ready ourselves to usher in May

Cabragh Wetlands continues to celebrate the great celtic festivals with a You Tube presentation available for Friday, May Eve.

“The curfew tolls the knell of parting day.”

Here, on a bright spring evening, with a blood red sun setting behind the large ringfort on the gentle rise behind me, I find myself ensconced with a pair of binoculars in the bird hide at the bend of Fertiana Lane.

No ploughman now wandering home after a dawn to dusk stint behind a pair of horses and yet the ghosts of times past continue to haunt. Metres to my right one of three ringforts echo the silence of the centuries, their last human inhabitants of almost one and a half millennia ago and for whom Bealtaine was the huge annual milestone of transhumance would have staked out the open water as an important food source.

But now the scene is calm, no wind whips up the water and the birds glide at one of two speeds-dead slow or stop. As I scan the surface I begin to realise that this is a crowded place. Even the brown reeds and bulrush heads turning to fluff play host to flitting birds. My mind adjusts to the pace and begins to focus on the soft movement and colour on the still water.

The first bird to catch my attention is the teal, the pale yellow under the tail and the horizontal white line above the closed wing. I would have thought that they all had departed by now but although most of the Icelandic population have returned to their breeding grounds, about seven hundred pairs breed in Ireland and appear to stay all year round especially on inland lakes and ponds like Cabragh. They are a type of nomad with no fixed abode that will move their breeding or wintering grounds in response to local weather conditions.

The massed reeds on the far bank are usually the haunt of the irascible coot but this evening there is no sign of the jet black, shielded, pugilistic contrarian.

Black is represented by the bobbing heads of water hens-not quite as black as the coot, the head, neck and underside could be described as silver grey with white patches under the tail. It sports a bright red forehead and a short red beak with a yellow tip. It rarely flies and when frightened it usually runs along the water with neck outstretched and wings flapping furiously towards the nearest cover of reeds.

This evening there is no flapping but the bobbing heads continue over and back - only two pairs of an estimated 75,000 pairs found breeding in Ireland. It can live for eighteen years but the average life span is about three years.

I freeze as a movement one metre away in the reeds beside me catches my eye - a long tailed tit with its very long narrow tail and its slightly pinkish plumage is forever on the move through the reeds.

We usually see them in large groups - perhaps this one is searching for material for one of the most amazing nests of all. A domed construction built by both sexes working from inside outwards is made of mosses elaborately woven with cobwebs and hair while concealing lichens patch the outside and over 2,000 feathers act as a lining.

No sooner has it left than another reed begins to twitch and one of the most striking wetland birds of all, the reed bunting, with its black head, white neck colour and a heavily streaked dark brown back appears.

The tail is long and black with white outer feathers. It is claimed of this beautiful bird that it holds the record for the highest rate of “adultery” of any bird but this behaviour increases the viability of its offspring.

It has declined in numbers in recent times due to habitat loss so places like Cabragh Wetlands are becoming more and more important for the survival of the species.

A walk through the reeds when the walks open again will give sights of dozens of reed buntings but few will get as close up a view as you get from the hide in Fertiana.

I was loathe to leave the black headed gulls, the mallards, the swans, the exploring ducklings. I hoped that as in former times the great starling murmuration would arrive at dusk but nature in its own unpredictable way would not oblige. Perhaps I was too greedy - enough should not want more.

Cabragh Wetlands continues to celebrate the great celtic festivals with a You Tube presentation available for Friday, May Eve.
Don't forget to wash your face in the morning dew.