Cabragh Wetlands: What have we been doing in Tipperary about climate change? 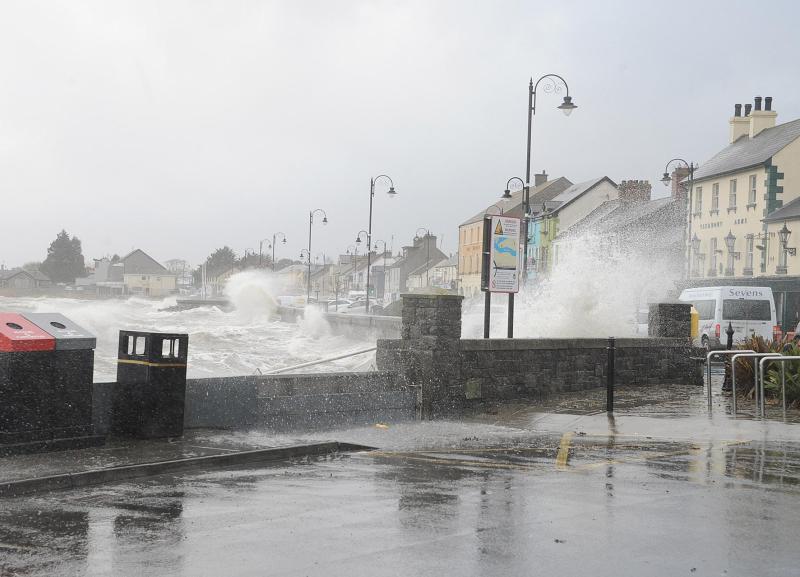 What have we been doing in Tipperary about climate change?

There is an acknowledgement of the need for partnership and collaboration and substantial grant-aid schemes are envisaged to support the achievement of many of the targets.

In the last few of this series of articles we have looked at some of the features and impacts of climate change, some of the causes, the impact of human beings and some of the international efforts which have and are still being made to address one of the most challenging issues we have ever faced.

A good question to ask now is, what have we been doing about it in this country in terms of policies and legislation?
There are two aspects to the climate change response. One is called adaptation. This acknowledges that climate change is happening and will continue for many years to come. That means that the severe weather events, the flooding, the storms, the rising sea levels and the changes in temperature are going to be stay with us and probably increase in severity. Adaptation refers to how we design and construct our buildings and other infrastructure and how we manage our land use to minimise the impacts of these changes. In doing all this we have to allow for more severe weather and more destructive weather events.

The second climate change response involves our reducing the levels of greenhouse gas emissions and this is called mitigation. This is what we have heard a lot about in the last few weeks with the COP26 Meeting and, indeed, the publishing of our own Carbon Budget by the Climate Change Advisory Council and now the Government’s Climate Action Plan 2021.

Climate strategies have been with us for over two decades. These strategies set various targets for the reduction in carbon outputs by sector and identified roles for different bodies including Government Departments, Local Government, Transport, Agriculture and so on. As you will probably have read from time to time, these targets were generally not met. The level of emissions was affected more by the general level of economic activity rather than anything else. During the last recession emissions tended to fall, only to ramp up again when the economy started to recover.

We are not going to go into the detail of all that here. The question is really what is going on now and what can we look forward to in the immediate future.

At a national level, in March 2019 a historic document was published by the Joint Committee on Climate Action which was titled - Climate Change: A Cross-Party Consensus for Action. This demonstrated how climate action had, in a way, become de-politicised with all parties recognising its importance. This was followed by the 2019 Climate Action Plan with 78% being claimed as having been carried out.

The last programme for Government included some significant commitments regarding climate change. At the heart of the programme is the commitment to an average 7% reduction in overall greenhouse gas emissions from 2021-2030. The commitment to a 10-fold increase in the national retrofitting programme is also very significant, with the target of bringing at least 500,000 Irish homes up to a minimum B2 standard this decade.

Then in March 2021, the Climate Action and Low Carbon Development (Amendment) Bill 2021 was initiated in the Oireachtas. This quickly passed through the legislative procedure and was signed into law by the President on 23rd July 2021. This law provides for a 'national climate objective', which commits to pursuing and achieving no later than 2050, the transition to a climate resilient, biodiversity-rich, environmentally sustainable and climate-neutral economy; the Government being required to adopt a series of economy-wide five-year carbon budgets, including sectoral targets; an annual Climate Action Plan; Government Ministers being responsible for achieving the legally-binding targets for their own sectoral area; a requirement for each local authority to prepare a Climate Action Plan, which will include both mitigation and adaptation measures.

And, of course, this was reinforced by the Taoiseach at the COP26 event where Ireland also committed to the global target of a 30% reduction in methane (though not committing Ireland to that target) and an end to deforestation by 2030. These commitments have been treated with some scepticism by both other politicians and environmental activists with a particular concern being that much of the action is being delayed to the 2030s. Time will tell.

And just as this article is being completed, the Government has issued its Climate Action plan with a wide range of targets for electric vehicles, the retrofitting of houses for energy efficiency and reduction in emissions across a wide range of sectors including agriculture, transport, business, and energy generation. There is an acknowledgement of the need for partnership and collaboration and substantial grant-aid schemes are envisaged to support the achievement of many of the targets.
Ireland has, perhaps, been a bit slow to get out of the traps on climate action. However, now both at national and local level there are many plans, strategies and initiatives, of which we have looked at just a few, to address this most pressing of issues. Public support and political will are needed to bring about the necessary changes. So we all have a part to play.

Next time round we will look at some of the things that you, your household, your community and your business can do.