Tipperary Drama: Playboy of the Western World open in Thurles on Monday 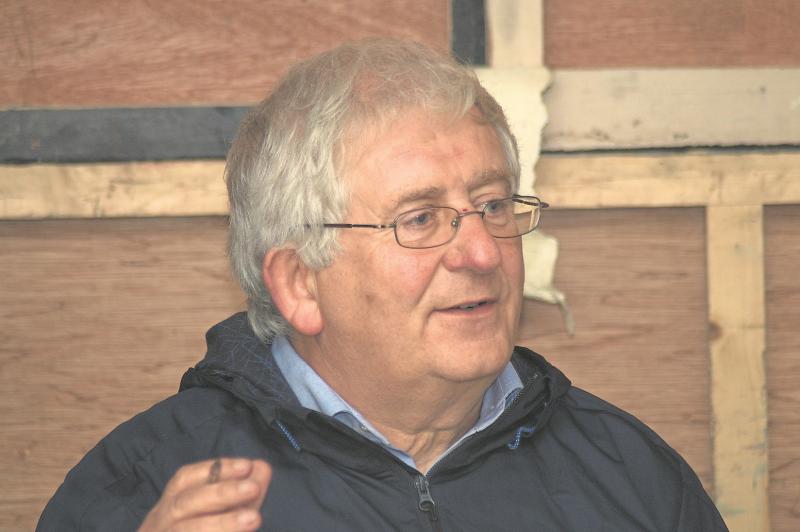 Liam Ryan - the Director of The Playboy of the Western World for Thurles Drama Group.

Thurles Drama Group is just about ready to present J M Synge’s The Playboy of the Western World in the Source Arts Centre opening next Monday November 15th and running until Saturday 20th inclusive.

Rehearsals are exciting and tense, lines are learned and the characters are emerging from the process that will entertain and amaze audiences in equal measure. As with every show that has a large cast, an even larger backstage team is needed.

Props, lighting, sound, costumes, continuity, set design, set builders, make up and a front of house team for ticket sales, posters, raffles and publicity. Every resource is being stretched but despite the demands, the group is so pleased to be back on stage and doing what they love most; bringing quality theatre to the people of Thurles and the wider community.

Every show also has to have a person behind the scenes who has a vision for the show and brings all the key elements together. This person has to be at every rehearsal, every production meeting, making decisions about the set, costumes, music, lights and the overall impact this show will have on the audience.

In theatre terms, this person is referred to as the Director, but the role is so much more. The director interprets the play, chooses the cast and works with them intensely on creating his or her vision for the play.

The director has to persuade the audience that everything they witness is authentic and respects the integrity of the author’s message. captures the truth the writer intended and makes the script relevant to an audience in 2021.

Not an easy task but Thurles Drama Group is very fortunate to have a number of very experienced directors and Liam Ryan is no stranger to either acting or directing.

Liam, pictured, has been directing with the group for many years and has worked on a wide variety theatrical styles, including period comedies, modern dramas, and intense dramatic shows that require every moment to be just right.

Liam has also directed for the 3 Act Festival and his shows have reached the All Ireland Finals in Athlone on a number of occasions. Liam has a great passion for the stage and loves the challenge of a new play.

Synge requires a particular style as the language has a poetic rhythm that needs the correct tempo and timing. To support this Liam has introduced live music in the show to aid the overall tempo and pace. No stranger then to the art of production and the audience will enjoy Liam’s unique approach to this great play.

Finally, a reminder that opening Night will be a fundraiser for the Thurles Lions Club Stanwix Homes Project which is currently underway at the site of the Widows Home near the Anner Hotel.

Tickets for opening night are available for €20 including a cheese and wine reception at 7 15pm.

Tickets can be purchased from members of Thurles Lions Club, Thurles Drama group and at The Source Box-office. This will be a great opening night event and the Drama Group are delighted once again to be working with the Lions Club who have contributed extensively to a large number of very successful projects in Thurles over many years.