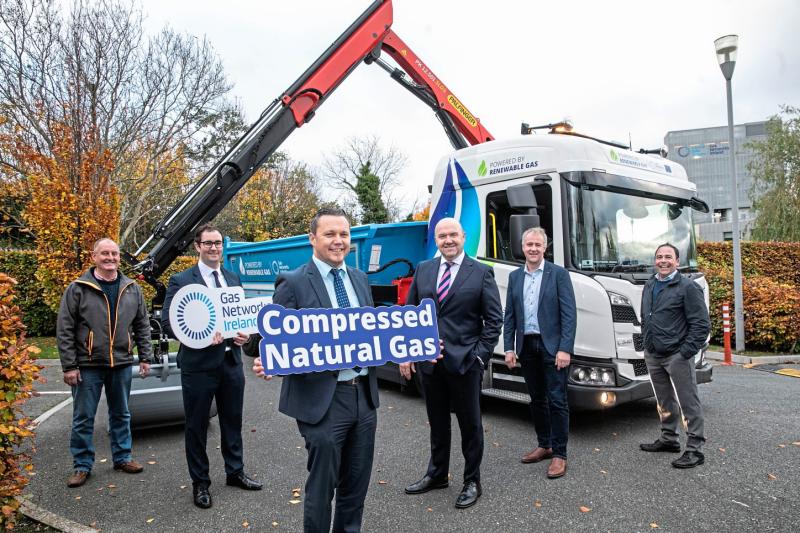 Tipp tipper is first of a kind

Ireland is another step closer to decarbonising its heavy commercial transport sector with the country’s first Compressed Natural Gas (CNG) tipper grab truck now on the road, thanks to Gleeson's of Gortnahoe.

Commissioned by national gas network operators, Gas Networks Ireland, to help decarbonise its works fleet, the European-first vehicle generates well-to-wheel CO2 emissions reductions of up to 23% (CENEX, 2019) and nitrous oxide (NOx) by up to 50% (UK Department of Transport, 2018) compared to its diesel counterparts and is strong example of how Ireland can decarbonise a transport sector for which electric vehicles are not a viable option. 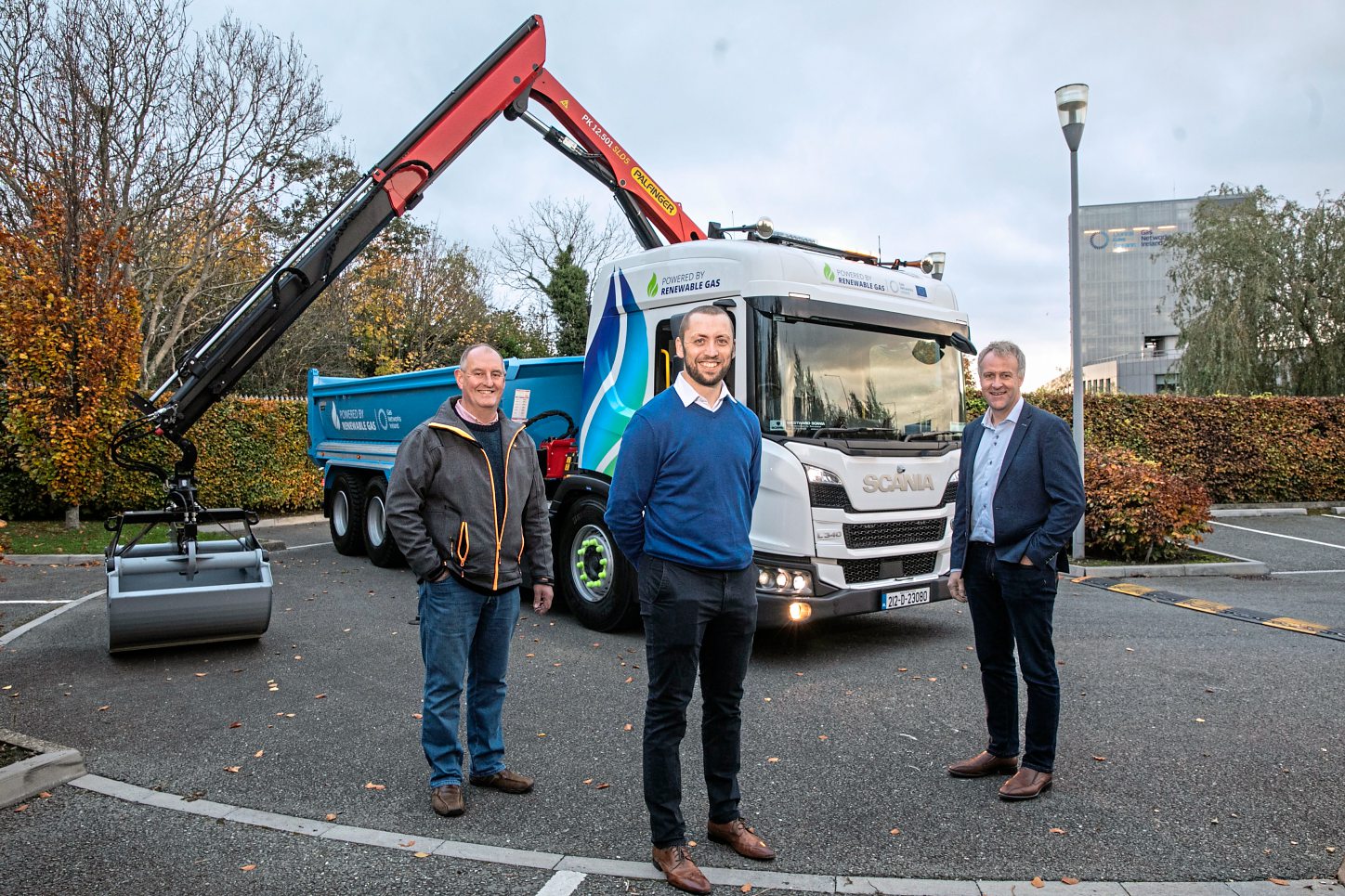 Furthermore, as the volume of carbon neutral biomethane on the network increases, the innovative truck and other vehicles refuelling from the gas network will increasingly reduce their carbon footprint without changing a thing, driving increasingly more sustainable supply chains and industries across the country.

“As well as following the family’s 53-year tradition of producing high quality products, we are constantly evolving and diversifying to meet our customers’ demands, from a once small agricultural equipment manufacturer to a cutting-edge truck body manufacturing company.

“More recently we have been looking for new ways to play our part in decarbonising the transport sector. CNG fuelled trucks are the future of cleaner commercial vehicles on Irish roads and we are proud to be at the forefront of this journey.”

Transport remains one of the most difficult areas to decarbonise. Heavy commercial vehicles, such as trucks and buses that are currently relying on diesel power, are responsible for approximately 30% of transport emissions despite representing only 4% of the transport on Irish roads.

CNG is natural gas which has been compressed to fit into a natural gas vehicle’s tank and is particularly suitable for use in long-haul trucks, lorries and other commercial vehicles where electric solutions are not a viable option. 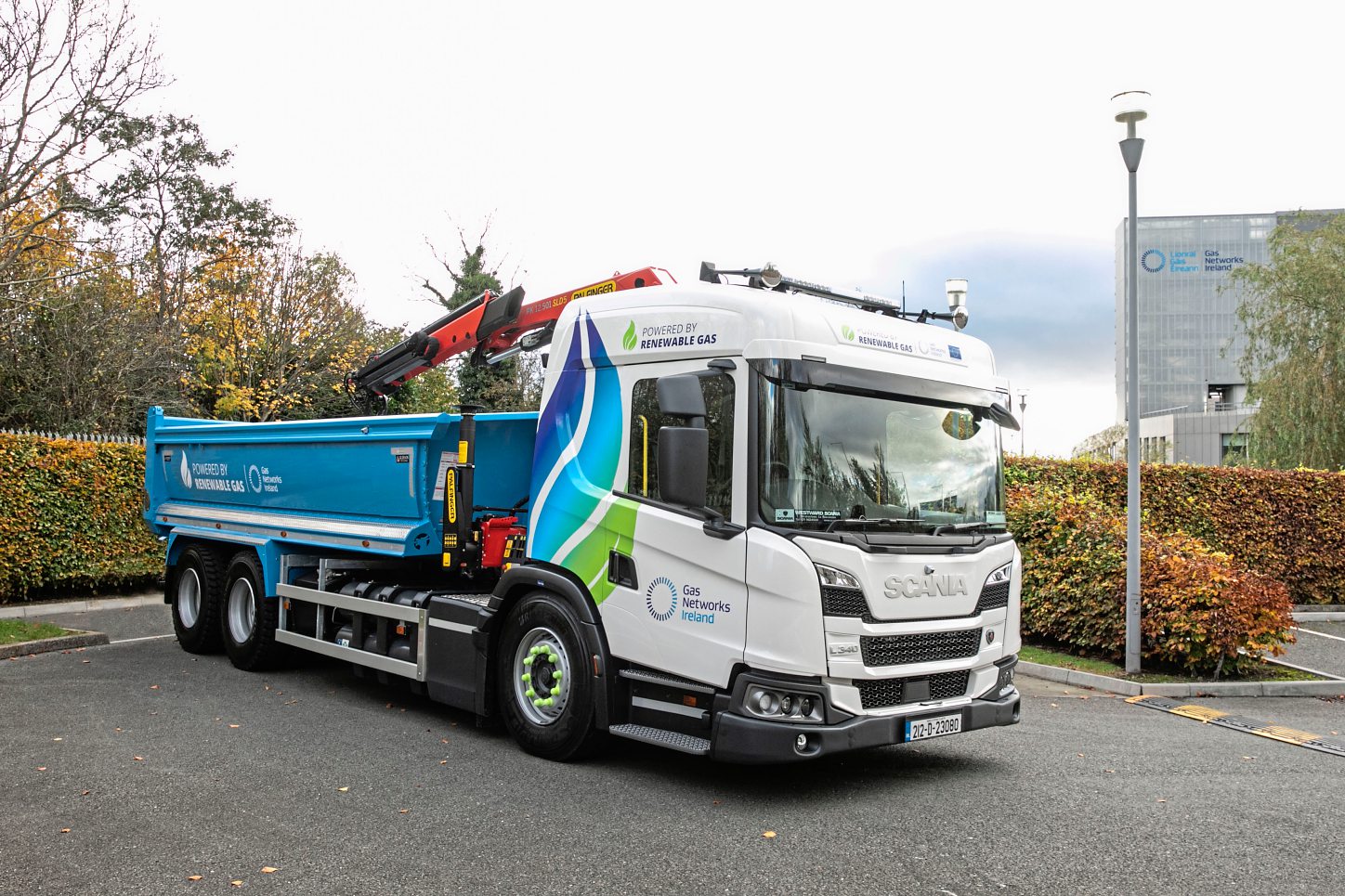 A proven and reliable alternative to diesel, Ireland’s CNG vehicle numbers grew more than 50% in 2020, as the number in Europe passed two million and the number worldwide exceeded 28 million.

These vehicles are fuelled at a growing number of CNG refuelling stations in Ireland, with four located at Circle K’s forecourts in Dublin Port, Clonshaugh, Cashel and on the Ballysimon Road in Limerick City. A fifth station under construction in Cavan and a further eight are in planning and development. Three private CNG stations are also in operation.

“Ireland’s commercial transport sector is one of the hardest to decarbonise, but we’re on a journey with hauliers and forecourt operators to reduce emissions through natural gas today and carbon neutral renewable gas, biomethane, down the road.

“CNG stations are directly connected to the national gas network and CNG vehicles are future-proofed for biomethane, which is already available in Ireland. By delivering a network of CNG refuelling stations, we are supporting hauliers and fleet operators to make the sustainable switch to gas-powered vehicles.

“The latest addition to Ireland’s CNG vehicles, our CNG tipper grab truck was built to a very high safety specification with features including predictive side scan, a forward collision avoidance system and a low entry cab.

“After an initial period as a demo truck where we are inviting fleet operators and local authorities around the country to test drive it and see the benefits for themselves, this new truck will become a permanent part of our own works fleet.”

To help Ireland’s fleet operators and hauliers transition to cleaner, affordable CNG vehicles, Gas Networks Ireland has a CNG Vehicle Grant Scheme which provides grants of up to €5,000 for new CNG vehicles, up to maximum of €60,000 per business.

The CNG Vehicle Grant Scheme is co-financed by the European Union’s TEN-T Programme under the Connecting Europe Facility as part of the Green Connect Project. Applications are now being accepted at www.gasnetworks.ie/cngvehiclegrant.