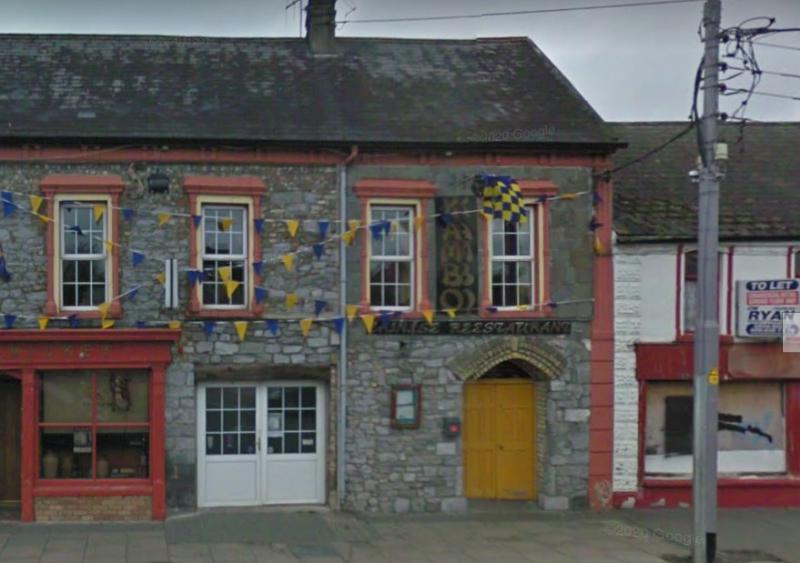 A teenager who took part in stealing €1,000 from a Chinese restaurant in Thurles, was given a suspended five-month prison sentence at Thurles district court.

Mr Wall, now 18, was a juvenile when he took some €1,000 in cash from the till in Kambo’s.
Sgt Thomas Hanrahan said Mr Wall has 46 previous convictions, including 29 for theft, six for burglary, but also including failing to appear in court, public order offences, and road traffic matters.
Judge Elizabeth MacGrath said she had read the probation report.

Solicitor Colin Morrissey said Mr Wall was married at the start of the year, and the report does show that Mr Wall is “furthering himself.”

Mr Wall left school early, at the age of 15, when he was “influenced by an older peer group.”
Judge MacGrath said she had concerns about the theft from Kambo, in that the €1,000 was never recovered. There was a co-accused involved in that theft, who was a juvenile as well at the time.
That person received a community service order. “The amount of money may have been disputed,” said Sgt Hanrahan.

Judge MacGrath said she noted the guilty plea and the contents of the probation report. “This matter has been going on for quite a long time,” she said. “He has an extremely bad record for his age.”
He seems to have had a watershed moment,” replied Mr Morrissey. With that record, the Court would be perfectly entitled to impose a custodial sentence, said Judge MacGrath. “That company is now out of that money.”

Judge MacGrath sentenced Mr Wall to five months imprisonment, suspended for two years on condition he enter into a Sec. 99 bond of €250 and comply with the probation services.
“I have given you a five month sentence,” the Judge told Mr Wall. “If you commit a crime and come back to me, and certainly regarding theft, I will impose that.

“You have nothing to fear if you continue with the changes you have made,” added Judge MacGrath.