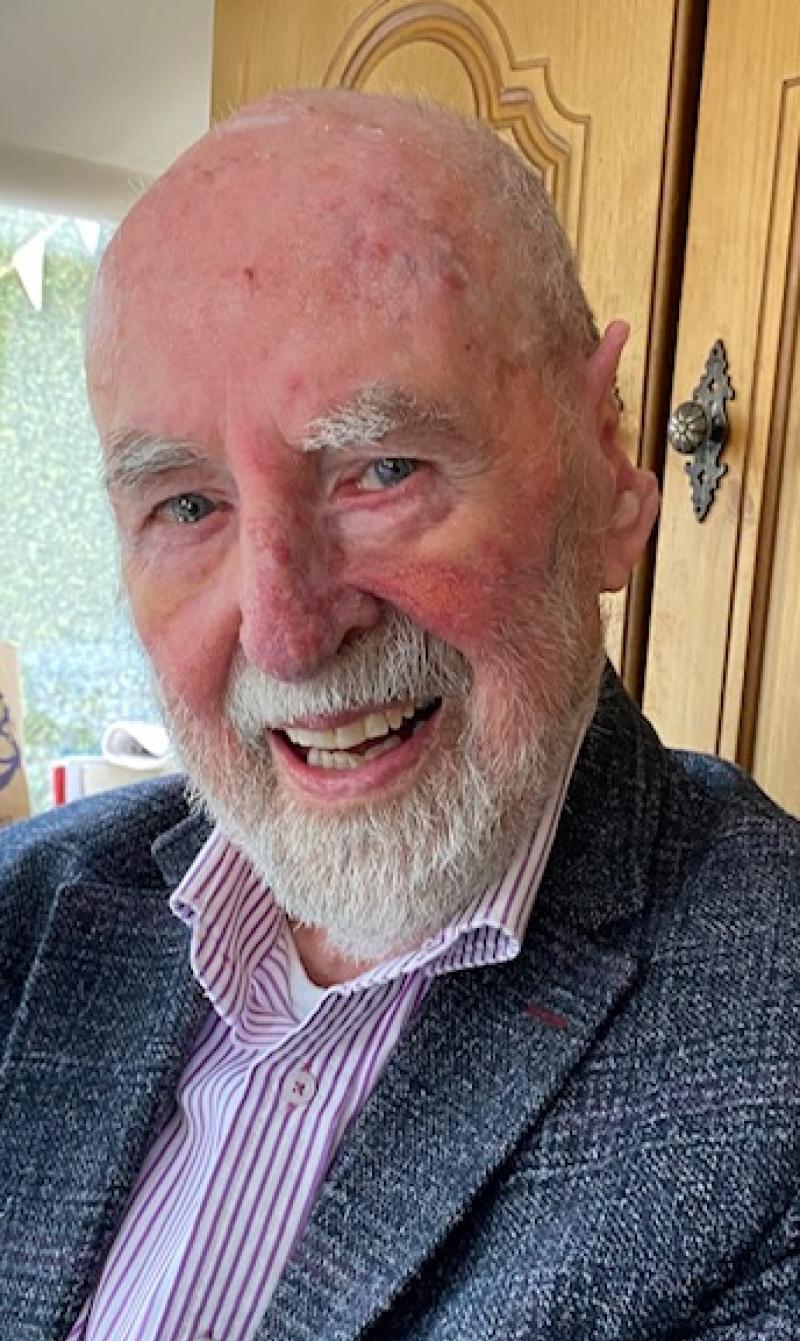 Ninety four year old Thurles man Paddy Doherty has won the prestigious Ireland's Own Frank McDonald prize for writing with a beautifully composed piece entitled A Grafted Rose - we have reproduced the story on this page by kind permission of Ireland's Own and of Paddy himself.

Paddy of Ardnacrusha, Thurles and his wife Nora have been married for seventy five years and have endured the great joys and heartbreaks of raising eleven children, including their beloved daughter Rose, who, as a mother of four herself, died suddenly in 2006, aged 41 - a heartbreaking cross for any family to carry.

But, Paddy, Nora and the family enjoy great faith and they placed Rosie in the safe keeping of the Lord as they continued their own vocation in life as parents, grandparents, great grandparents, and husband and wife.

The Doherty's are very well known and popular in Thurles. The extended family have been, and are, involved in many community and sporting organisations in the greater Thurles area and their contributions have ensured the smooth running and good health of these bodies which serve local people in a variety of many different ways.

Paddy and Nora themselves have been very involved in the local churches and faithfully carried out their duties with real dilligence and revernce.

And, though they have not been in the best of health in recent times, they still find the reserves of strength to enjoy the gifts which life present each day - changed and constricted though those days now are.

Paddy, a renowned artist too, entered his award winning piece in a writing competition in Ireland's Own. Not surprisingly, he won the prize of €250 which had been gifted to Ireland's Own by the family of an avid reader/ writer called Frank McDonald, who had passed away last year.

Frank McDonald had been born in Dublin in 1932. He was an avid reader and a short story writer throughout his life, and was a regular contributor to Ireland’s Own magazine. His work also featured in the 2010 short story anthology. Following his retirement from his job as a bookbinder in 1998, Frank spent more than 10 years teaching adult literacy classes in Finglas, Dublin.

During these years he introduced many people to the joy of reading and writing. He was married to his wife, Lily, for over 60 years and had four children and five grandchildren.

His family very generously donated a €250 prize which was awarded to the first-time writer in the competition - Paddy Doherty.

A Grafted Rose is a very humbling piece, full of reflection, introspection, insight and wisdom. It is a look at life through the eyes of a man who has experienced much and an acknowledgement of a higher power at work as the branches of the rose grow and develop individually, but ultimately spring from one stem.

Paddy uses the image of the rose brilliantly as he describes the journey through life - the beauty of the flower, intertwined with the sharpness of the thorn, a cut from which is deep and the pain from which can be immense. He faces the autumn of life as illness and old age takes a grip, but chooses to look to the spring when the rose will flower again and radiate its beauty rather than curse the darkness.

And, Paddy and Nora also reflect on their seventy five years of marriage, their trials and tribulations, their worries, their anxieties and their many great joys. They look back with gratitude at the many roses which have blossomed throughout their lives rather than with remorse or regret at the scrapes and bruises endured by the thorns upon that rose.

Paddy and Nora Doherty continue to be an inspiration to their family, their neighbours and their many many friends. And, their philosophy and life's story through The Grafted Rose will now reach far beyond their immediate neighbourhood as the readers of the Ireland's Own magazine will have an opportunity to digest Paddy's insights and thoughts - a great gift has been passed on by a very generous Thurles patriarch.

We congratulate Paddy on his success with the short story; thank him for sharing his wisdom and his life's experience; and wish him, Nora and the extended family the very best for 2022.

Note: The Grafter Rose is printed in full in this weeks Tipperary Star courtesy of Ireland's Own. The story will be featured in the Ireland Own Anthology of short stories and memoirs later in the year