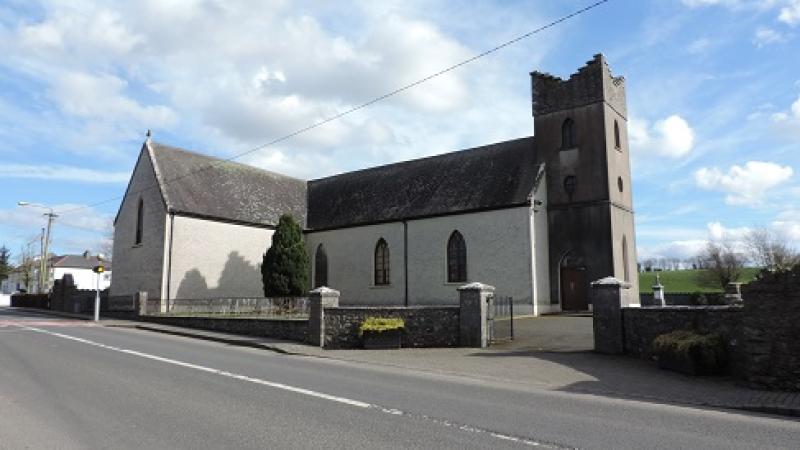 Yes, they’ve waited for two years to celebrate the 200 years of the building of St. Cataldus Church, Ballycahill. At last, on May 7 the community will have an event to celebrate this special milestone.

If the stones of the church could speak what an extraordinary story they could tell. When viewed along side the turbulent history of the area over the two centuries we can appreciate the struggle our ancestors endured. Before the church was built there was a penal chapel on the site dating from about 1750.

The persecution of the catholic population of the time through the Penal laws reduced them to a voiceless, uneducated and poverty-stricken people. This was followed by unbelievable injustice. One local man, John Fogarty, was executed for pulling down fences erected by Carden of Templemore when he tried to enclose commonage used by the ordinary people.

Such atrocities led many to revolt in 1798. Daniel O’Connell’s peaceful campaign to improve the lot of ordinary people, particularly tenants of large estates, led to the church being used for meetings. This brought the parish priest at the time, Fr. Laffan, into conflict with the owner of Castlefogarty, James Lanigan, on whose land the church was built. Lanigan stormed out of one meeting declaring that he was not going to be dictated to by Daniel O’Connell and threatened to close the church. Fr. Laffan won the argument and was congratulated by O’Connell ‘on his victory’.

Great Hunger
Then, followed the Great Hunger caused by the potato blight. The oldest specimens of potato blight stalks in the world were collected in the fields not far from the church and are in UCD.

The recovery from the Famine was slow and painful for the traumatised population. Up to the beginning of the 20th century evictions were common. One evicted family made their way to the USA where one of them became Bishop of Alton. His name was James Ryan of Lisnasella who was baptised in 1848, probably in Ballycahill Church.

Then came ‘the war to end all wars’. Some young men who would have worshipped in the church lost their lives in that First World War. One young man, Private PJ Cusack, was killed in WWI in France. He lived just two doors from the church, beside the school, where the Ryans now live.

Another sad story from that war was of Patrick Dea from Ballycahill. He died on the last day of the war in 1918.
Next came the Easter Rising followed by the Civil War. In 1923 Castlefogarty was burned to the ground by the IRA and the estate broken up.

Vocations
As the people slowly recovered from the almost continuous strife a golden age of vocations dawned. There was hardly a house in the parish that didn’t have a nun, brother or priest. Many of these were missionaries who brought light and hope to other lands. They earned for Ireland a great reputation that still endures today in many parts of the globe.

The Economic War with England and WWII brought further hardships. As we ‘took our place among the nations of the earth’ we became a prosperous country. However, what the generations before us valued and suffered for, we have let go to a great extent. What is now defined as ‘modern’ would be an anathema to them.

Witness to the Faith
Yet the church of St. Cataldus stands as a witness to the faith and endurance of a small community whose faithfulness will stand against the anti-christian ethos of our ‘modern’ society.

Let’s hope it will be a spark that will rekindle a new resurgence of faith in these dark ages where the spiritual famine and its associated maladies of a growing secular society are all too evident.

Come along on May 7 as we honour the generations of two centuries of faithful people. Archbishop Kieran O’Reilly will be the chief celebrant at the Mass at 6pm. This will be followed by refreshments in the community hall.